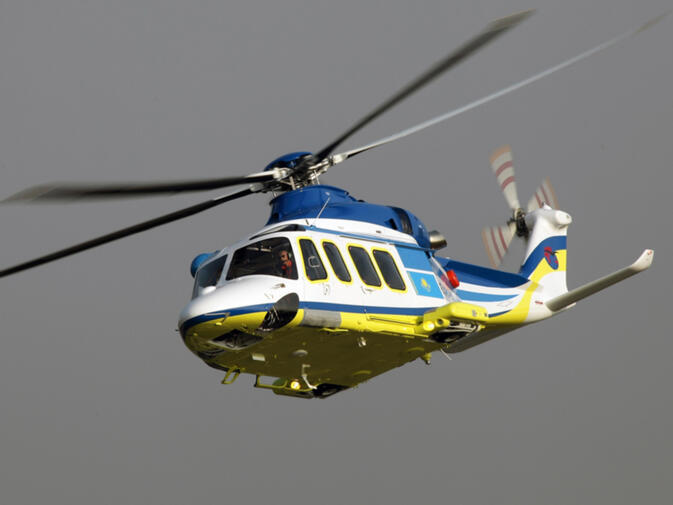 The Yunnan Public Security Bureau is augmenting its police force with the purchase of a multipurpose helicopter. The purchase is part of a nationwide push to double the size of provincial fleets over the next five years. While Yunnan already employs cargo helicopters, especially when fighting wildfires, the new aircraft will primarily be used for surveillance and emergency response missions.

Purchased from AugustaWestland, the AW139 helicopter has a price tag of between 64 and 76 million yuan (US$10-12 million), depending on design specifications. The price paid by the provincial police department has not been disclosed. With a maximum speed of 306 kilometers per hour and a range of 1,060 kilometers, the AW139 will most likely be deployed along Yunnan's international borders.

Laos, Myanmar and Vietnam all share borders with the province and, in the eyes of the Chinese government, present multifaceted challenges to regional law enforcement personnel. Chief amongst these are cross-border human trafficking rings, the importation of illegal drugs from the Golden Triangle and the smuggling of rare animal and plant species from all three countries.

Speaking at the 2015 China Helicopter Development Forum in Tianjin, Liu Daolin, deputy director of the Ministry of Public Security Police Aviation Unit, explained the use of helicopters in China is underutilized. The country currently employs only 28 police helicopter teams, a situation the government, according to Liu, is attempting to remedy:

The size of existing police helicopter fleets is usually small and their operational capability is weak, leading to less than ten percent of mainland cities being covered by police aviation. Meanwhile, the police in many border regions still have no helicopter squads. Fortunately, heads of local public security departments have begun to realize the importance and usefulness of police aviation and have pledged to increase investment in the force.

Liu continued that the country plans to double its overall helicopter fleet by 2020 — as well as vastly expand drone deployments — reflecting a prominent rise in police spending over the past five years. 2011 began a three-year trend where China officially spent more annually on "public security outlays" than it did on national defense. Whether or not that tendency continues in 2015 is unclear, as more recent government spending reports have not featured fully detailed security assessments.

How Can you make references to the X-files and not know about the Green Goblin? My spidey sense tells me someone's being disingenuous.

not only that, but he insinuated that corny jokes are beneath him in the other thread. pompous _ _ _.