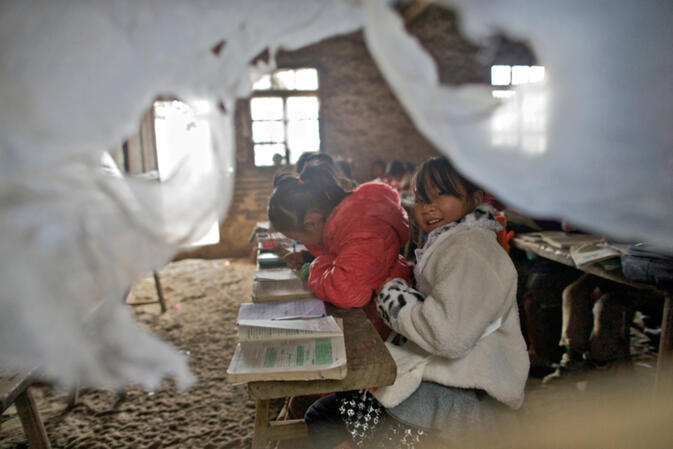 Recently released statistics from the Yunnan Office of Poverty Alleviation and Development show Yunnan's poorest are significantly better off than they were four years ago. While millions continue to live at bare minimum levels, a dramatic decrease in what is termed 'absolute poverty' over the past four years is sign for optimism.

In 2011, an estimated 13 million people in Yunnan earned less than the 'national poverty standard' of 2,300 yuan (US$360) annually. Today, the number living in such conditions has dropped to 5.74 million. The provincial government credits rural road and highway projects and the spending of 18 billion yuan (US$2.82 billion) on 'aid-the-poor' programs for the decline.

Rural incomes are growing at the fastest rate among all demographics across the province. The incomes of small-hold farmers in Yunnan have more than doubled over the past three years, and now average 6,300 yuan. Economic policy-makers aim to build on these gains, and have set two major goals for the next half-decade.

According to a new policy, somewhat puzzlingly named the '63686 Action Plan', no one in the province will live below the absolute poverty line by the year 2020. The economic scheme also looks to raise average rural incomes to 10,000 over the same time by investing heavily in education, occupational training, social security services and infrastructure development.

Promoting the plan, Provincial Party Secretary Li Jiheng (李纪恒) visited Baoshan (保山) in western Yunnan this week. He toured farms where traditional crops such as rice and corn are being replaced by experimental coffee plantings. During one such stop, Li said government action was an important tool in fighting poverty, but ideas from the poor themselves were equally useful:

The villagers here are living in bad conditions, experiencing hardship. I can see their moods are very heavy. We have to listen to their ideas regarding development. They are obviously rich in determination, and I feel they deserve better, more rewarding lives.

Poverty reduction has long been a focus of the provincial government but has received far greater attention since President Xi Jinping visited Yunnan at the beginning of this year. During a trip to several poverty-stricken areas — including earthquake-ravaged Ludian County — Xi said, "[There are] only five to six years left for us to complete the building of a moderately prosperous society in all respects, time will not wait."