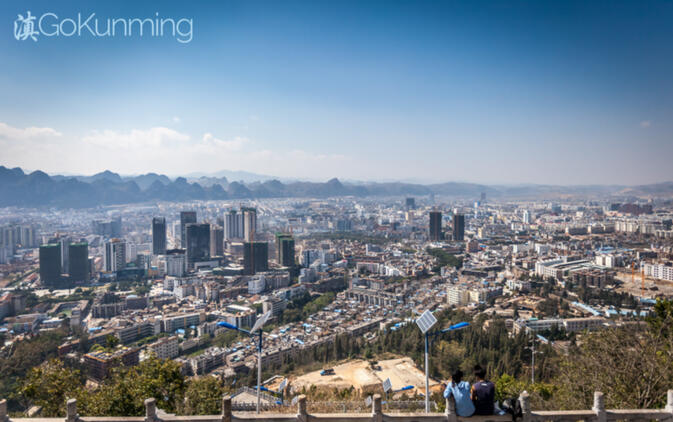 The small prefectural level city of Wenshan has signed an enormous deal with a Beijing-based tech company specializing in the emerging e-government sector. In what may be a Yunnan first, municipal authorities appear to be turning much of the day-to-day work of actual governance over to their new business partner.

The agreement was signed earlier this month between Wenshan City and Beijing Zhengtong Digital Technologies (eGOVA), a publicly traded software and consultancy firm. Details of the deal include Wenshan paying the company 500 million yuan (US$78 million) over the next three to five years for municipal management services dubbed "Wise Wenshan" (智慧文山).

This theme includes the establishment of "one center, one platform, three applications", according to the contract. The 'center' is a cloud-computing database and operational hub from which eGOVA plans to collect and disseminate information and issue recommendations regarding everything from "managing public transportation networks, building and updating utility infrastructure and overseeing urban redesign projects".

The framework allows for eGOVA to oversee some public security services and elder care programs while also directing other "community management and service platforms". The city government also gives eGOVA the authority to make investments with municipal and outside investment money and conduct marketing operations over a three-year period. Any dividends earned by such financing fall under the authority of the Beijing company.

The term 'e-government', or simply 'e-gov', is an emerging form of political management broadly defined by the United Nations as "The employment of the Internet and the world-wide-web for delivering government information and services to...citizens." Supporters claim the system offers increased transparency and gives individuals and businesses alike a larger say in the municipal decision-making process. Detractors counter that such interactions lead the the large-scale government collection of civilians' personal information and thus engenders a loss of privacy.

Wenshan is historically one of Yunnan's poorer areas, with per capita incomes of just over 1,000 yuan per month. The agreement with eGOVA appears to be a rather expensive attempt to invigorate the local economy. Whether this large outlay of funds proves successful could be an indicator as to how cities and counties in the province with similarly lackluster economies conduct the business of governance in the future.

Wow, from the pic, wenshan is much bigger than I thought.