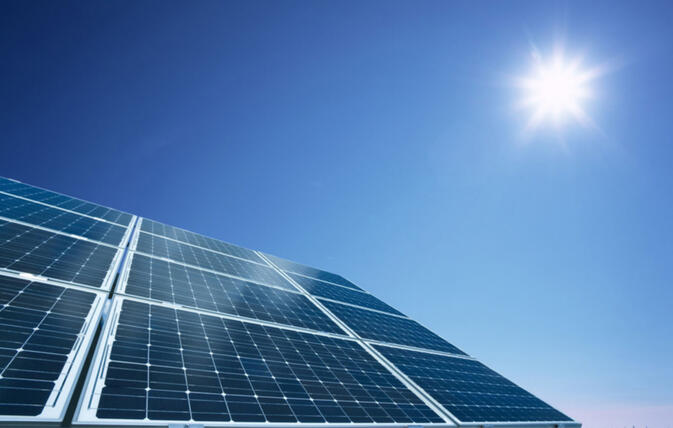 Solar power is shining a renewed spotlight on Yunnan. Last week, Trina Solar announced an agreement with Yunnan Electric Power Design Institute to supply solar cells capable of producing 51 megawatts of electricity. These panels will be the first installment of a larger plan to populate some tea-growing areas in Xishuangbanna with photovoltaic generators.

The proposed solar farm will eventually reach a capacity of 100 megawatts (MW), enough to power roughly 36,000 homes annually. Despite its tremendous size, all of the electricity has been reserved exclusively for large tea plantations within the prefecture. The power will be utilized to run well-water pumps and irrigation systems already in place within the farms.

The Yunnan Electric Power Design Institute (YEPDI), according to an industry press release, will supply "engineering, procurement and construction services for the project". Representatives from both companies expressed hope the collaboration will revolutionize renewable energy projects in the region. Chang Jichun, deputy manger of YEDPI, congratulated Trina Solar as "an industry leader with a vision to build a greener world...[building] a pioneer project in China to put solar power to work on the tea plantations." As a result of the endeavor, Chang continued, Yunnan's "tea plantations can be more efficient with increas[ed] self-reliance and less pollution."

In the first stage of the multi-pronged project, Trina Solar will deliver approximately 43,000 TSM-255 modules and 154,000 TSM-260 versions. Extremely durable and designed to withstand exposure to pesticides and herbicides, the glass panels represent only half of the solar farm's eventual size. With each panel measuring one meter by 1.65 meters, the 190,000 panels eventually covering the farm will take up an area of 660,000 square meters.

Put in perspective, that corresponds to 120 American football fields worth of solar modules placed side-by-side — a sea of glittering black. Each TSM-260 panel comes with a 25-year performance guarantee. Tea farmers in the area are thus assured a long-term source of renewable electricity, with each panel replaceable and upgradeable. Already underway, shipments and installation are expected to be completed by the third quarter of 2015.

Trina Solar has proved itself the most lucrative and successful businesses of its kind, often promising shareholders five percent returns on investment. Founded in 1997, Trina Solar today operates mostly in Africa, China and North America and explosive demand for solar energy has allowed the company to grow exponentially since its founding. Last year, the company sold solar panels able to generate 3.66 gigawatts of electricity. With such success, Trina Solar may well push further into the Yunnan market as the BBC reports Beijing has pledged to introduce programs to significantly expand the nation's solar and wind power industries.

Yunnan province is already home to some of the largest photovoltaic power stations in Asia. Just 70 kilometers southeast of Kunming on the outskirts of the Stone Forest, a 166 MW solar farm is expected to complete construction this year. Once fully underway, the project will generate 188 million kilowatts of energy per hour, eliminating 175,000 tons of carbon dioxide emissions each year. The 9.1 billion yuan (US$1.45billion) project is just one of many reasons Kunming carries the unofficial title of China's 'Solar City'.

Outside of Yunnan, massive endeavors throughout China are underway to reinforce the importance of wind and solar energy while tackling the country's crippling pollution issues. Although often overlooked, China already leads the world in terms of renewable electricity production, currently spending more than US$80 billion annually on enhancing its green energy sector — funding which has facilitated a 100-fold increase in the country's use of solar cells since 2005.

Eating tea with the Bulang people

Is there a specific location for these solar panels - only 3 counties in Xibanna - Jinghong, Menghai, and Mengla. Near what city or town???

Sounds really good to me, hope to see more of the same, and not only in China.

Solar would really work well in some of the dry, sunny places like Puer, Chuxiong or Wenshan.

Xishuangbanna is already tropical furnace in the summers - and it's about to get so much hotter.

Bet nobody addressed that part of the environmental impact study...

Never heard of this one, but I doubt it.