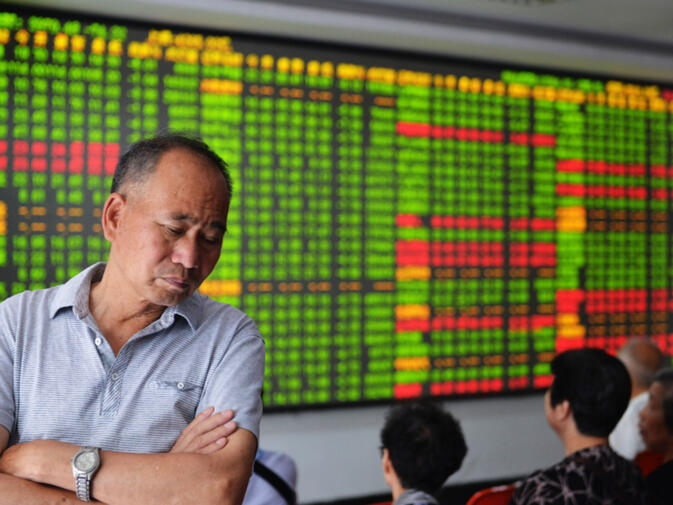 Adam Smith, pioneer of the free market, must be rolling in his grave over China's recent intervention into its economy. On June 12, one of the largest financial bubbles in the country's history burst, unleashing a wave of governmental efforts to hamper further financial decline. Many experts, including analysts from the International Monetary Fund (IMF), warn that Beijing's intrusive policies may have even greater, unforeseen implications.

On June 12, the Shanghai Composite Index hit an all time high after rising over 150 percent in less than a year. In the months prior, the Chinese government actively encouraged the creation of a massive bubble through a combination of low interest rates and supporting major players in the stock market. By mid-June, prices had inflated so much that many Chinese stocks were three times as expensive as any others in the world's top ten markets.

As investors foresaw the inevitable end of the economic boom, many large shareholders began selling stocks in anticipation of a crash. While Beijing's policies may, for the moment, have halted some of the economic downturn, many shareholders have been hit hard. Between June 12 and July 9, the Shanghai Composite fell by almost 32 percent, dropping by more than five percent on some days.

The rapid devaluation of prices stripped Chinese investors of US$3.5 trillion in value as of July 15. Put in perspective, that is over ten times the amount at stake in Greece's recent bailout mess. Unlike austerity policies in Europe, however, the Chinese government has foregone free market forces in favor of aggressive intervention plans.

Beijing suspended initial public offerings and dramatically eased margin loans. Investors have even been allowed to use their homes as collateral, in order to borrow money. The government also lowered interest rates to unprecedented levels and allowed banks to dangerously increase their leverage. The countries' largest shareholders have particularly been the targets of Beijing's most striking measures. Twenty-one of the largest brokerages, under Beijing's encouragement, have pledged to stocks worth 120 billion yuan and hold them untouched for a year. On July 8, shareholders in any company with stakes greater than five percent were banned from reselling shares for the next six months.

These policies have many experts on edge, who fear a re-inflation of the economic bubble could further aggravate already dour ramifications. Zhao Xijun, deputy of Renmin University's School of Finance, posits that private investors will be hit hardest once the full brunt of the recession hits. The "evaporation of fortunes of more than 80 million individual investors [will] pose unthinkable social problems for the country," Zhao argues. Andrew Wood, an analysts at Business Monitor International agrees with Zhao and moreover forebodes that the 'doubling down' effort of the government could pose "[greater] fallout risks should the market continue to collapse".

While Beijing and Shanghai have undoubtedly been hit the hardest, spill-over effects have washed into smaller regions including Yunnan. Since July 11, 30 listed companies in Yunnan have pledged, under the watchful gaze of local authorities, to encourage greater stock investment in their enterprises. These programs include providing their employees greater incentives to hold stocks, facilitate stock repurchases and enhance consumer confidence through greater information disclosure, according to Bloomberg. These Yunnan companies have also pledged to improve corporate governance and internal management in an effort to convince shareholders of their longterm profitability.

Over the past year, many Yunnan-based businesses have seen their shares depreciate by over 50 percent. The coal, tourism and pharmaceutical industries have been particularly affected by the market's rapid implosion. With a large proportion of the province's population employed in these fields, it is possible Kunming and its surroundings may observe a rise in unemployment within the foreseeable future. For now, Kunming Iron & Steel, Kunming Pharmaceutical Group and many others have pledged to maintain a majority of their stock holdings, in line with Beijing's proposals. Whether or not Beijing's ambitious plan will swat away the invisible hand of the free market, only time will tell.

As of this writing, the Shanghai Composite has fallen a further three percent in response to China's release of its second quarter gross domestic product data. Despite economic growth of seven percent in the second quarter of 2015, as expected, already battered investors had hoped for a better-than-predicted outcome.