By Richard Diehl Martinez in Features on July 17, 2015 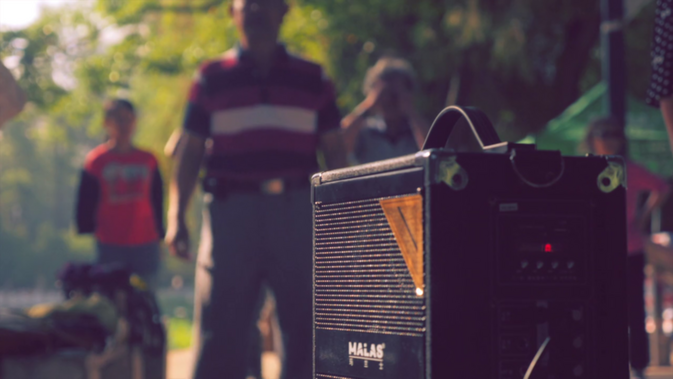 For anyone who has spent time in China, witnessing nocturnal dances by groups of women is not a new occurrence. Every evening across the country, in rural hamlets and huge metropolises alike, ladies gather in public squares and shake it to all different types of music. In Chinese, this is called guangchang wu (广场舞) — literally 'square dance', with 'square' meaning 'public plaza'.

The soundtracks to these communal hoedowns run the gamut, from ancient and scratchy recordings of operatic favorites to soul-suckingly banal pop hits such as Little Apple (小苹果). But seen with a less cynical eye, the nightly gatherings are simply a way to connect with like-minded people who want to step out, get some fun exercise and indulge in a bit of good-natured exhibitionism.

Enter SUP, a Korean dance aficionado who until recently lived in the Spring City and was a member of Kunming's largest dance studio, The Dangsters. He decided it would be fun to teach hip-hop moves to some of the ladies who congregated each day in Green Lake Park because, in his mind, they were already primed to learn:

Chinese guangchang wu culture is amazing. In Korea, there are old people in parks too, but they just sit there and do nothing. Maybe chucking some crackers to pigeons? In Korean culture, dancing is a shy thing, unless you look really good when you dance. But in China, it's a totally different story right? They love dancing. They even love dancing in the street! I mean, a part of hip-hop culture is already in their veins. So, why not have them dance hip-hop? They soaked it up. They loved the moves, they loved the groove.

When SUP approached a group of women one day to ask them if they would be willing to let him teach them hip-hop dance, he was initially met with a bit of confusion. The ladies were unsure if they could mimmic the moves SUP and his friend Aiyuan showed them. After a bit of explanation, the woman who was seemingly in charge of the dances, told him, "Alright, let's give it a try."

He wanted to make the entire process as accessible as possible, so he and Aiyuan searched for music they thought would be "conservative and acceptable" enough for the dancers to enjoy. They enlisted the help of another friend, Sooho, also known as DJ Milky Fresh, who put beats behind the music they chose.

How did the ladies in the park respond? "They loved it! I got tired before they did, actually," says SUP. The women requested copies of the music they were dancing to so they could continue practicing on their own and memorize the routines they had learned. They also agreed to be filmed, with yet another friend of SUP's, Jeji, shooting the footage and eventually editing everything together. SUP recently returned to Korea, but his elderly protégés continue to practice their routines while listening to hip-hop with Chinese characteristics. 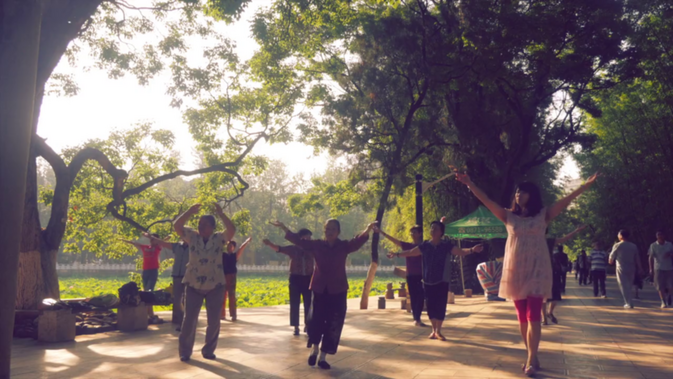 Those aunties got swag yo.