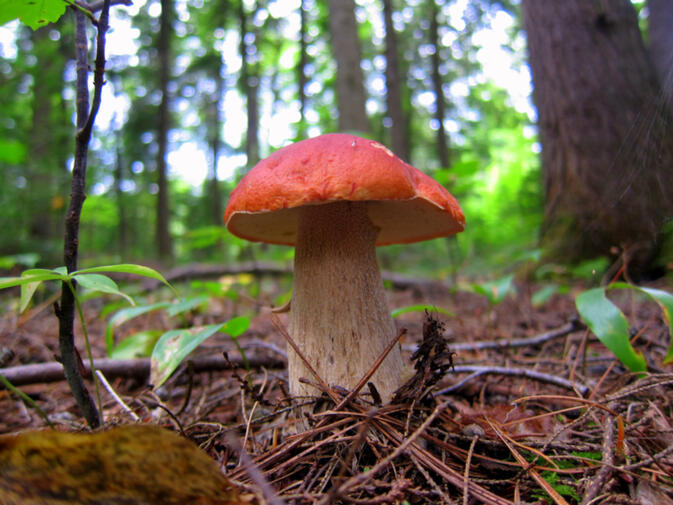 The rainy season in Yunnan is underway, ushering in a foodie's summer delight of wild plants and other delectable edibles. Chief among these for people across the province are wild mushrooms, which sometimes sell for astronomical prices at local wet markets despite vendors and customers not knowing what exactly they are dealing with.

As a precautionary measure, the Yunnan Center for Disease Control (YCDC) recently issued its annual warning to mushroom enthusiasts, explaining how people can best avoid food poisoning when purchasing or personally collecting wild fungi. This is no small matter, as last year 870 people in the province reported being poisoned after consuming wild mushrooms, 29 of whom died.

Yunnan is home to 800 species of scientifically identified mushrooms, with dozens of new discoveries made each year. Many, especially in the genus Boletus, have similar appearances but very different interactions with the human body. When not properly prepared, some varieties of Boletus — known in Chinese as niuganjun (牛肝菌) — cause a range of symptoms including abdominal distension, diarrhea, nausea, dizziness, muscle aches, vomiting and in rare instances, multi-day hallucinations.

Such concerns rarely stifle sales in Kunming, and at the Yunnan Wild Mushroom Wholesale Market business is brisk. The market's manager recently told journalists that vendors are selling between 80 and 100 tons of mushrooms each week, with some types of niuganjun fetching up to 1,000 yuan (US$160) per kilogram.

Prices are expected to drop significantly as the rainy season progresses and mushroom inventories grow. Also predicted is the arrival of street vendors selling fungi they may not have properly identified. The YCDC recommends people shopping for mushrooms only buy from licensed retailers, while those foraging for themselves consult professionals before cooking rare or undetermined species.

Yunnan's summer bounty of mushrooms often bewitches people who have spent their entire lives collecting wild edible plants and fungi. Along the Canshan mountain range in Dali Prefecture, at least 400 people have died since 1978 of "Yunnan sudden death syndrome", a still unexplained phenomenon thought to be linked to eating foraged mushrooms.

yep and fake mushroom s last year too. expec this again where cheap mushrooms are painted to look like th eexpensive one

The World Agroforestry Centre's East and Central Asia office has published a book "Mushrooms for Trees and People", subtitled "A field guide to useful mushrooms of the Mekong region". It describes the use and edibility of many mushroom species in Yunnan and can be downloaded for free through us (humidtropics.cgiar.org/[...]

A book review was done by Gokunming in 2014:

The link above wasn't parsed properly, this one should work:

If someone can tell me how to put an arrow on a google map, and then post a link to the annotated map, I can put up the location of the wholesale market that specialises in mushrooms. They will be much cheaper there than anywhere else.

Be aware thought that the qizong are currently new season and about 45rmb/liang i.e. 450rmb/Kg.