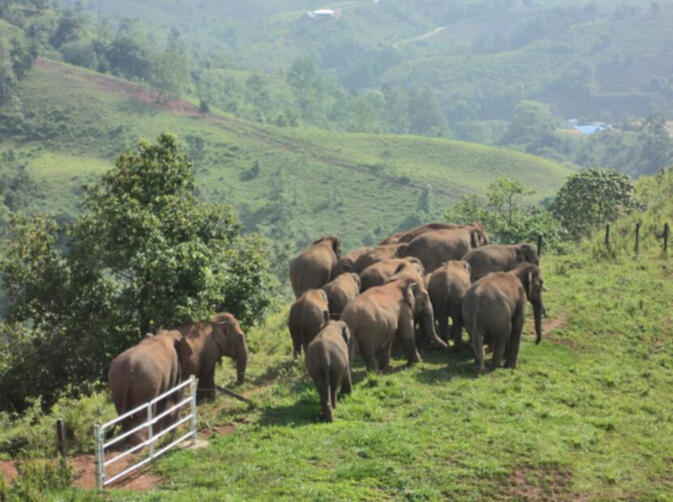 Often when elephants make news in Yunnan it is for all the wrong reasons. However, snapshots taken this week in Pu'er show an apparently healthy herd of pachyderms meandering their way harmlessly through a coffee and tea plantation before disappearing again into the surrounding forest.

The sighting took place outside of Manzhongtian (曼中田), a small village midway between Pu'er City (普洱市) and Yunnan's border with Laos. Nineteen Asian elephants reportedly skirted a fence, walked through an open gate and then milled around with a herd of cattle for an hour. The only damage done was to a few banana trees, from which the animals stole a light snack.

Plantation owner Bai Yingfu (白应福) told reporters it was not the first time the animals had crossed his land. "This is the third time they've visited", he said, adding similar occurrences took place last summer and again in early 2015. Each time, the elephants ate a bit of corn or bananas and bathed in a pond on Bai's land, never causing any trouble other than slightly spooking his cattle. This is a marked change from typical news accounts concerning elephants in southern Yunnan, which often involve poaching for ivory or maulings.

On the surface, Bai's may sound like a simple feel-good story, but the farmer believes there is a deeper underlying meaning. "That the elephants come back means the environment here is still very good," he said, citing his plantation and those in the surrounding area adopting the organic and sustainable farming methods often required by coffee buyers such as Yunnan's Ai Ni Group (爱伲集团).

Yunnan is the only province in China still home to indigenous Asian elephants, a local point of pride and focus of some national support for the past six years. In 2009, a 54,700-hectare, cross-border nature reserve was established in Xishuangbanna and Laos in hopes that elephant herds could move about unmolested. More recently, the government of Pu'er spent 2.6 million yuan (US$420,000) to establish an 'elephant feeding ground' to keep the wild animals away from cropland.

Yunnan Forestry estimates say the province's elephant population of roughly 300 individuals is growing, crediting conservation and education efforts. The sighting in Pu'er may help corroborate such optimistic evaluations, as the herd was larger than is typical and included several juvenile and adolescent members. A new national ivory trade law announced last week should help Yunnan's elephants even further. 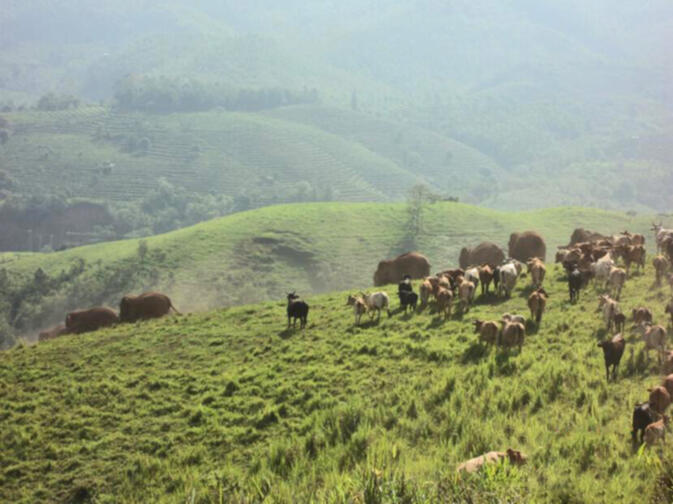 Cool!
This is also where Manlaojiang 曼老江 coffee, the coffee served at Sal's, comes from