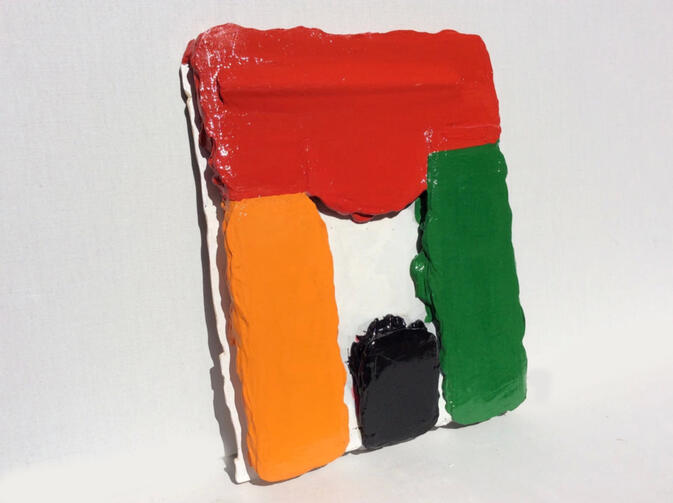 Many young Yunnan artists these days feel the need to broadcast their provincial roots, drawing from the beautiful landscape, the golden sunlight, or the seemingly inexhaustible supply of ethnic cultural resources, to tie their art to the land. That is not the case for Fu Meijun (付美军). This Dali native, a recent university graduate, creates conceptual art that would seem at home almost anywhere in the world.

Fu's solo exhibition recently opened in Kunming and is called Absolute Error (绝对误差). It presents the artist's works since his graduation from the Yunnan Art Institute in 2012. The showcase appears at first to be somewhat scatter-brained, as if this is not, in fact, a solo exhibition.

One wall features a series of small diagrams done in pen and paper. The opposite wall displays a series of paintings in red and green, which seem to be his signature colors. At one end of the gallery space are two mixed-media installations that look almost like sections of floor tile attached to the wall. On the opposite corner, is an array of chopsticks and other everyday objects, painted again in the signature red and green. 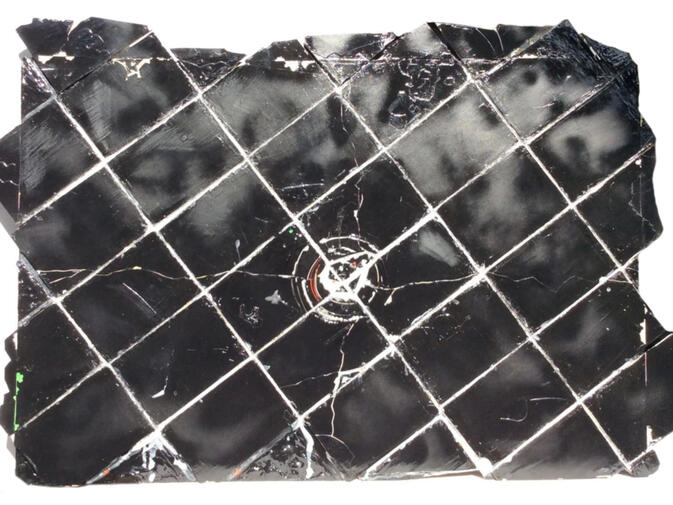 Closer examination gives us a glimpse of a unified direction in these different experiments. Over time, the artist's work grows increasingly simplified as he reduces different visual forms down to their conceptual structure. The key themes he is exploring appear to be color, space and perception, which of course are the underpinnings of any visual art.

Most of the works in the exhibition explore these visual elements. Two mixed media installations, however, break this mold. Smash and Step are both arrangements of wooden tiles on the wall. Unsurprisingly, the tiles in Smash have been smashed. Step is not so obvious at first. The artist walked on these tiles, slightly displacing them and scuffing them up. Here, instead of visual perception, we are presented with the aftermath of actions, sometimes overt, sometimes more subtle.

Now 26 years old, the artist seems to still be finding his way. We are presented with a temporal progression, rather than a series of works in a mature, finished style. Fu Meijun still has a way to go, but I am happy to see the local community in Yunnan providing him with room to grow, and glad to see a young artist who does not need to move to Beijing to spread his wings, or to use half-naked minority girls to make his mark as a Yunnanese artist.

The Fu Meijun solo exhibition, Absolute Error, will be on free display at Tai Project until February 6.

Editor's note: This article was written by GoKunming contributor Jeff Crosby. Crosby is a translator of Chinese art literature and a longtime Kunming resident. He can be contacted at Crosbyart. If you would like to submit an article for publication, please get in touch with us via the contact form. 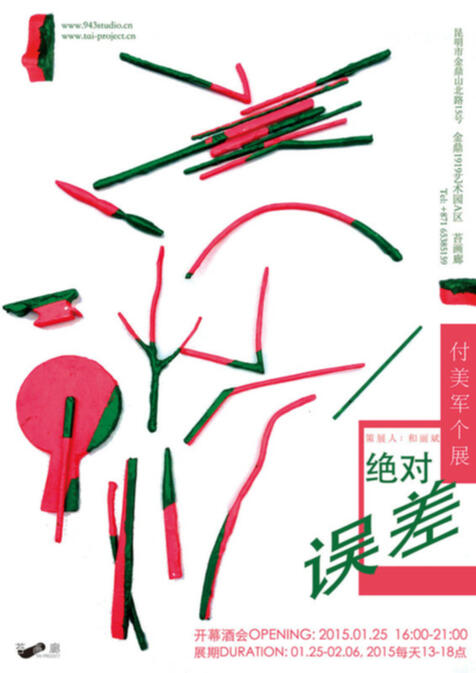