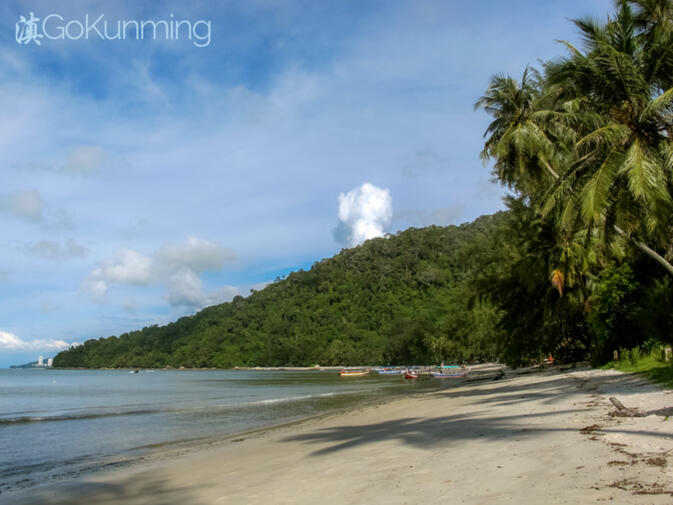 Multicultural and a foodie's paradise, Penang has a colorful history of Chinese, Indian, Middle Eastern and European connections. This Malay constituent island rests on the northwestern coast and is renowned for its flourishing tourism, cultural diversity and smorgasbord of culinary delights. It is often referred to as 'The Pearl of the Orient'. We decided to jump on a plane and check out some of the street art, food and other highlights Penang has to offer. 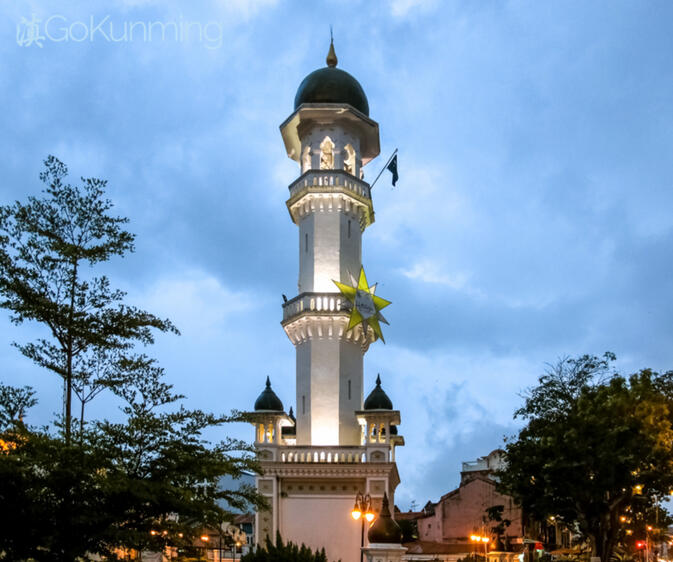 Foreign forces have had a heavy influence on the history of Penang, be it Hindus from India, Muslim merchants from the Middle East, the Portuguese, the Dutch and more recently the British, who colonially ruled Penang for more than a hundred years until Malaysia's independence in 1957.

Legendary Chinese explorer Zheng He, a Yunnan native, was reportedly the first to map what was then referred to as Penang Island in The Nautical Charts of Zheng He back in the Ming dynasty. Later, Francis Light, who hailed from England, founded the British colony of Penang in 1786 so as to establish a profitable eastern trading port for spices, tea, china, gold, and other valuable commodities.

Penang has survived everything from Thai and Burmese invasion attempts to Japanese aerial bombings. The latter ultimately led to it falling into the hands of the invaders in 1941, where it stayed until the Japanese surrender in 1945.

In 2008, Penang's northeast capital George Town was officially listed as a UNESCO World Heritage Site. The good people of George Town — or Penangites as they are known — have done well to preserve their historical, architectural and cultural heritage. The capital city has a unique, diverse and curious feel to it. 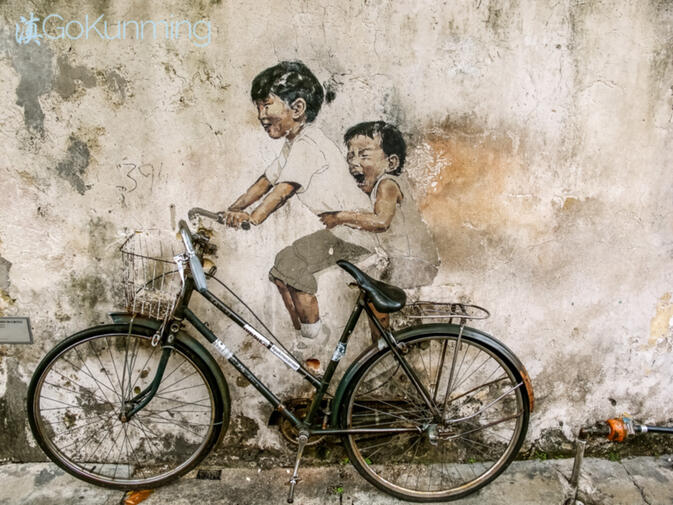 One of George Town's main attractions is a free public street art display that pops up all over the city's nucleus. This project began in 2012 as part of a festival called 'Mirrors George Town' which featured artists from around the world and has since become a favored highlight for visitors.

Tourists can pick up a Marking George Town map from tourist information centers, travel agencies or hotels across the city, and then walk around exploring the murals and wrought-iron caricatures. Photographers love to snap shots of the various works and because many of them are interactive, one can literally step into the picture, creating a 3D scene.

It's a bit like a treasure hunt only the treasure is funky art. Banksy would surely be proud. However, the popular installations have recently come into conflict with local authorities, who say many of the works have been painted without permit and don't "reflect what Penang is all about", according to a recent article by The Malaysian Insider. 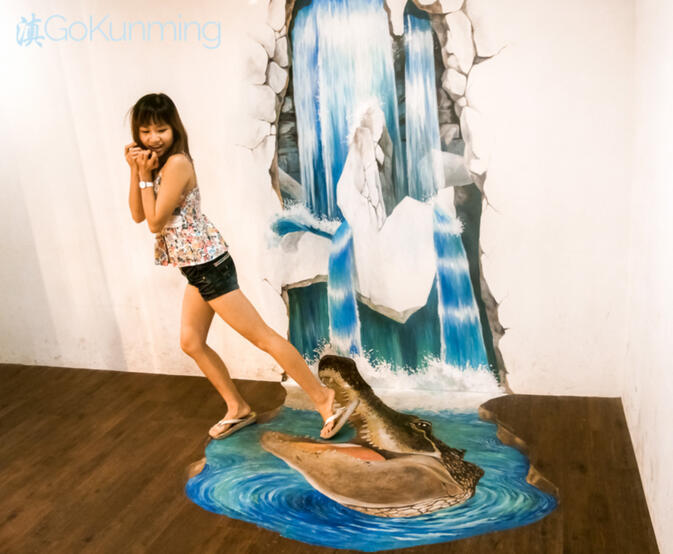 The Penang Time Tunnel is an interactive history museum that allows visitors to travel back to Penang of 400 years ago. Inside, people are permitted to photograph the sculptures, wall displays, antiques and artifacts. The facility offers information in both English and Chinese. It strives to bring to life Penang's fascinating history in a fun and accessible way that is also suitable for kids.

After a day of pounding the streets of George Town checking out street art and the Time Tunnel, we accidentally came across an intriguing bar. It turned out to be a cross between something from Fawlty Towers and the Addams Family, called B@92 Eat and Drink. It's a family-run business owned by a Serbian chap named Alex and his Malaysian wife Jun.

Alex has a sharp sense of humor, quick wit and an incredible collection of music spanning almost any genre. The bar has an oddly pleasing museum atmosphere to it and there is a fine selection of beverages as well as both local and western food. It pulls in a variety of pirates, both local and foreign, and seems to leave a lasting impression on everyone who visits.

"If a mosquito bites me it will drop dead from cirrhosis!" Alex says in his thick Serbian accent. "I can trust alcoholics but not lawyers!" he booms with his trusty glass of whiskey close at hand. If you go to the bar, be sure to ask Alex about how he got his skull ring. The question might just get you a free drink. While Malaysia is largely a Muslim country, it is still possible to find alcohol in many bars and restaurants in Penang, though expect to pay slightly more than Chinese prices. 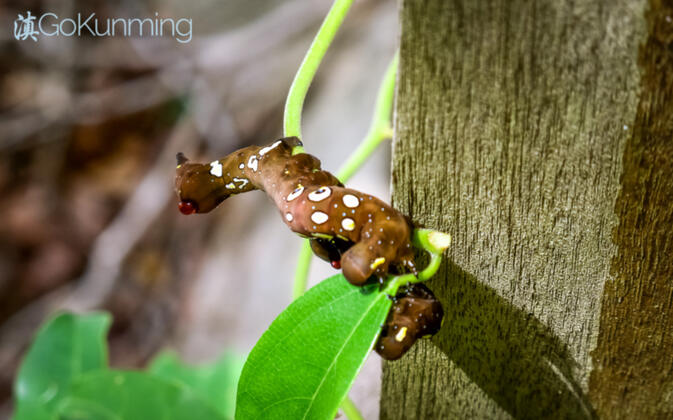 Batu Ferringhi is situated on the north-east coast of Penang and is the island's main beach resort area. Here you will find a night bazaar, stacks of accommodation, food halls and restaurants, which all come alive at night. While the beaches there are not as pristine as some of Malaysia's other islands, one can still find a few beautiful ones inside Penang National Park, just a short bus ride away.

The national park, known to locals as Taman Negara Pulau Pinang, is Malaysia's smallest national park. We decided to take a trek through it and ended up following one of the three trails. It ended up taking us to the aptly named Monkey Beach. The walk takes about an hour and half, going at a medium pace, and offers lush rainforest and ocean scenery and signs explain the local flora and fauna.

Monkey Beach boasts whitish sand, palm trees and yes, you guessed it...monkeys. Crab-eating macaque monkeys to be exact. They make an appearance at various times throughout the day, but usually when it is quiet and there are not too many people around. Entrance to the park is free, but you must register and get a permit at the park office.

Another option near the national park is the Tropical Spice Garden. The two destinations are situated along the same road and easy to get to by bus from Batu Ferringhi. The gardens are a nice way to beat the heat and walk under the shade of the tropical palms and other, more exotic plants. The modest entry fee comes with a free audio headset for unguided tours and a small open-air tea stall offering free herbal teas alongside a selection of native spices and souvenirs. 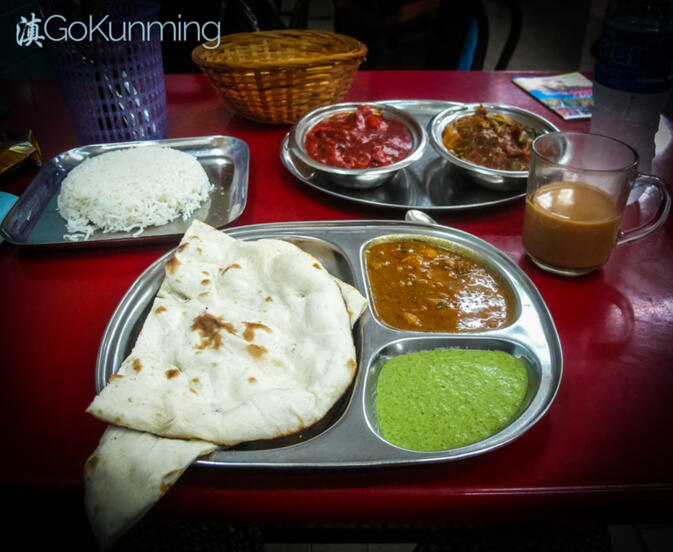 It is impossible to write about Penang and not mention the food. The island is home to some of the most delicious Indian, Chinese and Malay dishes. In George Town, Gurney Drive is a happening place for checking out some of Penang's local delicacies from amongst the many street hawkers and restaurants.

Batu Ferringhi also has a large beachside food hall that is usually packed at night and offers a range of fantastic food and cheapish beers. Last year Penang was named the top culinary destination in the world by Lonely Planet, and whether it is a Penang laksa or satay the you are after, you will surely find it somewhere around the island. Again, food and drink prices are generally higher than in Yunnan. As Kunming Changshui International Airport slowly ads new direct routes, visiting foreign countries with fewer stops is getting easier. As of this writing, Air Asia operates direct flights from Kunming to Kuala Lumpur that can start start around 500 yuan one way.

Additionally, flights from Kuala Lumpur to Penang can run as low as 175 yuan one-way and take just 45 minutes. Most nationalities can be issued a 30-day visa on arrival. For more information check out the Malaysian government website. 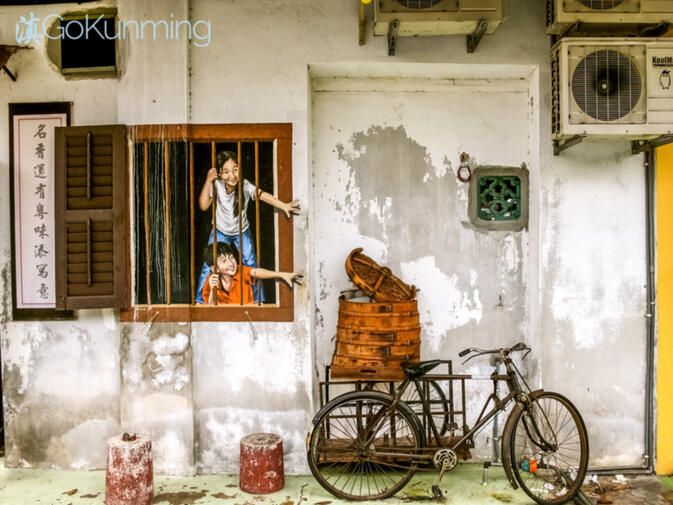 Now and through time.