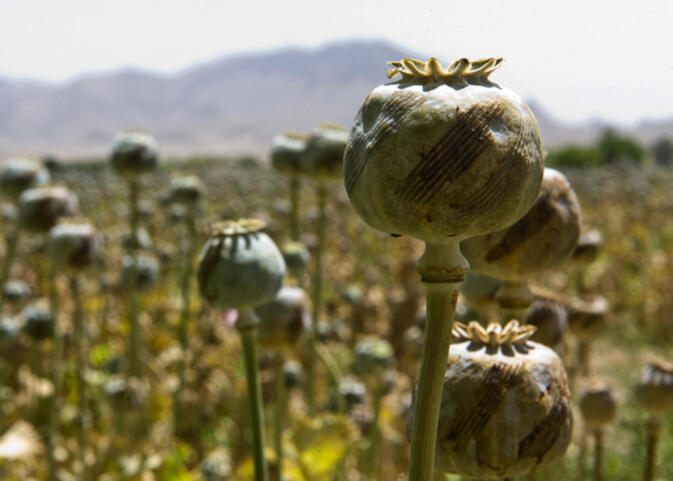 A report released this week by the United Nations shows opium production in Southeast Asia continues to rise despite eradication efforts in several countries. Demand for the drug and its derivatives, specifically heroin, remains highest in China and the vast majority arrives via Yunnan province.

Issued by the UN Office on Drugs and Crime, the Southeast Asia Opium Survey 2014 focuses on production of the drug in the countries of Laos and Myanmar, but excludes Thailand because data for this year is not yet available. Broadly speaking, the report found that opium crops in Myanmar — the world's second largest source for poppies — appear to be leveling off after several years of continuos growth.

Meanwhile in Laos, land used for the cultivating the flower nearly doubled between 2013 and 2014. Yields per hectare also rose dramatically, from six kilograms to 14.7. Combined, the two countries are home to an estimated 64,000 hectares of poppy farms, which this year produced a combined 762 tons of opium.

After being harvested, much of the narcotic is chemically refined to make heroin and then sold on both domestic and foreign black markets. China is an exceptionally lucrative destination for heroin dealers from Myanmar and Laos for two main reasons. 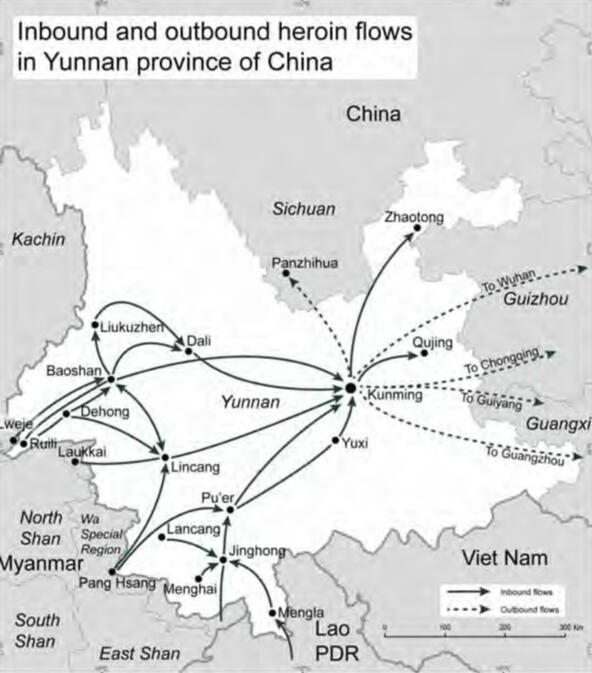 The first of these is Yunnan's vast international border, which often runs through rural and rugged areas that are not particularly well patrolled by police or the military. The second, and seemingly more significant reason, is that China is too large a market for drug dealers to ignore. Demand for heroin on the mainland is already considerable and still growing. According to the UN report:

Despite an incredibly successful eradication program which began in 2000, Myanmar has seen a steady increase in poppy production since numbers bottomed out in 2006 — the height of the campaign. Increased cultivation is blamed on rising demand, but more largely on the effects of a 65-year long civil war still being waged in Shan State, where 89 percent of Myanmar's poppies are grown.

Poverty is the other main cause in Laos and Myanmar, according to the UN report. While collecting on-the-ground data for the opium survey, UN-funded researchers interviewed small landholders in both countries. More than 70 percent of respondents said they grew poppies to supplement household incomes, often increasing the amount of money earned each year by more than 30 percent.

Bigbusinessmen and the exploitation of the poor.