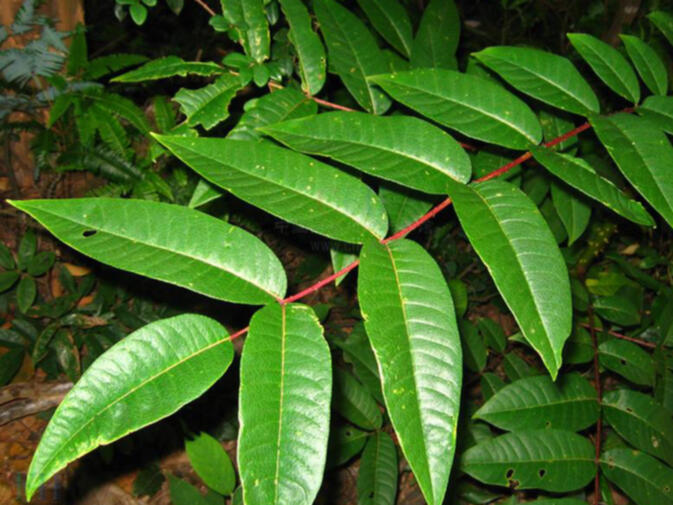 Researchers working in Yunnan have identified a plant species native to Xishuangbanna with natural antimicrobial properties similar to the synthesized chemical compounds used in modern antibiotics. It is believed the discovery might lead to the development of new, all-natural medical products.

The plant, Zanthoxylum myriacanthum — colloquially referred to as maqian (麻欠) — grows wild in the subtropical forests of Yunnan's southernmost prefecture. Long known to Dai minority healers, the plant and its fruit are distantly related to huajiao (花椒), or Sichuan peppercorns. Scientists from the Xishuangbanna Tropical Botanical Garden (XTBG) found that Dai people use maqian in the treatment of a variety of ailments ranging from cholera to typhoid, malaria and plague.

Doctor Zhang Ping, a researcher analyzing maqian, told South China Morning Post (SCMP) the plant has near "magical power", adding, "I had never heard of it until I came to Xishuangbanna. It is totally new to the rest of China and the world." In addition to surprising medical applications including use as an internal antibiotic and external antiseptic, the seeds are also commonly incorporated into local cooking.

Zhang and others studying maqian published their findings last month in the Journal of Ethnopharmacology, a scholarly magazine concerned with indigenous drugs from around the world. The XTBG team is now conducting further research on the essential oils present in maqian fruit, as well as studying how the plant can be more widely cultivated.

They hope further research will lead to the development of a natural alternative to common antibiotics. The discovery of maqian's medicinal applications could not have come at a better time. As the SCMP article points out, China's use of such drugs per capita is the highest in the world at a time when global consumption has risen 36 percent since 2000.

Fears arising from the overuse and misapplication of antibiotics have lead many in the international medical community to issue dire warnings regarding the emergence of drug-resistant pathogens. Ramanan Laxminarayan, co-author of a Princeton University study on antibiotic use worldwide, has said "This is a problem at the scale of climate change in terms of urgency, but we don't have anything close to the architecture of science to look at [it]."

Great find, but one question lingers, pertaining to the issue raised in the last paragraph: do natural antibiotics evolve along with bacteria's resilience against it? What is the advantage of using natural over chemical antibiotics, as chemical is probably derived from natural anyway?

Also how many times a day can one take Ramanan Laxminarayan?

what i read is chemical antibiotics can harm the gut flora and if taken too much will weaken the immune system. perhaps natural antibiotics don't have this negative effect? not sure.