By Patrick Scally in Features on December 26, 2014 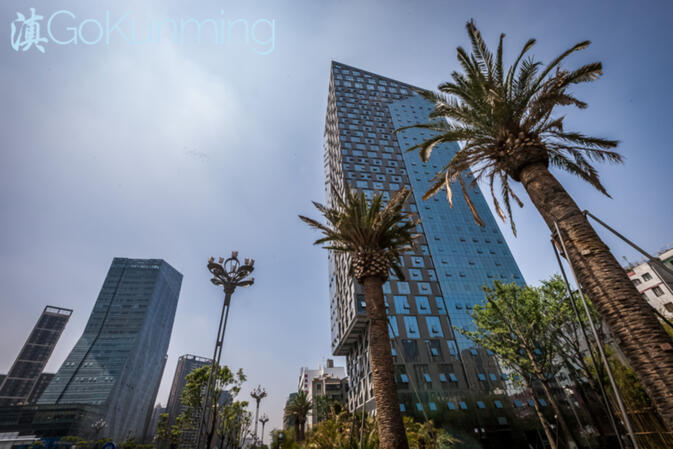 The end of the year is a special time in which editors and writers around the world recycle content from the previous twelve months and repackage it as new. We at GoKunming are not above this practice.

The year was a tumultuous one with a shocking occurrence that put Kunming on the world map for all the wrong reasons. The brazen train station attack in March shook not only the entire province, but the country as a whole.

There were of course encouraging bright spots as well that reminded us, once again, why we choose to call Yunnan home. So here's our look back at the people and events that shaped 2014 in southwest China. 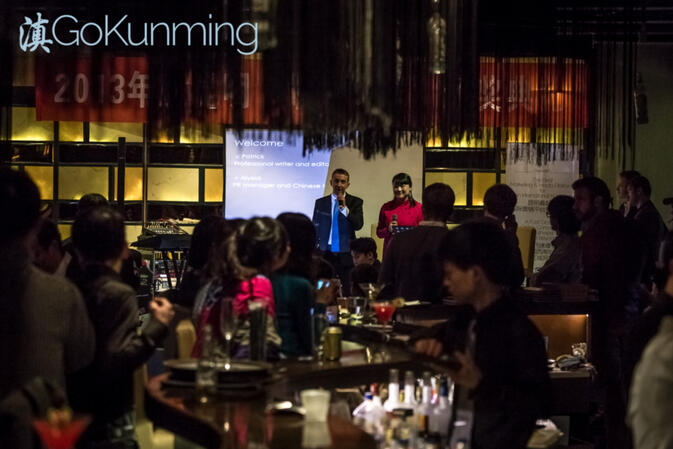 Not surprisingly, 2014 began with a year in review article much like this one, followed by a party for the best businesses the Spring City has to offer. A new museum dedicated to Yunnan's amazing history appeared to be in the offing but Jim Goodman's alacrity trumped the builders and taught us a thing or two about Ghengis Khan's descendants. Tragedy in the form of a conflagration struck Shangri-la in the province's northwest. Helping out kids with bad eyesight never felt so good, Beijing intentionally forgot about all of us and, in the process, made us feel bad. However, things could have been far, far worse. While Yunnan raced the other provincial economies of China, a special kind of numpty suggested the seemingly impossible, reviving something already smashed beyond repair. We did a bit of housekeeping and ended up with an entirely new perspective as well as a completely refurbished home. We hope you like it as much as we do. As per usual this time of year, nearly everything closed down as the entire country celebrated Spring Festival and welcomed the Year of Horse. We spent the holiday in one of our favorite places, the little village of Shaxi. 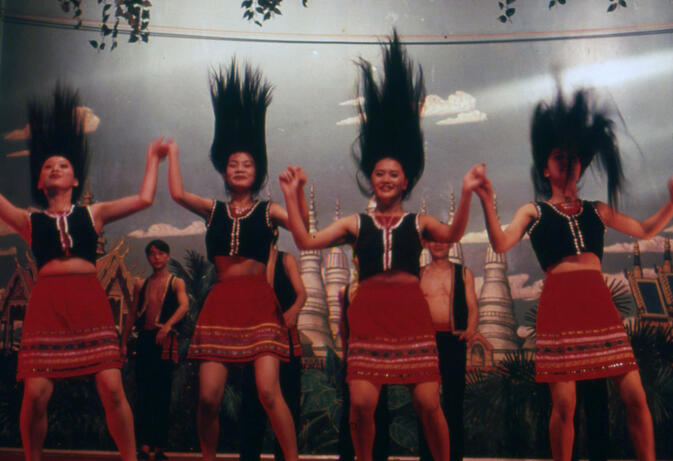 The Wa Hair Dance in a Dongfeng Lu restaurant

Spring Festival over, Yunnan got down with some math and figured out it was quite good at trading with its neighbors. Tragedy struck in Tengchong, when a jealous man went on a shooting rampage involving his own family. Turtles were hilariously pulled up and down mountains, the province readied its fire trucks for the inevitable and people in northeast China scrambled to buy produce grown South of the Clouds. Kunming got a new fast food peddler, and the anticipation sparked perhaps the longest and most inane conversation GoKunming has ever witnessed. More ugly monsters were pulled from the Triassic dirt of Yunnan and the province's party boss talked a really good game. We'll get back to him in part two of the Year in Review. Mikey got married and we all went along for the ride. Thanks to him and A Qin for letting us all attend their Lincang wedding. While Kunming tested out some spiffy new garbage trucks designed to protect the environment, a Tibetan woman living in Shangri-la effortlessly started running marathons at a breathless 4,000 meters. Audiences in Kunming were treated to two very different kinds of live performances, one by an English DJ specializing in cutting up electronic beats and the other by an enchanting forest creature. Ever curious what Yunnan's capital looked like in the 90s? Luckily, Jim Goodman had the pictures and some pretty fantastic stories to go along with them. 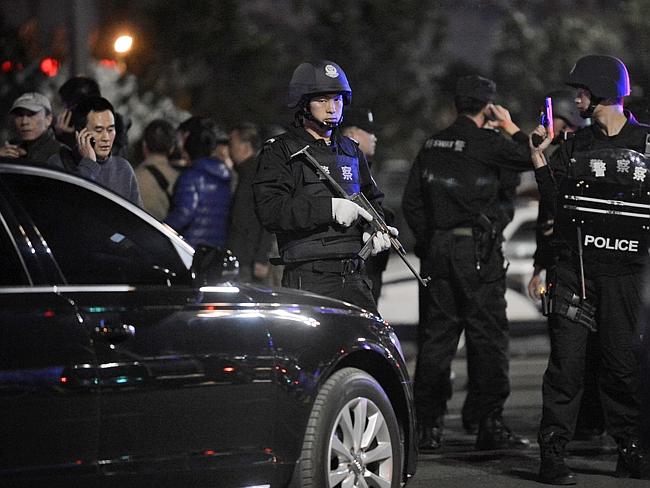 On March 1, Kunming endured one of the worst days in its long history when armed sociopaths entered the train station and left a trail of death in their wake. Showing its resiliency, the city quickly rebounded and news was not long in coming that several suspects had been arrested following a massive province-wide manhunt. A new record label tried to put our collective heart at ease and we did what most do when tragedy strikes — seek solace in food. In fits and starts, information started coming to light surrounding the Kunming Train Station attacks. As one man drove a car full of bears through Zhaotong, two GoKunming contributors headed off to Luoping and its brilliant yellow fields. Yunnan's fragile cultural heritage was in need of some tender loving care. Whether Beijing will provide it is another matter entirely. The Public Security Bureau issued some interesting regulations and the United Nations countered with incredibly dire warnings of its own. Kunming got serious about consumption, Great Britain embraced its GREATness and officials fretted about their free cars. Must be rough. A horse, a sad boy and some musicality combined to explain where the Yi three-stringed lute originated. Will man ever 'triumph over nature'? Probably not. But that didn't stop people from trying and then trying again. Will man ever triumph over himself may be the better question. Two incredibly moronic stories may provide the answer. While urban management officials could be mistaken for potted plants, the size of the hearts of many GoKunming readers was indisputable. We went happily to Puzhehei and the provincial government rather grumpily traveled to a major lake deemed to be in danger. Not done traveling, a visit to a village in the shadow of Yulong Snow Mountain rounded out a whirlwind 30 days. 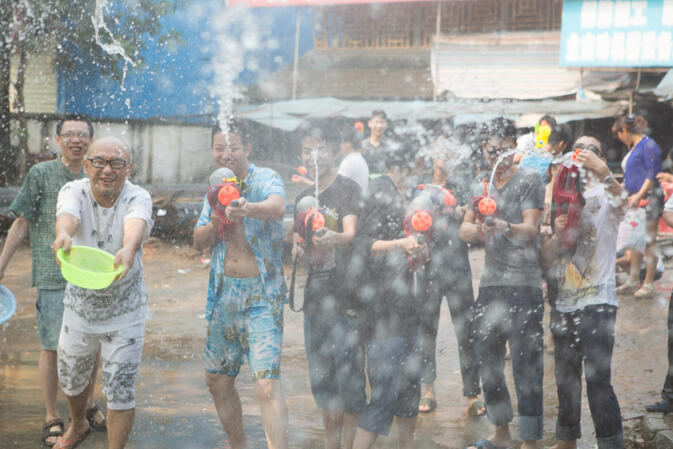 The month began with a joke, but Yunnan's governor was quite serious about doing business in Bangladesh. Growing up in rural Yunnan can be incredibly difficult for some, as Tony's story showed. China celebrated the veneration of its ancestors with a bit of spring cleaning, a venerable medicine company finally admitted one of its drugs had just a wee bit of toxicity and an old town narrowly escaped disaster. Dams, dams and more dams were cluttering the province's waterways and we had the map to prove it. A quick and bucolic trip just outside of Kunming led to travel further afield for a very public group bath. Freshly clean, we got excited about the subway but a party-pooping panda only wanted to watch TV. Fire threatened portions of the Spring City and blackened the skies while people making incredibly crappy noodles got their comeuppance. The food wasn't all bad and neither were the prizes, but the air was increasingly worrisome to many. Money, or the promise of it, kept on flowing into Yunnan and tall, tall buildings were sprouting up everywhere. More impressive than construction, to people at the Massachusetts Institute of Technology at least, were the province's monkeys. Well...some of them. You know, the genetically altered ones, with lasers. It was once again time to tackle 'uncivilized behavior', which this time involved not allowing anyone to eat endangered beasties, unless they wanted to go to prison. 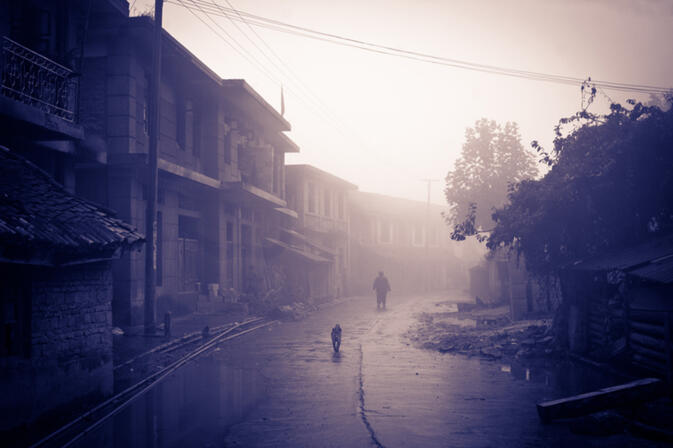 A new subway line opened to much fanfare, but the monkeys — not the ones with lasers — had to stay at home on Baima Snow Mountain. Police were allowed to carry guns, making many wonder when the first shooting would occur. Less than a month, it turned out. Drought reared its ugly head once again, albeit much later and much less stridently than in years past. Yunnan's airspace was quite cluttered, someone proposed trains to just about everywhere but the moon and officials in Qujing took the fall for a horrible mine accident. Looking for some alone time, we visited an incredibly cool mountaintop ghost town in northwest Yunnan before coming home to check out some great new tunes. Things between China and Vietnam got very tense. A controversial drop-off point for 'unwanted babies' opened, making it the first facility of its kind in Yunnan. A local artist got busy with some trash while the city welcomed two important scientific conferences. The United Nations visited our fair province promoting education but everyone was too excited about Kunming's annual orgy of economic activity to take much notice. News broke of a dam with what might kindly be called serious structural inefficiencies so we headed far far away to Lugu Lake and then spoke with a woman who couldn't be more serious about the environment. 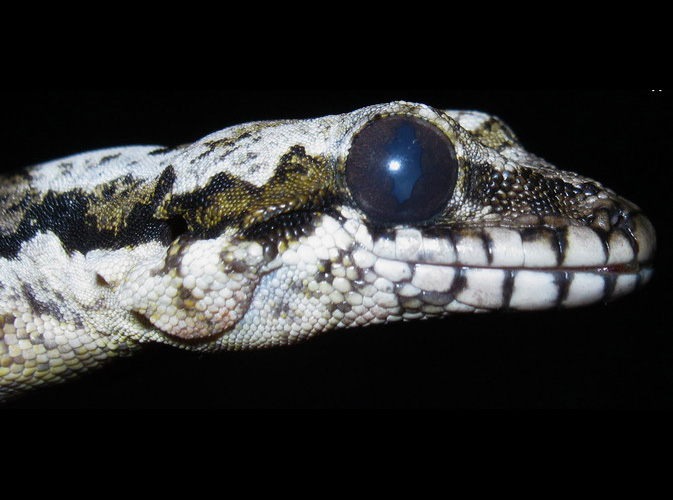 China went mad for boats and drums and dragons and then things got very serious. We wondered what it would be like to have a job selling fruit everyday. Turns out it's pretty hectic. Double-decker bus tours through Kunming became a reality just as police accidentally shot up a bus on Wenlin Jie. Reminding us of another reason why we live where we do, scientists identified a treasure trove of new species in the neighborhood. The city's somewhat dilapidated railroad museum got a much needed facelift, American university students were sent down to the countryside, seemingly everyone and their moms made money and local high-schoolers were given access to tuition grants for the first time. Drug dealers from south of the border were sent to Yunnan but the GoKunming community was too busy helping out a woman in need to notice. Boondoggle isn't a very commonly used word, but it fit the situation in Hekou just fine when the city managed to squander 600 million yuan. It appeared as if Zheng He, China's most famous admiral, would never sail again. Speaking of the past, we delved into some touchy World War II history with some serious translation help. Thanks, Brian. Cab drivers may be much-maligned, but, as we found out, they've got feelings too. China's point man for oil imports from the Middle East passed away. Rest in peace, Crazy Yang. The half-way mark of the year passed with dozens of Yunnan officials accused of corruption, setting the tone for the next six months of 2014 in an ominous way.

Whew, that was a busy 181 days! Check back next week when we take a look at what made the second half of 2014 special. 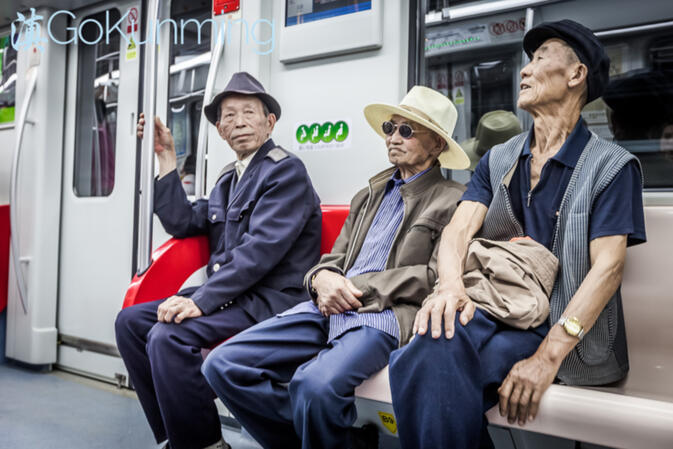