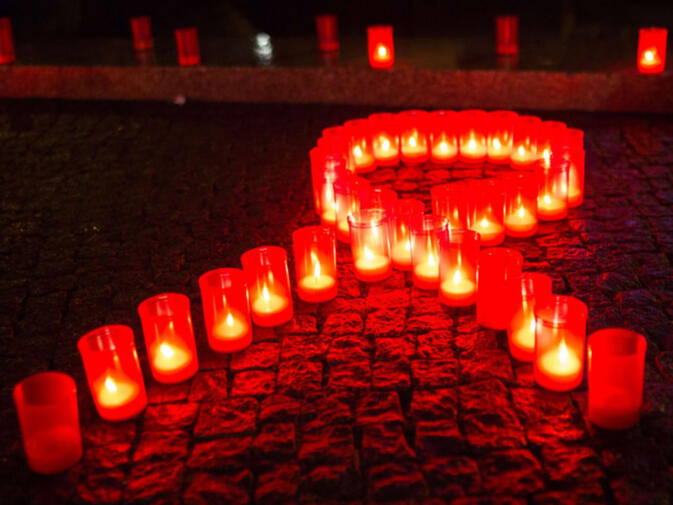 Monday, December 1, is World AIDS Day. As it has done for the past several years, China's Ministry of Health (MoH) issued a report on the state of the HIV/AIDS situation in the country one week before the event. And, as is the norm, statistics from Yunnan again showed the province earned the troubling distinction of having more cases of the disease than anywhere else in the country.

Data from the report was compiled over the first ten months of 2014 and compared to similar figures from the same time last year. The analysis is used mainly for identifying trends in the disease's spread and designing tailor-made intervention strategies. So far this year, 9,601 newly-infected people have been identified in Yunnan, according to the MoH.

Transmission rates are currently growing among "college students, the elderly, gay men and migrant workers". In the past, intravenous drug users were the demographic that most concerned public health workers and accounted for all of Yunnan's infections as recently as 1989. This trend has now almost completely reversed itself. Of the new cases detailed this year, nearly 90 percent occurred through sexual contact — a ten percent jump over 2013.

The prefectures of Xishuangbanna in Yunnan's south, and Zhaotong in the northeast experienced significant increases in their number of new cases of HIV/AIDS. In a sobering assessment of Yunnan's overall situation, the report declares:

In the province, the situation surrounding HIV is not optimistic...Prevention efforts have to be increased because the number and skills of existing professionals and technicians does not meet [current] requirements. In some areas, some officials and workers have been sluggish and lax in their job of fighting HIV.

The report did also contain some optimistic notes, including falling numbers of cases in Yunnan. Three years ago, provincial health officials recorded 93,500 infections or AIDS cases. In 2014, that number dropped to 79,915. Increased awareness, community outreach programs and sex education in schools are credited with the drop.

China's HIV/AIDS statistics are often criticized by international health organizations as being deflated or inaccurate. At a national conference on AIDS awareness held in Beijing earlier this month, Chinese first lady Peng Liyuan quoted government figures, saying the country has an estimated 810,000 people living with HIV/AIDS, although only 490,000 are thought to be aware of their condition and how it can be spread. Ministry of Health estimates for such understading in Yunnan top 70 percent.

Image: Getty via The Baltimore Sun

Once lay next to a guy trying to "find a vein" on a sleeper bus to Zhaotong. Never had more trouble trying to get to sleep...

studies show that more and more one night love affairs are leading to in crease in AIDS. please people, try to love your partner at least 2 or 3 nights to help fight this thing.

On the radio they said that 'Yunnan was one of the, slightly,a little bit more by a bit, provinces for Aids cases.. But with one of the lowest populations in China and having the most cases maybe they should be a bit more direct about the issue.