January 20, 2021 "Hello , I am Bobby and currently living in Kunming, I have taught as an English teacher for almost 7 years in China and I would be glad if I could get …"
Living in Kunming Tom69 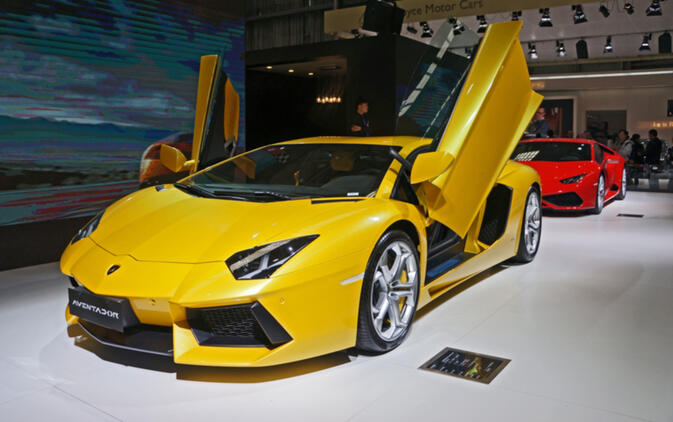 Kunming is obsessed with cars, a point driven home daily with traffic jams across the city and nightly on Wenlin Jie when seemingly half the available parking spaces are occupied by high-end performance vehicles. As recently as four years ago, burgeoning car culture was adding 1,000 new vehicles to Spring City streets on a daily basis, a phenomenon little slackened today. Naturally, all of this interest is making manufacturers, and others, massive amounts of money.

Nowhere has this been more clear than at the recently concluded 2014 Kunming International Auto Show (2014昆明国际车展), which saw eye-popping sales of new cars top 1.5 billion yuan (US$245 million) in just five days. The industry showcase ran November sixth through tenth and attracted an estimated 433,000 people, of which 13,776 bought new cars. The event was held at the Kunming International Convention and Exhibition Center (昆明国际会展中心) in the city's Guandu District.

More than 100 domestic and foreign companies packed the exhibition hall with 1,000 car models. Local media reported that while exotic vehicles by Lamborghini and Maserati may have attracted the most flashbulbs, those in the market for new cars flocked to displays featuring sport utility vehicles (SUVs) built by mid-range manufacturers.

Also prominently featured amongst all the highly polished steel and chrome were plug-in electric concept cars. It appears such technology may be gaining market momentum as nearly every Chinese exhibitor displayed at least one green energy motor vehicle.

The world's largest automotive producer, Toyota, also exhibited its own SUVs and eco-friendly cars, but a company spokesman said the carmaker's primary focus was elsewhere. For the Chinese market, the auto giant is now attempting to make its family-line of vehicles a focal point, emphasizing smaller, more fuel-efficient cars designed for a younger demographic. "Our Kunming display is the best illustration of these two strategies at work", the Toyota representative told reporters.

The auto show was not, however, all business all the time, as fictitious conglomerate Wayne Enterprises showcased its not-ready for market Batmobile and choreographed dance performances were everywhere. For those patrons for whom cars and women have somehow come to be inextricably linked, the auto show also featured an event in which bikini-clad models... ahem..."introduced the [car] washing process".

we need more cars is what we need. not enough traffic.

Bought a couple of lambo's for my collection, the car washing process weakened my wallet ;)

Why sell cars to people who don't know how to use roads?

Sad to see China follow most of the rest of the blooming corporate capitalist consumer economies in making the private automobile the symbol of middle-class 'arrival'. Such great machines have been produced! and what a collective disaster! GROWTH, regardless of where the money goes after it is concentrated, or whose hands it is concentrated in, or what the results will be! But nations and corporation must compete, that is the universal rule of life...as long as we remain passive and accept our distractions.
Vampire octopus.

Normally in Kunming there are over 1000 new cars registered every day.