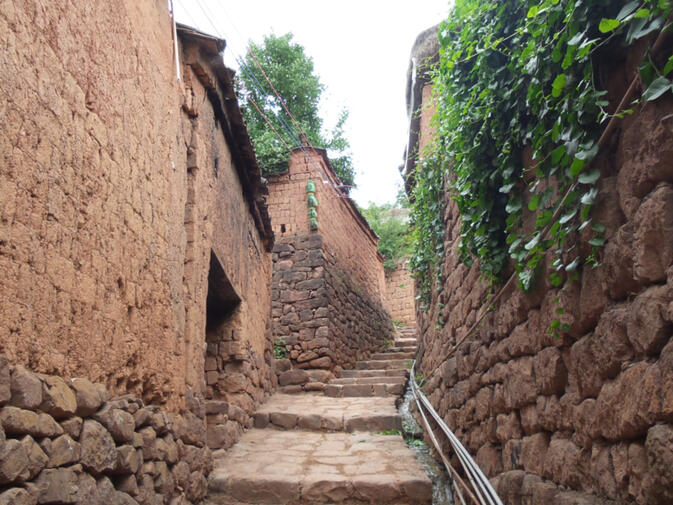 Exploring Yunnan is not fully completed unless one visits at least one of the three ancient and historically important salt towns in southwest China. Heijing (黑井), Nuodeng (诺邓) and Shiyang (石羊) are three often undiscovered pearls of the province, and can provide travelers with a rare view of China from another time.

These are among the province's best-preserved old towns that have also left indelible marks on the region's economy via the hard work of their former residents. Many ancient people became rich through the salt trade in these towns and often villagers carry on traditions, speaking only the local language. Would-be explorers are advised to learn Chinese a little bit to make the journey more interesting and memorable. 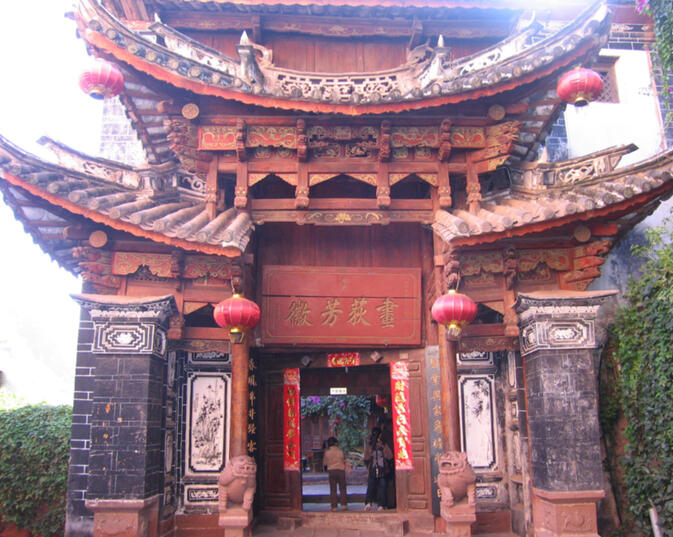 Heijing, or 'black well' in Chinese, is one of the most venerable salt towns in Yunnan. First established during the Tang Dynasty, the trade hub has a history of more than a thousand years. Situated 200 kilometers northwest of Kunming, Heijing has been awarded a national scenic spot rating for its rich history and cultural heritage. It was once a prosperous town mainly because of booming salt production and trade. Now only its ancient architecture and other historical vestiges reveal its long-forgotten past.

On the western side of Heijing, up in the mountains, is the Wu family mansion. The immense home perfectly exemplifies the architectural novelty of the old town. The mansion is built in the shape of the Chinese character wang (王), which means king. It has 108 rooms, which are still largely unchanged in the face of time. It has now been transformed into one of the most expensive hotels for travelers in Heijing.

The old town, with its aged Black Cow Well (黑牛井), cobblestone streets, red lanterns and horse carts still retains the legacy of the old days. Cars are a rare phenomenon and not allowed inside the old town. Another intriguing site in Heijing is the Salt Museum, which still produces salt, although only to demonstrate the procedure to visitors and produce many of the area's traditional delicacies. The museum also contains black and white photographs covering more than 100 years of local history. 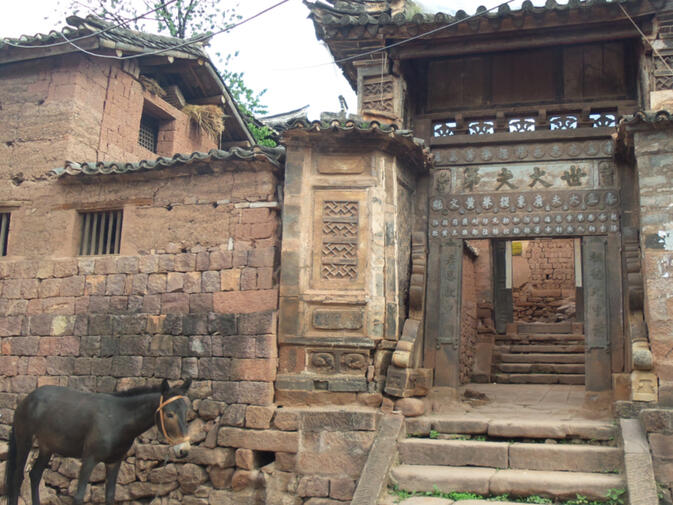 This 2,000 year-old, historically and culturally rich mountain stronghold was once one of the richest of its kind in China. Situated 100 kilometers west of Dali, Nuodeng is famous for its salt wells, which were the largest source of revenue for people in western Yunnan during the Ming Dynasty. Later, the hamlet became an integral stop on the old Tea Horse Road — connecting, among others, Dali to the east, Tengchong and Baoshan to the south, Myanmar to the west, and Lijiang and Tibetan outposts to the north.

The rich legacy of this ancient town still lives in its relics — its weather-beaten buildings, tombs and temples. Once one gains an insight into the age-old etiquette of the village folks, they will get to experience a slice of authentic China. 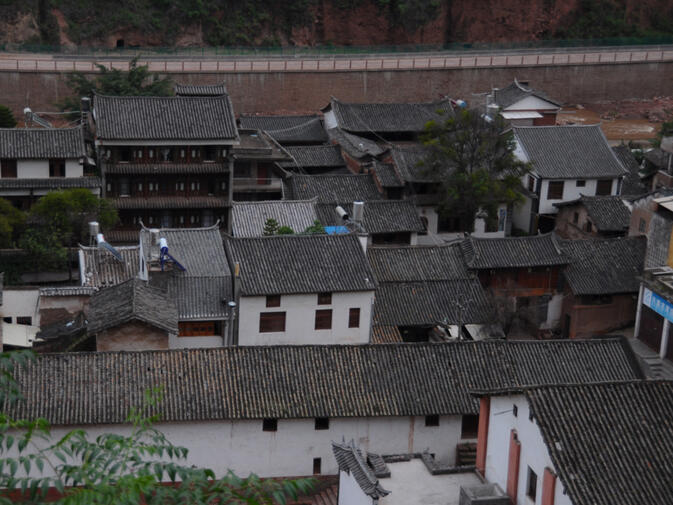 This time-warped, remote village has retained its quintessential essence since the Tang Dynasty. Travelers here can witness the culture, traditions and history of an era preserved in the purest of forms. Even the layout of the town has escaped the blows of time and modernity, and this is perhaps what is most unique about Nuodeng.

The village is sprinkled with elegant residential courtyard homes as well as buildings from the Ming and Qing dynasties. Its Jade Emperor Pavilion, Confucian Temple, Wu Temple, and Dragon King Temple are all historic relics that are definitely worth a visit. Also, before leaving the village, travelers should make sure they have visited the local Salt Bureau and the sites in and around the town's once-bottomless well. These embody the prosperity of a town which lived and breathed the salt it produced in the past. 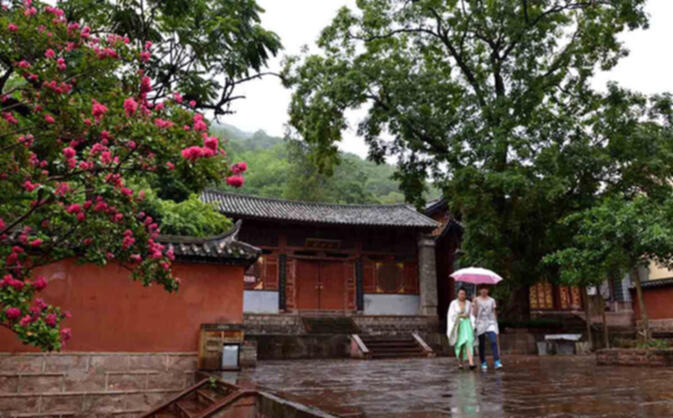 Shiyang, the salt gem of Chuxiong

Shiyang saw its heyday during the Ming Dynasty, when its supply and production of salt reached dizzying heights. It is located roughly 125 kilometers northwest of Kunming. A small river cuts right through the heart of Shiyang and its wealth of lush green, dense forests, dotted by temples.

The ancient town is dotted with many cultural relics, among them the famous Confucius Temple is certainly worth a visit. Sitting at the foot of a mountain overlooking the town, the temple was built during the Hongwu period of the Ming Dynasty. A copper statue of Confucius, who expounded the philosophy of personal and state morality 2,000 years ago, is enshrined within the sanctuary walls. Boasting a weight of 2,500 kilograms and standing at a height of more than two meters, the statue is one only a few such in the entire country. 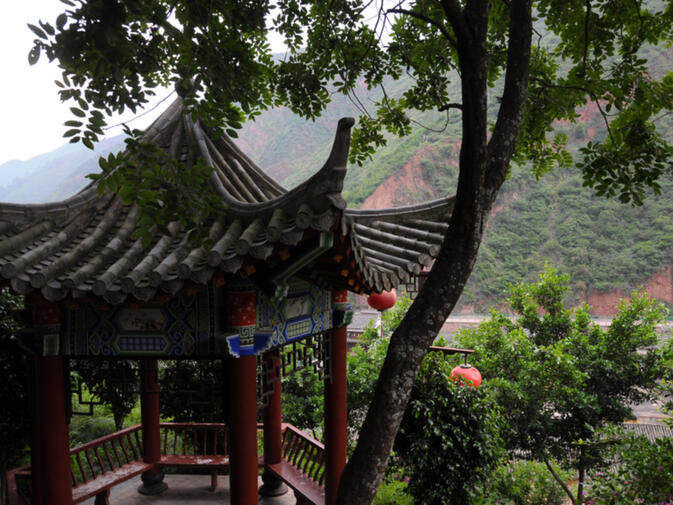 I've been to Heijing a few times and it really is a pleasant place. Very authentic and "lived-in" but with pretty, traditional buildings dotted around narrow cobbled streets wherever you look. well worth a visit. Not mentioned above is that visitors to the town should buy a ticket (40RMB?), and the Salt Museum was surprisingly expensive (about 100RMB?) and really not worth it, IMO.

I went last week to Heijing. The entrance fee to the town is 30RMB and the museum, as well as all other points of interest, were all included.

Also check out Zigong in Sichuan, the first place to do deep drilling wells in the world ... and for the purpose of salt extraction! It's not far from Leshan, and also offers a park showing the proceeds of the rich local dinosaur fossil vein.

Has the new road from Heijing to Yuan Mou been completed yet? The new road runs right through Heijing.