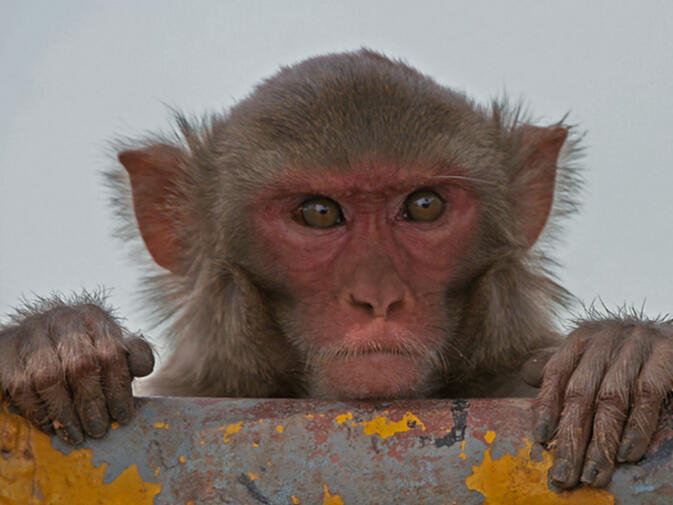 Here at GoKunming there are several not-yet-dead horses that we routinely beat. Among these, news stories regarding the environment, wild animals, officials behaving badly and bizarre, often vague, trending internet tropes tend to receive the most user feedback. Rarely, however, has one news item rolled all of these themes into a nice compact ball exemplifying many of the challenges facing Yunnan. That is, of course, until this week.

It all began back on October 23, when posts surfaced on social media platforms WeChat and Sina Weibo claiming a group of provincial officials were up to some naughtiness in Pu'er Prefecture. Government vehicles were reportedly parked outside of a restaurant that served 1,000 yuan per kilogram dishes made with rhesus macaque paws.

The implication was clear — netizens had caught unknown bureaucrats red-handed. Not only were the anonymous public servants purchasing a prohibited lavish meal, but the repast was made from animals on China's 'do not eat' list.

Online reports included photos of what appeared to be a pair of juvenile monkeys in a cage and SUVs emblazoned with 'China Fisheries' insignias. Neither image contained any corroborating evidence supporting internet claims — the monkeys could have been caged in a lab anywhere in the world and the vehicles might as well have been pictured on a random provincial dirt road.

And yet the story apparently had teeth. Government media released an official denial three days after the rumors went viral. It read, in part, that an investigation into the vehicle license plates appearing in the online photos had been conducted but uncovered no official wrong-doing.

This flurry of activity took place in the murky depths of Jiangcheng County (江城县), which shares a 183-kilometer border with both Vietnam and Laos. However, the exact location was only mentioned in media accounts as near "China-Vietnam international boundary marker number three", in the vicinity of Menglie (勐烈镇).

An inspection of the area where the monkey dishes were purportedly sold found eight restaurants selling rare or wild animals. They included two live slow lorises, eight tortoises and three macaques, as well as 74.4 kilograms of meat suspected to be that of wild animals. Most of the creatures are thought by authorities to have been illegally imported from neighboring countries.

The offending businesses in the "wild animal bazaar" are now closed pending the usual "remediation and rectification" actions. An additional 53 nearby shops have been ordered to "clean up". Wildlife police are also reaching out to their counterparts in Laos and Vietnam in an attempt to enhance cross-border interdiction efforts in the wild animal trade.