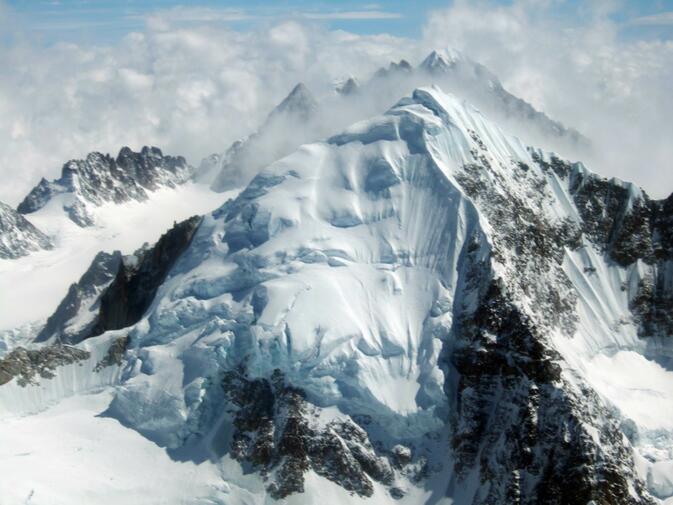 The search for two missing mountaineers on Southeast Asia's highest peak appears to have ended today after following a strange trajectory that included resource and rescue cooperation from four countries. The story, which reads like a dark Hollywood tragedy, had grown to include a blacklisted millionaire, a downed helicopter and a missing search and rescue team.

The team split into two groups near the peak, with the six less-experienced climbers descending back to base camp. The two senior-most climbers finished the ascent and kept in touch with the others via walkie-talkie. However, at some point during their planned seven-day descent, radio communication ended and the pair failed to arrive at the arranged meeting place.

Expedition organizers mustered several search and rescue teams that, despite repeated ascents, were unable to find the lost men. Two weeks after the climbers vanished, China dispatched its Blue Sky Team, which has been described as the country's preeminent mountain civilian rescue team. Several of the team's members have summited Mount Everest and were expected to provide seriously needed technical help.

Unfortunately, the group quickly returned home after climbing only a third of the way to the peak. This was due to the fact, according to the Burmese press, they lacked sufficient equipment and experience. Myo Thant, chairperson of Myanmar's University Mountaineering Team told reporters:

Anyone in good health can climb Mount Everest if they have practiced climbing ice-capped mountains, but Mount Khaka Borazi has a long, narrow lane to the summit and it is steep. Only people with the right skills, determination and courage can climb it. We told [Blue Sky] vertical climbing was necessary. They were not ready for vertical climbing and returned to China to seek help from more skillful climbers.

The next phase of the search saw China, the United States and Thailand donate the use of helicopters and pilots to aid those working on the ground. Burmese businessman, Tay Za, added another wrinkle to the unfolding story as he began funding search operations. Known for amassing a fortune through a wide range of companies, Tay Za is prohibited from doing business in the US because of his alleged association with illegal arms dealers.

The search continued without success for nearly a month. Then, on September 27, one of the helicopters sent to drop supplies to groups searching on the ground disappeared. The fate of the aircraft's two Thai pilots and single passenger remained unknown until 11 days later. On October 8, one of the crew stumbled into a remote village saying the two other would-be rescuers were alive but injured and stranded somewhere in the forest.

Search and rescue efforts shifted away from the missing climbers and focused instead on the downed airmen. Local police and a new group of mountaineers organized a search party, all but abandoning hope that the lost alpinists could be found alive. The two pilots were rescued in "good health" less than 24 hours later in forests below the peak. Mount Hkakabo Razi is located 130 kilometers meters due west of northwest Yunnan's Deqin (德钦) and was first summited in 1996.