Second typhoon of 2014 fizzles out in southwest China 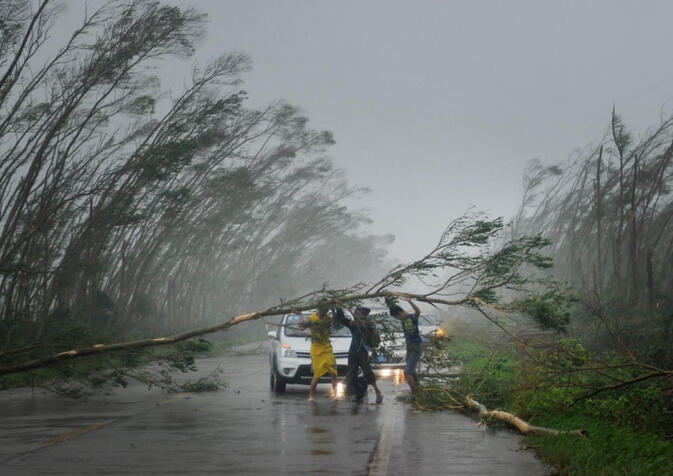 The unseasonably cold, wet and dreary weather moving across much of Yunnan the past few days was caused by what remained of Typhoon Kalmaegi. It was the second major tropical storm to hit the province in three months and has seriously affected local weather after careening through the South China Sea.

Although not as powerful as July's devastating Typhoon Rammasun, Kalmaegi nonetheless caused widespread havoc in southern China. At least seven people have been confirmed dead — six in Guangxi Zhuang Autonomous Region and one in Hainan — despite the evacuation of tens of thousands from coastal areas. Dozen of people were also injured in Guangzhou and Hong Kong, many by wind-blown debris.

Property damage across south China has been widespread, with thousands of collapsed houses and hundreds of capsized fishing boats. Landslides and flash flooding in low-lying residential areas, some of which reportedly received 50 centimeters of rain in less than 36-hours, have also been pervasive. Kalmaegi — called Typhoon Seagull (台风海鸥) in Chinese — also halted flight, train and ocean-going shipping schedules before making landfall in Vietnam September 16.

Once inland, the typhoon almost immediately weakened into a severe tropical storm, but not before inflicting comparable widespread damage in northern Vietnam. Rain-triggered mudslides killed at least eleven people even as the storm system continued to diminish in strength and intensity.

By the time the eye of Kalmaegi crossed into Yunnan on Wednesday afternoon, it had once again been downgraded, this time to a tropical depression. Its arrival was preceded by ten-degree Celsius drops in daytime temperatures and blustery nighttime winds across southern portions of the province. The prefectures of Honghe, Pu'er, Wenshan, Xishuangbanna, and Yuxi bore the brunt of whatever power Kalmaegi could still muster.

Although nearly every region of the province has experienced inclement weather associated with Kalmaegi, the only storm-related deaths reported so far have occurred in Kunming. On Wednesday, a transport truck carrying four tons of stone and 20 head of cattle overturned on Highway K1265 after the driver lost control in slippery conditions. The truck's cargo spilled onto the roadway and ensuing crashes killed four people and injured another three.

As of the evening of September 18, some 395 students and teachers remained trapped by floodwaters inside their middle school. One hundred soldiers are working to free the stranded in Malipo County (麻栗坡县) in southeastern Wenshan Prefecture after the Babu River overflowed its banks by more than a meter.

Kalmaegi was the fifteenth named storm to hit China in 2014. It has now moved on to northern Myanmar, where it is expected to peter out entirely. In its wake, the typhoon left a 5.8 billion yuan (US$954 million) swathe of destruction.

An extra paragraph has been added to this story regarding the trapped teachers and students in Malipo County.