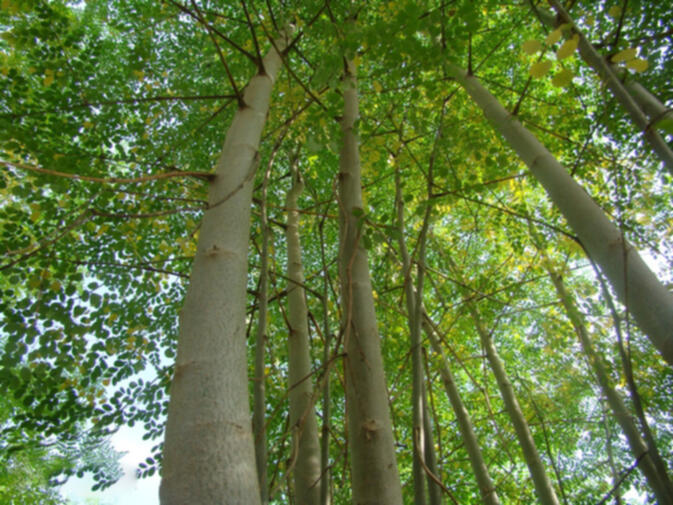 Scientists at Yunnan Agricultural University announced last Friday that they had successfully decoded the genetic sequence of an edible plant often dubbed the next big thing in superfoods. Their findings concern the moringa tree (Moringa oleifera), and may have wide-ranging implications for famine-struck areas and the future of genetically modified drought-resistant crops.

Sifting through 316 million nucleotide pairs comprising 19,465 genes took researchers more than a year. The team tasked with deciphering the genome included scientists from multiple Kunming-based institutes as well as biomedical facilities in Heilongjiang and Cuba. In addition to DNA sequencing, researchers performed tests on how ingestion of the tree's leaves affected mice. Tian Yang (田洋), a scientist working on the genome project explained:

Controlled trials found that moringa can significantly reduce blood sugar, blood lipids, and balance weight to avoid obesity in mice. The findings will provide important methodological reference to other new resources of food and health products.

Long cultivated in northeastern India, moringa — called lamu (辣木) in Chinese — has recently become something of an international food celebrity. The tree grows quickly, especially in tropical areas, although it can thrive even in arid conditions with poor soil. Moreover, most moringa parts are edible, including the roots, seed pods and leaves. But it is the plant's foliage that has garnered the most attention.

Often-cited data on the nutritional value of eating moringa has found the leaves to contain more iron than equivalent amounts of spinach, more vitamin A than carrots, more potassium than bananas, and nearly as much protein as eggs. Such findings have led to a flood of new dietary supplements and optimistic conjecture that moringa products could, one day, be used to alleviate malnutrition in poorer parts of the world.

The geneticists in Kunming hope that by mapping the DNA of moringa, they can begin to understand how the tree grows in dry conditions. They envision using that knowledge to create drought-resistant versions of other plant species.

Yunnan farmers are currently experimenting with growing the tree commercially on small-scale test plots in Xishuangbanna, Pu'er and Dehong. Larger investments have also been made overseas. The most recent of which is a joint venture called the China-Cuba Moringa Science and Technology Cooperation Center with twin facilities in Kunming and Havana, the latter of which President Xi Jinping visited in July.

Anyone know if this plant tastes any good?

since i am from there