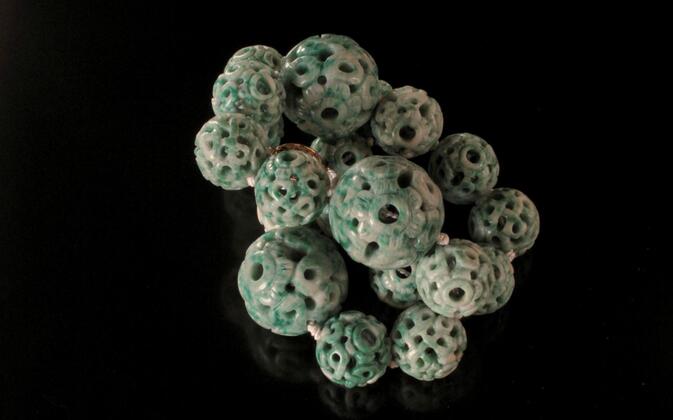 Con-artist, swindler, shyster, charlatan. All of these pejoratives aptly describe a man working under the pseudonym Zhong Xiong (钟雄), who is suspected of bilking unwitting victims out of hundreds of millions of yuan. The scope of his illegal activities continues to grow as police investigate what they are calling the largest ever fraud case involving jade since the founding of the People's Republic of China.

Zhong's scam, according to investigators, was that of a quintessential con-man. Beginning in early 2014, he would visit jade dealers in Sichuan and Guangdong but most often worked in Kunming, posing as a wealthy entrepreneur. Zhong dressed in designer suits, drove Mercedes and Maseratis, and wore what his victims described as an endless slew of luxury watches.

Occasionally buying hand-carved jade pieces from store owners and sometimes selling his own selections, Zhong would slowly befriend the merchants. He cultivated a network of dealers, wined and dined them at expensive restaurants and always picked up tabs at nightclubs and bars. Impressed, the victims introduced Zhong to their business associates and his network expanded rapidly.

Once he deemed his group of targets large enough, Zhong began spreading word that his ultra-wealthy contacts in Shanghai and Beijing were in the market for high-quality jade jewelry and carvings. He then convinced his recently-made friends to hand over the choicest parts of their personal collections so he could present them to his east coast buyers in person. All that Zhong offered in exchange were hand-written IOUs affixed with his fingerprints.

At that point, he simply disappeared. When the IOUs came due, Zhong's victims attempted to contact him by phone and email. When he did answer, his response was the same — he agreed to pay the interest accrued on the IOUs but delayed paying in full.

Fed up, one of the victims, a woman surnamed Su (苏), contacted police in April to report the theft of her jade collection. An investigation and manhunt ensued and Zhong was captured a week later in a north Kunming hotel room on May 3. Arresting officers say Zhong admitted his guilt during routine questioning and also disclosed plans to flee China for the United States.

Zhong's arrest was only recently made public. Within days of a police announcement regarding details of the case, 67 people came forward to say they had also fallen prey to the scam. Authorities are now compiling a comprehensive list containing a description of each jade artifact stolen as well as its reported worth. Police have said they expect "perhaps hundreds more" to come forward.

If police predictions bear out, the total value of jade stolen — already in the hundreds of millions — could top one billion yuan. Online reports have so far made no mention of how much, if any, jade or cash were recovered when Zhong was arrested. He remains in police custody in Kunming, where he awaits trial.

Serves them right. Stupid is as stupid does.

A bit of flashiness and people think someone is the greatest guy around and trust him like a friend!

I wonder who did the valuations :) seems to me like it could yet turn out to be a huge INSURANCE fraud :)

Don't see how it could be insurance fraud. Nothing was stolen. The man just didn't pay off his debts.

those are huge start-up costs to pull off this scam! maserati, gold watch, armani suit, gucci manbag, iphone 5s, tibetan mastiff, coiffeur from paris. where did he get the money?