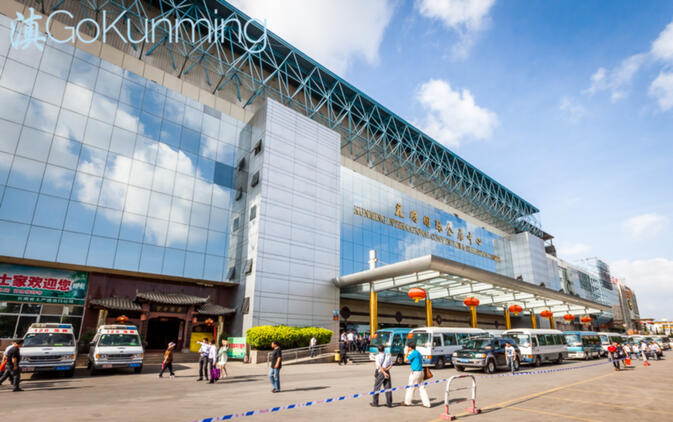 The opening ceremony for Kunming's annual trade and business bacchanal is rapidly approaching. As in previous years, the city is attempting to put its best foot forward while courting as many foreign investment and trade agreements as possible. It's time once again for the Kunming Import and Export Commodities Fair and the China-South Asia Expo. This year, the two conventions will be held in conjunction at the Kunming International Convention and Exhibition Center from June 6 through June 10.

For the past several months, Kunming's chengguan, or urban management officials, have been busily shutting down illegal street vendors — a reported 3,600 of them — in an effort to beautify Spring City streets. In addition, the chengguan have been tasked with enforcing proper garbage collection and otherwise combating the "seven chaotic elements" in the run-up to the two conventions.

A crush of people are expected to attend, many of whom may not be able to speak Chinese. In preparation, more than 1,000 high school volunteers have been trained to help attendees find their way around the sprawling grounds of the convention site as well as navigate the Kunming Metro, which has a station just outside the exhibition center gate. More so than in previous years, the expos will also feature heightened security following the March train station attack, and include 236 full-time police officers on patrol.

In an effort to alleviate the traffic jams and improve on the lack of parking facilities that plagued last year's expos, the runway at now-defunct Kunming Wujiaba Airport will be used as a parking lot. The fee for parking on the runway has not yet been mentioned. Free buses will shuttle some of the 60,000-80,000 patrons expected to attend the convention on a daily basis. 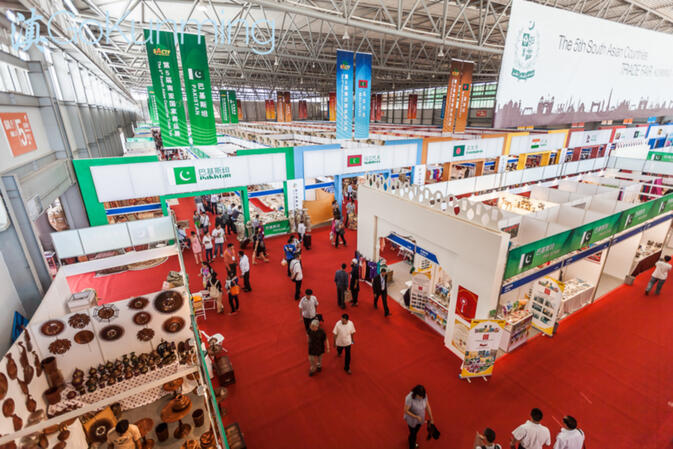 The 2014 versions of the twin conventions are expected to surpass last year's record 'transactional volume' of US$17.47 billion — equivalent to roughly one-tenth of Yunnan's 2012 gross domestic product. While much of the public face of these expos comes in the form of small businesses seeking international buyers, the bulk of the revenue is often generated from government contracts signed behind closed doors.

This year, event organizers openly courted multinational conglomerates. In response, United States car-maker General Motors and Indian investment firm Tata Group both agreed to host exhibits for the first time. Vendors and companies from 46 countries, selling everything from handicrafts to heavy machinery, will man 3,188 stalls during the five-day event.

In the past, the Kunming Fair was utilized largely as a showcase for Yunnan-related commodities and ASEAN member country businesses. However, its has expanded in recent years with the addition of the China-South Asia Expo. Now the event is much more geared toward positioning Kunming as an international trade hub and 'gateway' to Southeast and South Asian countries such as India, Bangladesh, Thailand and Myanmar.

Nepal is this year's showcase country, and as such will be given a special outdoor pavilion where visitors can explore Nepalese culture. Dignitaries from dozens of countries are expected to attend, including the Prime Minister of Bangladesh and ambassadors from Laos, Nepal, the Philippines, Thailand and Vietnam.

Single-day tickets are available at convention center gates and cost 30 yuan per person. The Kunming International Convention and Exhibition Center can be reached by boarding bus numbers 31, 52, 57, 67, 86, 107, 122, 134, 154 or by riding the city Metro and getting off at the Fude Station (福德站). The twin expos will be open to the public from 9am to 5pm daily. 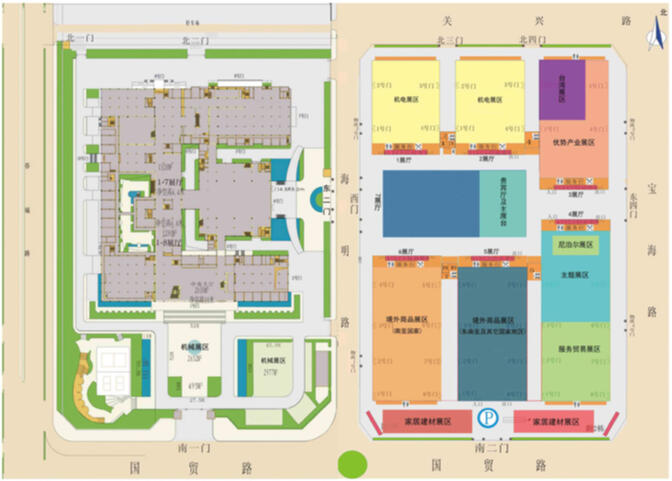 Subway and airport parking shuttle will help alleviate the mass traffic chaos outside. But means more people inside!