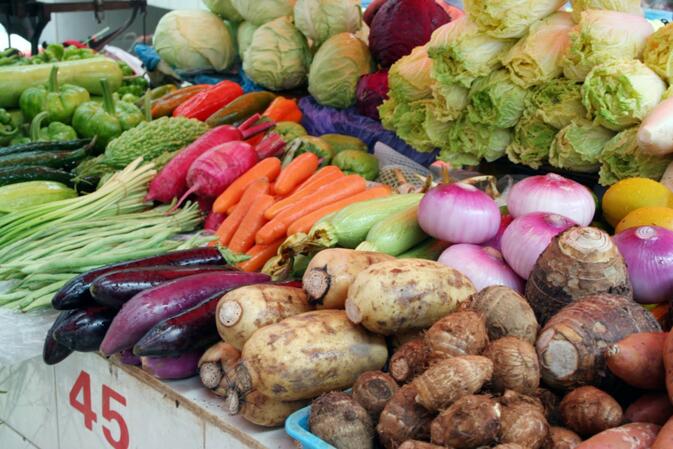 China's ever-growing cities need food, massive amounts of it, and are often unable to grow enough locally. One of many attempts to address this problem was implemented in 2011, when a program designed to send produce grown in the country's less populated west to teaming cities elsewhere in China was instituted. An article originally published in the Spring City Evening News, and then redistributed nationally by Xinhua, reports the initiative has proved successful enough to warrant further expansion and investment.

The Department of Commerce program, dubbed "Southern Food Sent North" (南菜北运), has grown in size and scope for each of the last three years. In order to ensure the freshness of fruits and vegetables, a cold storage packing and transportation network needed to be established, buyers trained, sources identified and farmers educated on how to get their crops to depots. In all, 60 million yuan (US$9.88 million) has been invested in the enterprise since 2011.

Last year, 8.5 million tons of produce grown in Yunnan was shipped to boomtowns in China's north and east, nearly equaling totals of the previous two years combined. The largest consumers of crops grown south of the clouds, respectively, are Beijing, Tianjin, Xi'an, Xianyang, Hohhot, Yinchuan and Zhengzhou. These cities and six others have established wholesale markets specializing in selling Yunnan produce.

The results have been encouraging for farmers involved in the initiative. A woman surnamed Yun (云) from Dali told reporters in the past she was only able to earn between 10,000 and 20,000 yuan annually from local sales of her crops. It was difficult for her to make ends meet while also paying rent on her land. Since becoming involved in Southern Food Sent North program, her income has risen to 40,000 yuan per year and she has been able to upgrade her irrigation system.

Yun is not alone in reaping the benefits of selling her produce to buyers in other cities. According to the Spring City Evening News report, Chinese consumers outside of Yunnan spent 16 billion yuan (US$2.9 billion) on fruits and vegetables raised in the province last year.

Cold storage shipping facilities currently in operation in the province are located in the cities of Baoshan, Chuxiong, Dali, Jinghong, Kunming and Yuxi. More are being planned for other, smaller locales and the Ministry of Commerce expects to involve a total of 250,000 Yunnan smallholders in the Southern Food Sent North program over the next several years.