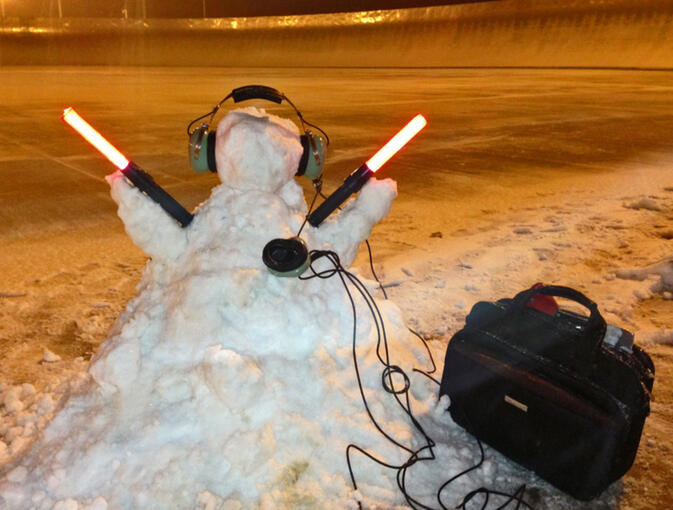 Airport employees apparently had a bit of time on their hands Sunday night (image: weibo.com/u/3079335341)

The Spring City is having a hard time living up to its name this week as overnight temperatures have repeatedly dropped below freezing. Weekend rain changed quickly to snow as a frigid storm system swept through much of southwest China.

By Sunday afternoon, much of Kunming was experiencing plunging mercury and light flurries. A steady snowfall continued throughout the night and by Monday morning the city was covered in a light blanket of snow.

For many, the weather was a rare opportunity to see Kunming in a different light, build tiny snowmen and engage in snowball fights. For travelers, the situation was a bit different. Kunming Changshui International Airport was reportedly closed down when five centimeters of snow fell on the tarmac, once again stranding more than ten thousand people. Cars and trucks were barred from highways passing around Kunming due to icy road conditions.

By Monday afternoon much of the snow had melted, allowing the airport and highways to resume operation. The frosty temperatures, however, stuck around and are expected to last for several more days. Below is a selection of photos from around town as Kunming dealt with snowy weather for the first time in a long time. 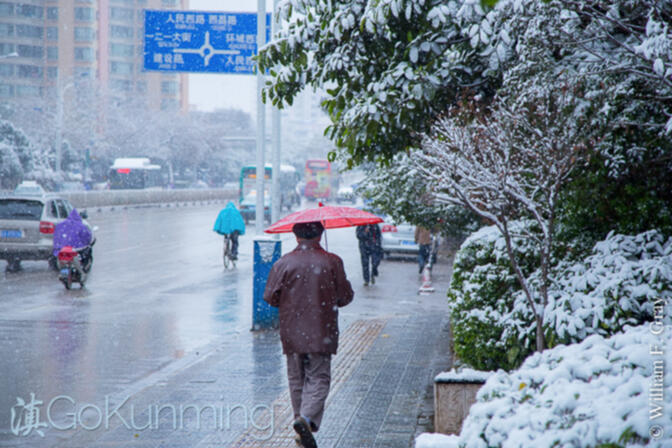 On Monday, many people's morning commute was a bit more slippery than usual, although no major road accidents were reported. 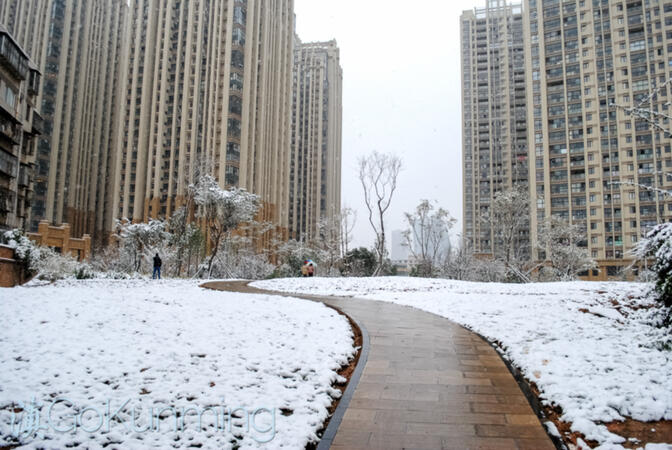 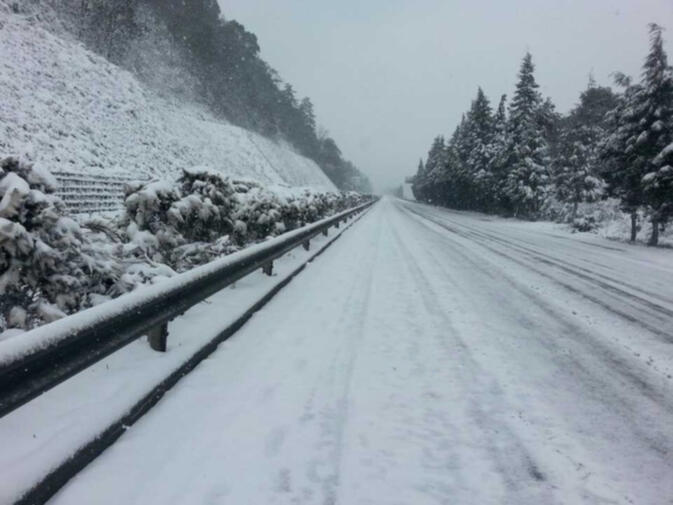 A view along the Kunming Expressway. Freeways near Kunming were closed for much of Monday but all were reopened to traffic by late afternoon. 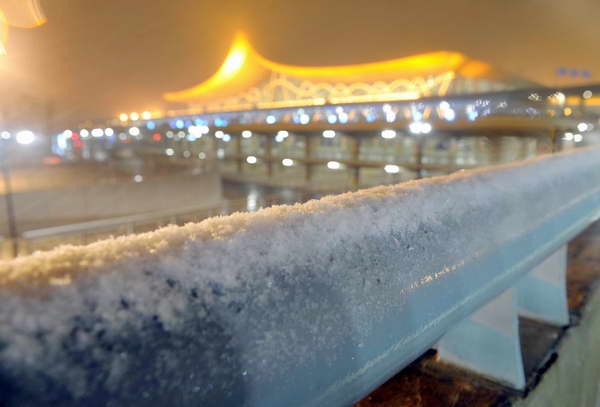 A view of Changshui Airport on Sunday night. Snow, slush and ice accumulation on the runways led to the cancellation of more than 300 flights Sunday and Monday. 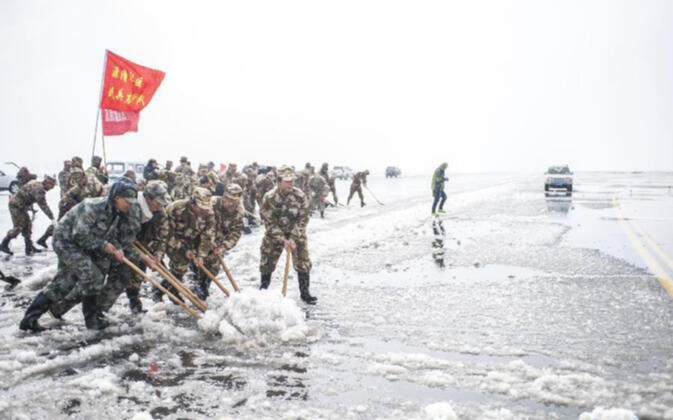 More than 2,200 soldiers and civilian volunteers were reportedly called in to clear snow and ice from Changshui Airport runways on Monday. 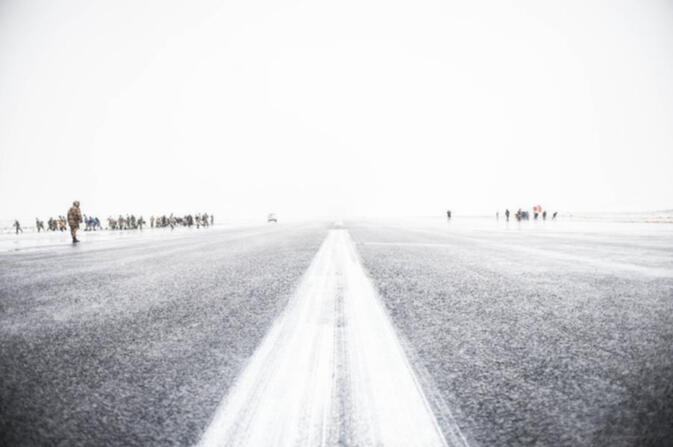 A view down one of two airport runways. Planes were grounded not only by snowfall, but also by, at times, near whiteout conditions. 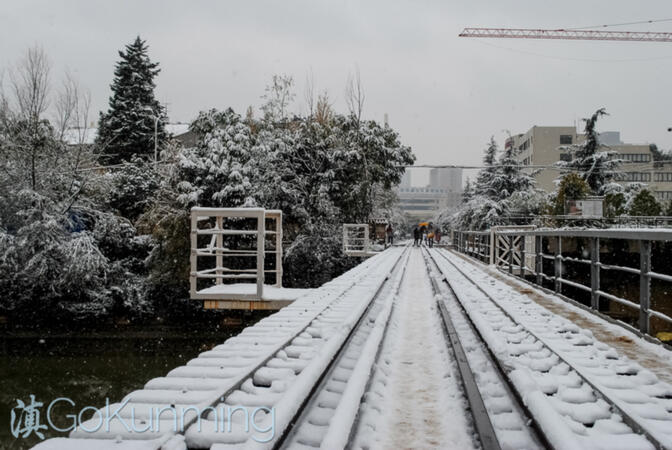 A railroad bridge along Kunming's last narrow gauge railway crossing the Panlong River. Temperatures have not dropped low enough for ice to form in city waterways. 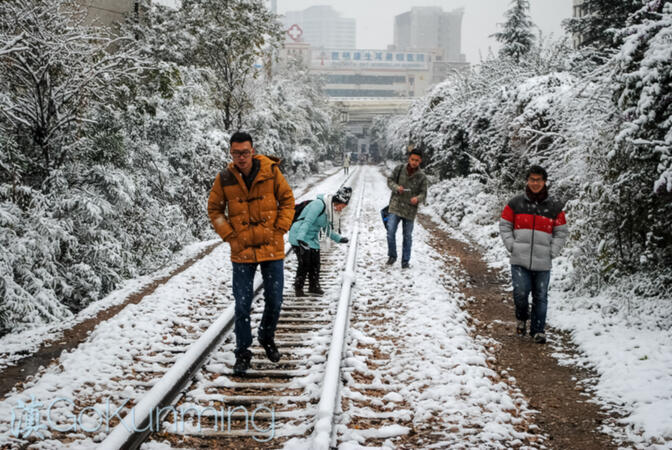 Students using railway tracks as a shortcut through the center of Kunming. The trek was a bit more slow-going and treacherous due to the snow and ice. One of the city's older-style neighborhoods under a thin covering of snow. Residents in many sections of the city gathered outside around small communal fires kindled out of discarded wood in efforts to make the best of the chilly weather. 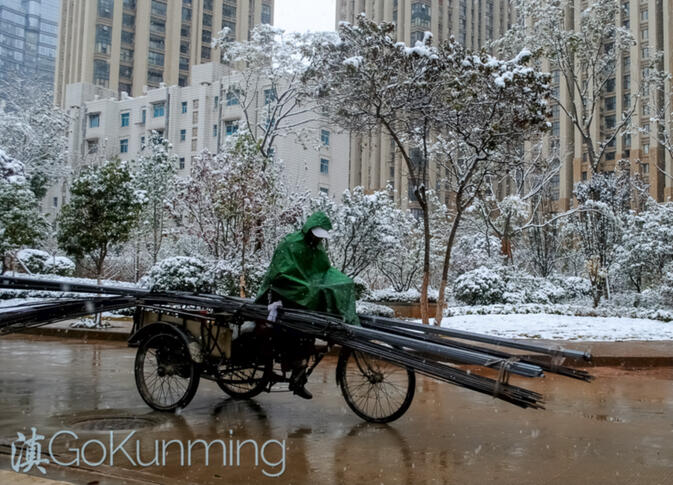 Most of Kunming went about its business as usual. The man above hauled rebar undaunted on his tricycle in the morning. Some of the more tropical plants around the city suffered, not so much from the snow, but instead from prolonged periods of sub-zero weather. The cold is forecasted to linger in Kunming for at least the next week, with overnight temperatures dropping below freezing for the foreseeable future.

A bit of snow in Dali too, pictures here: www.yunnanexplorer.com/slideshows/dalisnow/

It was a great opportunity to take pictures of a scene not common for a long time. I hope you'all took advantage of it.

While the snow has gone the cold continues. What is most dismaying is the continued water washing of the city roads while morning temperatures are -5 or more degrees below 0.

It would be much safer if the road washing were discontinued during these sub freezing temperatures. Rush hour traffic is bad enough without ice....

I had 3 flights cancelled from Beijing to Kunming, 4th one was almost cancelled too.