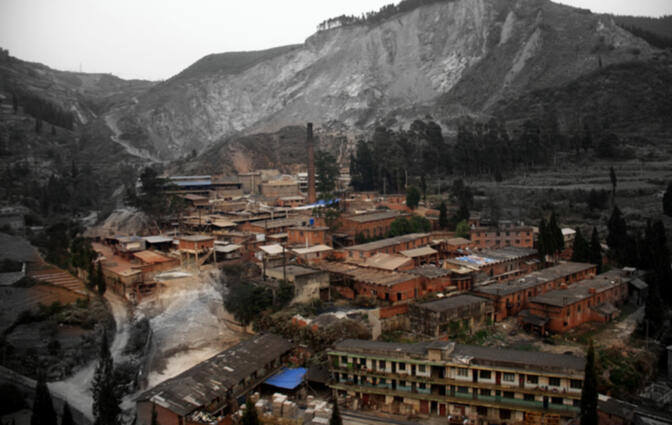 Earlier this week China's State Council released a list of what it refers to as 'resource-dependent cities' around the country. It also issued guidelines as to how they should be managed. In all, 262 towns, cities, counties and prefectures received the designation.

Mineral-rich Yunnan contains 17 areas named in the report — most of them mining related — setting it firmly atop the list. Such cities were singled out due to their overall economic dependence on one or two specific resources. By identifying such areas, officials in Beijing hope to prevent unemployment-related unrest while resuscitating once-thriving industrial hubs.

Cities identified in the State Council report were divided into four categories meant to express how close a given resource is to depletion. The groupings are 'growing', 'mature', 'declining' and 'regenerative'. Media reports listed the areas in Yunnan but, as yet, have not connected them to a specific raw material or commodity. Below is a table with each of the 17 areas in Yunnan as well as the most prominent or valuable industrial assets described on their Baidu Encyclopedia pages.

The index of cities was compiled as part of the central government's National Resource-based Sustainable Urban Development Plan (全国资源型城市可持续发展规划). The assessment looked to identify places where intense, often decades-long, resource extraction has led to the exhaustion of raw materials — more often than not through mining.

Statistics released concurrently with the list of cities estimate there are 600,000 unemployed miners around the country whose jobs have disappeared as available resources decline. An additional 1.8 million people formerly associated with the mining industry are surviving almost solely on government subsidies.

Those left homeless or destitute by the collapse of local industry must often resort to living in what National Development and Reform Commission Vice-Director Du Ying has referred to as "shantytowns". Nationwide there are an estimated 70 square kilometers of shantytowns surrounding formerly thriving mining towns.

Areas receiving the 'resource-dependent' moniker will be eligible for assistance from Beijing. In exchange they must institute policies promoting increased home ownership and employment. Finally they must also promote sustainable industry to compensate for losses caused by dwindling resources. Funds from Beijing will be tied to the achievement of seven-year gross domestic product targets for sustainability determined by the State Council.