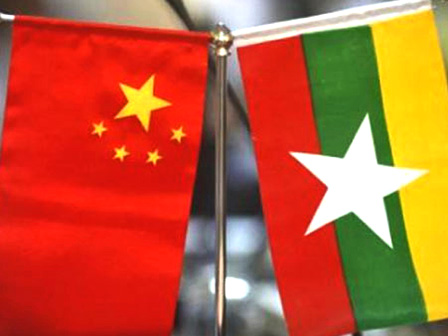 China and Myanmar have been experiencing a bit of a rough patch in their relationship over the past few years. Suspension of enormous infrastructure projects and sometimes tense border conflicts have soured once strong political ties. However, renewed efforts to alleviate such tensions appear to be underway as China plans to officially host leaders from Myanmar's opposition party for the first time.

Hong Kong-based South China Morning Post has reported representatives from Myanmar's National League for Democracy (NLD) — the largest opposition party in the country — will begin a visit with stops in Beijing, Shanghai and Kunming this weekend. A contradictory article published in the Burmese press reports the trip will commence in early December.

Confusion over when the trip begins notwithstanding, any visit by NLD legislators to China would mark a significant change in Beijing's policy towards the fledgling democracy. In the past it has been Burmese president Thein Sein or officers representing the military that have paid official visits to China.

It now appears Beijing for the first time is openly courting favor with both the ruling Union Solidarity and Development Party as well as its main opposition. This may be a way for the Chinese government to cover all of its bases in the run-up to Myanmar's presidential election scheduled for 2015. Many, including NLD chairwoman Aung San Suu Kyi, believe the elections will be a forum, not just to decide who will be the next president, but also on whether or not Myanmar's constitution should be substantially amended.

When NLD lawmakers come to China both sides will have plenty to discuss, much of it involving Yunnan province. The US$3.6 billion Myitsone Dam project will most likely be at the top of Beijing's list of concerns. Construction was paid for almost entirely by China Power Investment Corporation but was suspended by the Burmese government in 2011. Nearly 90 percent of the dam's generated electricity was planned to be transferred through Yunnan before being sent to China's eastern megacities.

Other infrastructure projects designed to further link Yunnan and Myanmar include a controversial 1,500-kilometer crude oil and natural gas pipeline that began partial deliveries to Kunming refineries earlier this year. China is also pushing hard for the reestablishment of the old Stilwell Road, the longest stretch of which passes through Myanmar.

A railway connecting Kunming to a deepwater port on the western Burmese coast is also currently under construction and will pass through Ruili and Dali. The Chinese section is planned to be finished by 2015 but an ongoing civil war and serious concerns about drug trafficking could jeopardize completion inside Myanmar.