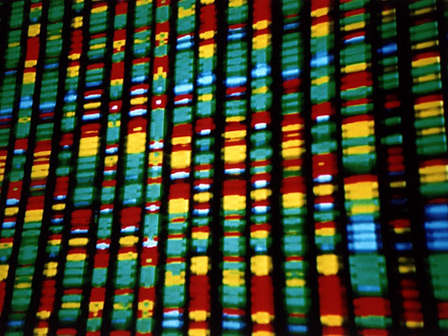 Scientists from around the world gathered last week in Kunming to discuss the future applications of a revolutionary genetic technology. At the conference, proponents of genetic barcoding signed the Kunming Declaration, which calls for the establishment of an international genetic information database and an independent body to govern it.

The Fifth International Barcode of Life Conference concluded October 31 following four days of meetings and research presentations at the Lianyun Hotel in downtown Kunming. The summit was attended by 450 researchers, government officials and private sector representatives from 43 countries.

Although still in its infancy, DNA barcoding may have far-ranging applications not only for science, but also for the general public. The Kunming conference was held to announce advances, propose new uses and discuss how the technology can be integrated and regulated on a global level.

The Kunming Declaration calls for the establishment of a body to design a blueprint for the database. According to the statement:

The ad hoc committee will be tasked with establishing the structure, governance and management of the proposed organisation within nine months. A period of open consultation will follow for three months, followed by incorporation of stakeholder views.

Genetic barcoding uses relatively small, unique sequences of mitochondrial DNA — often referred to as "fingerprints" by scientists — to quickly identify a species. Delegates who attended the Kunming forum envision a database containing images and exhaustive statistics and descriptions of every species catalogued by science. The information would then be made accessible to anyone with a camera phone or mobile device with a barcode scanner application.

An example of what future DNA barcoding may look like

While real-time applications for the general public may take some time to develop, the database would initially allow scientists to more easily share their findings. Combining research via the database would make the understanding of species and population distribution and migration patterns more simple, say supporters.

The establishment of the database as well as an internationally recognized and standardized barcode system could also have more practical uses in everyday life. Marking edible items in this way could help limit food labelling scandals such as the recent ones in China, Europe and the United States.

Another possible use is in the detection and confiscation of illegally traded goods. The Kunming Institute of Botany (KIB) has in the past used genetic barcoding to assist police. In one such instance, officers who pulled over a truck carrying six tons of sawdust were suspicious of where it may have originated. They took samples to KIB where barcoding technology was used to identify the source of the sawdust as endangered yew trees. The owners of the truck were then arrested and charged with illegal logging.

Genetic barcoding does have its detractors. Objections often concern whether the method is applicable to the DNA of all species or if it is, in the words of critics, an oversimplification of the science of taxonomy.

The conference in Kunming was sponsored in part by the Chinese Academy of Sciences and the world's two largest DNA barcoding projects — the Consortium for the Barcode of Life and the International Barcode of Life project. The latter two expect to have an established database of 500,000 barcodes in the next two years. A sixth summit is scheduled to be held in 2015, where organizers plan to formally announce what progress has been made regarding the guidelines laid out in the Kunming Declaration.