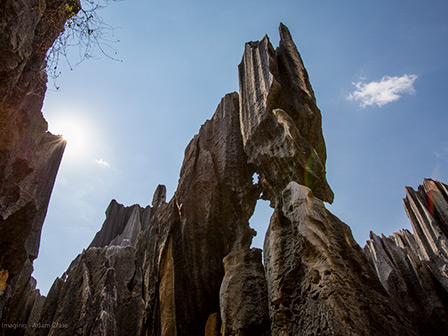 He is currently working on a revised second edition and putting together shots for another book. More of Crase's images can be seen at his website Kung Fu Imaging and he can also be found on Facebook (requires proxy). 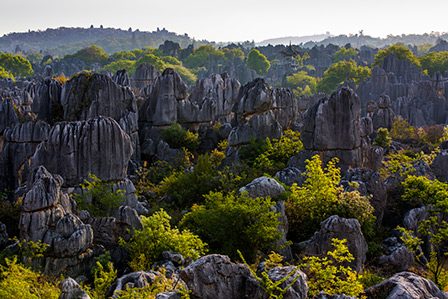 Yunnan's Stone Forest (石林) is part of a vast Karst landscape that stretches from central China south into Vietnam, Laos and Thailand. Recognized as a UNESCO World Heritage Site in 2007, the Stone Forest has been developed into one of China's most popular tourist destinations. 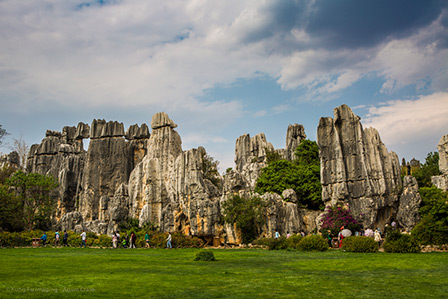 The most popular areas of the Stone Forest can become quite crowded, especially during the summer months. However, because the park is so large, it is not particularly difficult to find lonely paths snaking through the limestone landscape. 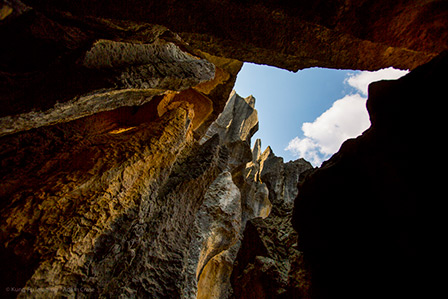 When GoKunming first did a write-up of the area, way back in 2010, visits to the park had just topped three million annually for the first time. This year in July alone, the scenic area drew close to one million tourists. 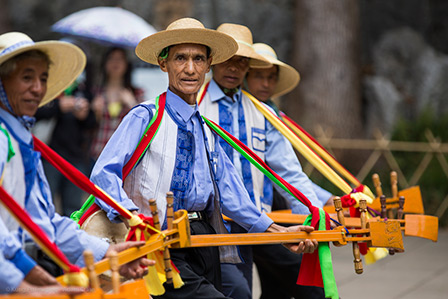 Although the Stone Forest's Karst formations are the main attraction, employees dressed in traditional Yi clothing are another big draw for many visitors. Every day there are dozens of singing and dancing performances around the park. 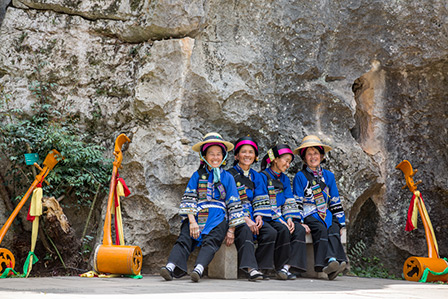 Some of these productions are based on traditional Yi stories. One of the most popular is the legend of an Yi woman torn between two men — the man she loves, the other her betrothed. 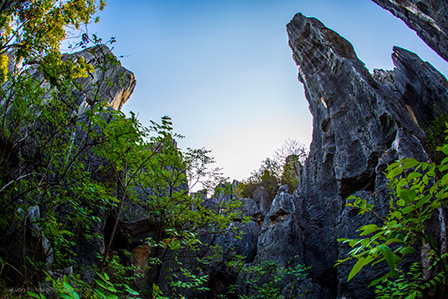 When the story's heroine, Ashima (阿诗玛), chooses her lover over the man she has been promised to, her jilted suitor drowns her by magically making a nearby river flood. After her death, Ashima is transformed into one of the Stone Forest's iconic monoliths. 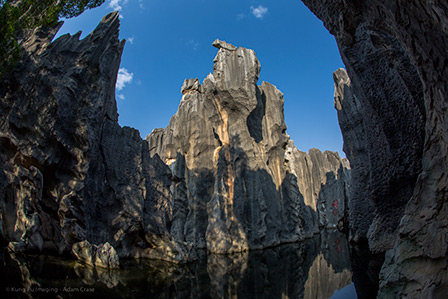 The busiest time in the park, for photographers at least, is during dawn and dusk. At these times, fading light and long shadows can make for fantastic photos. 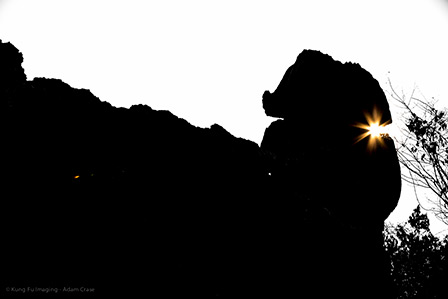 Despite, or perhaps due to, its ever-growing popularity, local and provincial governments are increasingly staging events beyond simple song and dance routines. 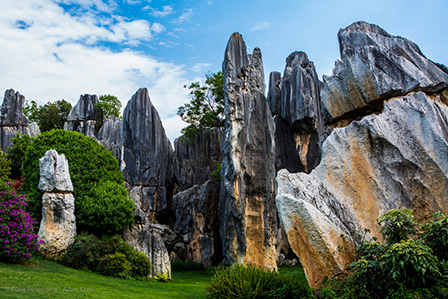 In 2013, events held inside or nearby the Stone Forest have included a celebration of the Torch Festival as well as a "Hot Air Balloon Festival" where a man set a world record by tightrope walking between two balloons. 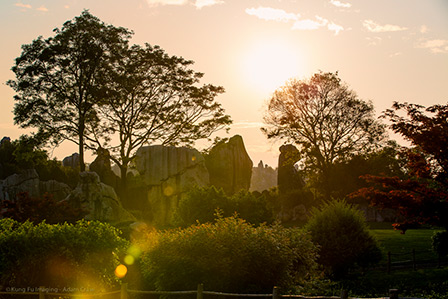 Staged attractions — which recently saw the addition of Yi bullfighting — are not necessarily what many have in mind when visiting an area of natural splendor. Luckily, the Stone Forest is large enough to provide those seeking solitude or calm with plenty of options. 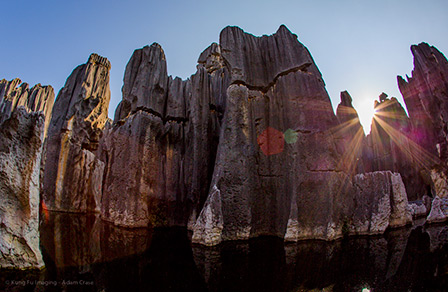 If you plan to travel to the Stone Forest it can easily provide you with a full day of sightseeing and hiking, perhaps capped off by smoking a traditional Yunnanese bong. 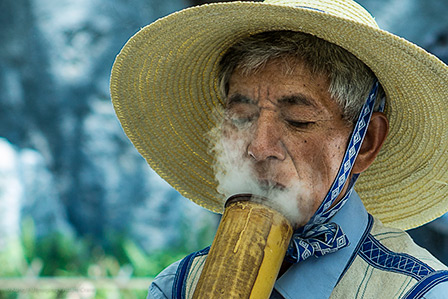 how to go there from ju hua cun