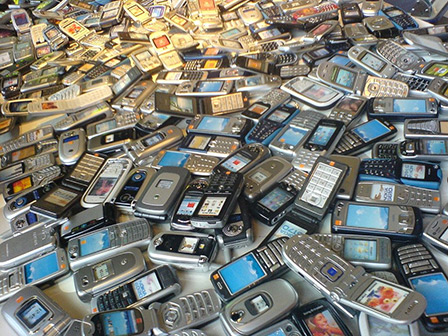 The policy requires the country's three largest telecommunications companies, China Mobile, China Telecom and China Unicom to record "real name" customer information at the time a purchase is made. This includes when people apply for new services, upgrade existing accounts or change service plans. Existing unregistered users are only required to provide ID when making changes to their current plans.

China's Ministry of Industry and Information Technology released a statement explaining the rules are meant to limit spam and fraud. Service providers and vendors found to be in violation of the new statutes face fines of up to 30,000 yuan (US$4,900) per transaction. Additionally, carriers found to alter, sell or otherwise distribute information gathered while recording user information can be similarly fined. No announcements have been made regarding penalties regarding end-users who fail to show valid ID.

Several news outlets have reported the policy is causing widespread confusion. Many small vendors, such as kiosks or family-run shops, have stopped selling SIM cards containing new phone numbers. Others continue to sell cards as they did before the new regulations went into effect.

GoKunming spoke with an employee at a China Telecom outlet who walked us through the process. She confirmed that in order to sell a SIM card she must first record the customer's ID number and their name — in the case of foreigners, showing a passport will suffice. She would then enter that information into a company database, either over the phone or via a computer, along with the new SIM card's serial number. Only then will the SIM card be activated.

It remains unclear how small vendors and online retailers selling old, uncatalogued SIM cards are expected to comply with the laws. Comparable statutes were implemented in 2010 and then largely abandoned when it became apparent telecom companies lacked the internal infrastructure required to keep up-to-date records. With an estimated 280 million unregistered mobile phone users across the country, the new regulations could run into similar problems in 2013.