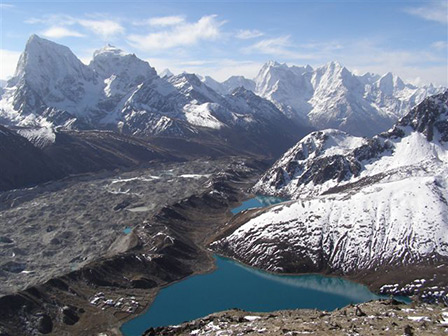 Over the past week, media outlets from England to China to New Zealand have run stories about a historic "water grab" going on in and around the Himalaya Mountains. At the center of all of these stories is a paper published in the journal Science by R Edward Grumbine and Maharaj K Pandit.

We spoke with Grumbine, who is based at the Kunming Institute of Botany, over tea at French Café to gain a better understanding of what exactly is going on with some of the nine major river systems flowing off the world's 'third pole'. The following is a summary of our hour and a half conversation. 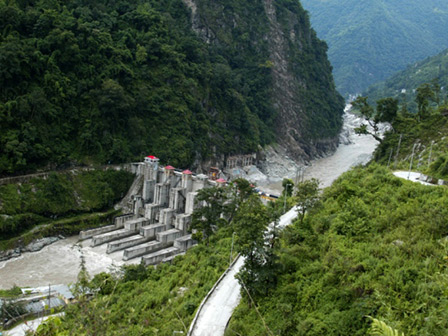 A dam on the Teesta River in India

India has proposed building 292 dams in the next two decades. These would help alleviate some of the country's chronic electricity shortages. Last year India suffered the largest blackout in the history of the world and an estimated 400 million Indians lack access to electricity on a daily basis.

Massive hydroelectric projects would help generate some of the electricity needed on the subcontinent — by official calculations providing six percent of all of India's power needs. On average, across the region, this would work out to one dam for every 32 kilometers of river. Grumbine told us:

This is a pipe dream for the Indian government. No country can feasibly construct that many dams in that short a time. Not even China, which is the world's fastest and most prolific dam builder today. But our research was based on what is officially projected.

China is not in as desperate a situation as India when it comes to providing its citizens with electricity. Even in Yunnan, one of China's least developed provinces, the government reported every village had access to electricity as of January 2013. Nevertheless, both countries see hydroelectricity as a mainstay of their future energy policies. 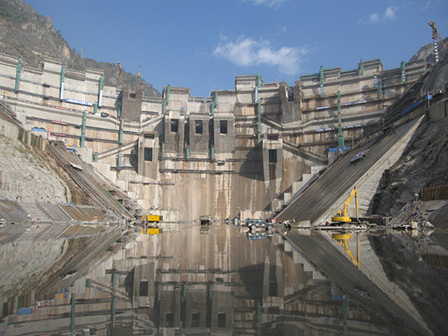 The Xiaowan Hydropower Station on the Lancang River in Yunnan

The governments of both countries view hydropower as relatively clean, especially when compared to coal, on which they are both currently dependent. The Himalayan rivers flowing through China and India are viewed as untapped resources by Beijing and New Delhi that can help lower carbon emissions.

This thinking has led to the nearly 300 dams under consideration in India. In China, dozens of dams in Yunnan and Sichuan have been completed over the past decade and 100 more are in various stages of planning or implementation. According to Grumbine there is one major shared problem:

No matter how many dams, or how thoroughly either country embraces green power, their energy demands will still continue to skyrocket. They could maximize development of all green energy sources and still be coal-dependent — and also continue to have steeply rising CO2 emissions.

That does not mean either government should discontinue their renewable energy initiatives. As Grumbine is quick to point out, China should be lauded for many of its green politics, and that the country it is doing more than most states to curb emissions. 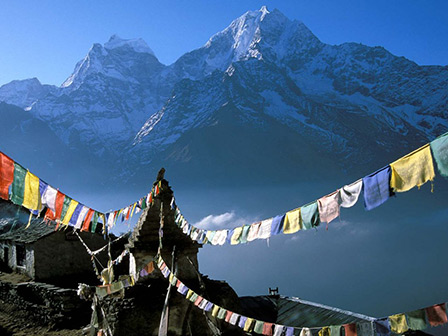 Concerns beyond coal and electricity

There are of course things to consider apart from energy needs. Dam building on this scale would bring with it a host of ecological impacts as well as those on humans. Grumbine and Pandit's work, published in Science and Conservation Biology looked at 132 of the dams proposed by India. Of those, 88 percent would be located in ecological hotspots. The models they used predicted 20 to 30 species extinctions by 2025 due to dam construction, many of them likely birds and fish.

Grumbine told us the models did not take into account some important factors such as the impacts of road building, fragmentation of plant and animal populations or the roles the extinct species might play in their ecosystems before they disappeared. This, Grumbine argues, is all the more reason to conduct adequate environmental impact assessments (EIA) on these numerous projects.

Herein lies another similarity China and India share — both have EIA laws on the books, but those laws are weakly implemented and enforced at the local level. Often times, in China at least, infrastructure projects are begun months or years before being officially approved — or not approved — by Beijing.

Before embarking further on such new, large-scale hydropower projects, the human toll of the construction ought to be understood as well. China and India are first and second in the world respectively when it comes to relocating local people. India alone has resettled between 16 and 40 million people in the name of water development. Simply finding new homes and land for so many people, in either country, is an incredibly difficult task.

Both countries do often conduct EIA studies and law-based resettlement. However, dams are evaluated in isolation from one another and never on a cumulative scale. Grumbine said it was crucial that such cumulative impacts be understood, especially given the density of dams on the drawing board. 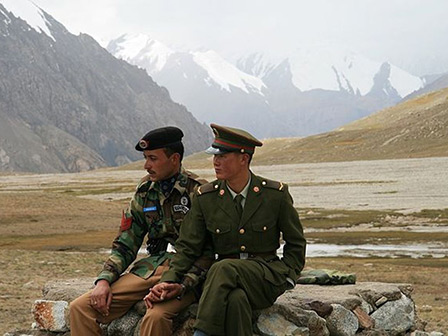 On the possibility of future conflicts over water rights

Grumbine refers to himself as a realist when considering whether countries downstream from China and India will have negative reactions to the proposed dams. He looks to last year's cross-border cooperation in the case of drug syndicate kingpin Naw Kham for a glimpse of the future:

It took something big, the murder of 13 Chinese nationals in trans-boundary waters, for Chinese and Southeast Asian law enforcement groups to initiate cooperation. But in the end they did. And they were successful.

I don't know what sort of trigger there would have to be as far as shared water rights on the region's rivers go. But in Asia, as in many other places, it often takes a negative signal to capture attention before cooperation between countries is considered. I wish it were otherwise.

In a country which prides itself on its holistic approach to medicine (TCM aka Traditional Chinese Medicine) - I sincerely hope China will similarly tackle the hydropower issue in a similar manner.