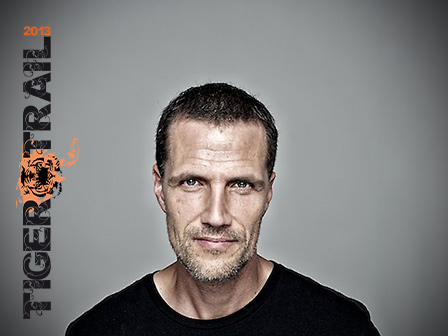 Earlier this summer, China and Russia signed a historic memorandum of understanding, pledging to work together to save tigers. The two countries plan to establish a series of habitat corridors along their shared border with the intention of protecting tiger ranges while keeping their interactions with humans to a minimum.

Chris Slappendel followed these developments carefully as he travels to every country on earth that was or is home to tigers. He is on a mission to raise awareness regarding the plight of tigers, which by some estimates could be extinct in the wild in less than a decade.

GoKunming sat down with Slappendel during his recent visit to the Spring City. We discussed the goals of his Tiger Trail project and why he has devoted so much of his time and energy to protecting the world's largest cat. 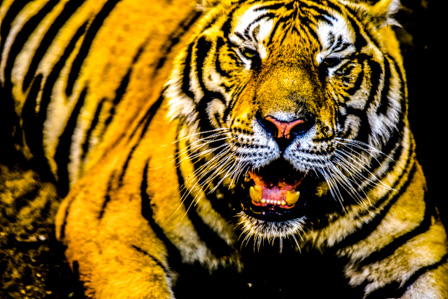 GoKunming: Why did you decide to visit every country that has ever been home to tigers?

Chris Slappendel: Twelve or thirteen years ago I became really interested in wildlife. I ended up visiting Africa several times for safaris. Although there aren't any tigers in Africa, I've always been very interested in them and seeing the animals in Africa made me want to see tigers as well.

I decided I wanted to got to India or Malaysia for this. That's when I started doing research on the situation of tigers. The plight of tigers became more important to me than my trip and I decided I should try to do something to about it.

I spoke with friends and associates about what I could do. My background is in sales and business and I came to understand the problem of tiger conservation is one of marketing. I had ideas, but they were all raw and without details. So I made the equivalent of a business plan. Awareness of the problem needed to be raised, and that needed money.

I went to a Ted X talk in Delft, Holland and a woman who drove her tractor from Amsterdam to Cape Town was giving a talk. It was there I realized the importance of publicity. What could I do to raise publicity? I began to brainstorm and came up with the basics for Tiger Trails. 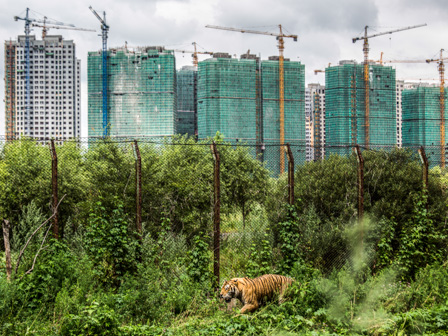 GK: How are you raising money for this endeavor?

Slappendel: This trip and Tiger Trail are both self-funded. I have a few small sponsorships from associates who provide me with free web design and internet support. But it isn't my intention to raise money. I want to educate people about the situation tigers are in — raise awareness. When people want to donate money I point them toward the World Wildlife Fund, the International Fund for Animal Welfare or other NGOs.

GK: How many countries do you plan to visit in total?

Slappendel: Thirty-one over the course of 185 days. Problems with visas have limited this already. Iraq, North Korea and Turkmenistan have all given me visa problems. I've already been to Russia, South Korea, Azerbaijan, Iran, Afghanistan Georgia, Turkey, Armenia, Tajikistan, Kazakhstan, Uzbekistan and now China.

GK: What has the reception been like in the places you've visited?

Slappendel: Overwhelmingly positive — people are interested. Even in war-torn places like Afghanistan. Talking about tigers in Afghanistan meant people weren't talking about war, which was a nice change from the norm. It makes people take time away from worrying about their lives. And there is genuine interest there even though people have much more immediate concerns. 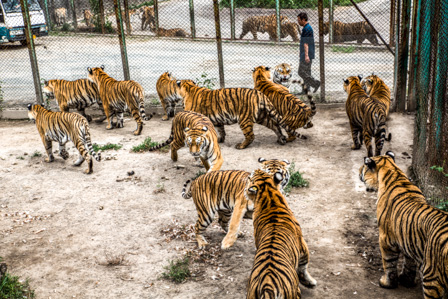 GK: In what country have you gotten the most publicity?

Slappendel: My time in Russia was incredibly busy. There is a friendship program between the Dutch and Russian governments and I know a woman involved on the Dutch side. She helped me enormously. I had two days of interviews in Moscow and was in all of the largest newspapers. I was also on two talk shows. The level of interest in conservation is quite high and it's growing. The Siberian tiger is becoming more of a cultural symbol in Russia.

Putin has done a lot for tigers. He is the only high up person in all of the countries I am visiting that is taking tiger conservation seriously and showing that he means business. While I was in Russia, the government allocated one million dollars specifically for tiger preservation.

Putin has also made the laws regarding tiger poaching much more strict, with penalties of up to seven years in prison. I told an interviewer in Russia that Putin was my hero. That got quite a laugh from the people who were in attendance.

But word about Tiger Trail is spreading. A Dutch radio station is following me with weekly updates from the road and the press in many countries I plan to visit is getting in touch. In India and Thailand the media is already catching up on Tiger Trail and there will be press conferences and interviews. Local news crews will be following my activities inside those countries, but what I really hope for is coverage from the BBC, CNN or Al Jazeera. This is of course not publicity for me, but for the cause of tiger conservation. 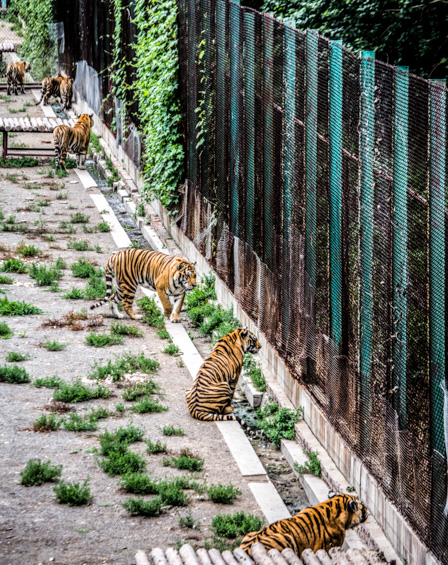 Many people blame Traditional Chinese Medicine for dropping tiger numbers. What have you found is the culprit?

Slappendel: Chinese Medicine was a traditional source of demand for tigers. But Beijing and preeminent Chinese doctors have started a public campaign distancing themselves from the use of tiger parts. They have said they want no involvement with ingredients originating from tigers. They have also offered substitutes to old remedies and prescriptions using tiger parts. Surveys of the Chinese public have shown a dramatic decrease in the demand for the use of tigers in medicine.

Now the demand for tigers, worldwide, is mostly from rich collectors. If you sell an entire tiger — every piece of the body — it can fetch 500,000 US dollars. Parts of the animals are used for all sorts of things — for furniture, gifts in business and in the making of tiger bone wine. A single bottle of that wine can cost up to 1,000 dollars.

The other biggest threat is habitat loss. Over the past 100 years historical tiger ranges have shrunk by 93 percent and population numbers have seriously declined from an estimated 100,000. The areas where tigers lived had a human population of around one billion a century ago, but that has grown to four billion.

So now tigers are being squeezed into smaller areas. They attack livestock and farmers in turn kill them. In places where people hunt for their food — like in Russia's far east — tigers are seen as competition and so they are shot. 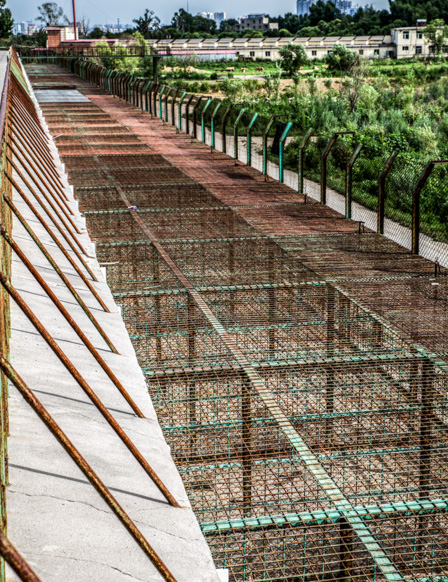 GK: How many tigers are left in the world?

Slappendel: In the wild it is estimated to be around 3,500. This is a pretty optimistic number. Personally I think it is much closer to 2,500.

In captivity there are tens of thousands. I visited zoos, or tiger farms, in Harbin and Guilin, and each of them had more than a thousand tigers. So just in the those two places there are numbers almost equal to those living in nature. In the United States there are 13,000 tigers kept as pets. That doesn't include the animals that are kept in zoos. In Texas alone there are 3,500 living in peoples' houses. 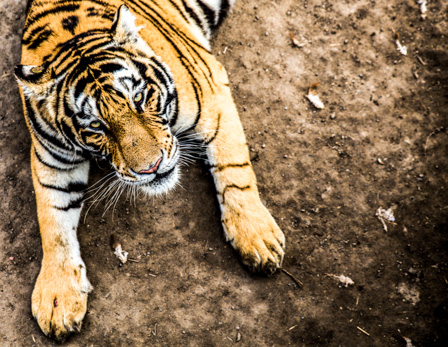 GK: What is being done internationally for tigers?

Slappendel: There are 13 countries were tigers still live and they have stated they want to double the number of tigers to 7,000 by 2025. Next month the G20 summit is happening in St Petersburg, Russia. Putin and Xi Jinping are expected to discuss wildlife corridors in Heilongjiang.

I am trying to encourage other world leaders to join them. If the United States, Russia, China, India and Indonesia all work together I think great things can happen. It is such a small issue compared to other things they deal with that I think even a small amount of effort and cooperation would have a gigantic impact. I sent letters to the leaders of these countries urging them to act. I hope that will make them think. They need to discuss illegal logging, deforestation, banning tigers as pets and also China's tiger farms. 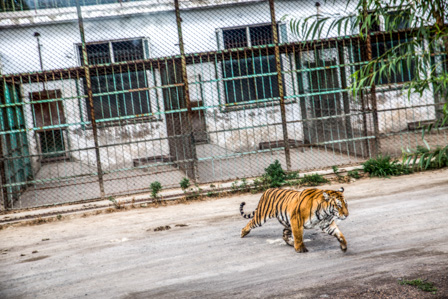 GK: With all of the problems facing humanity, why is saving tigers important?

Slappendel: Most people will most likely never see a tiger in the wild. So I understand many would ask "Why care?". But it is important. Humans are making such a mess of the world. My feeling is that people don't care about nature as much as they should. Many of us are completely disconnected from it. Yes, the tiger is only one example, but its plight is a symptom of a much larger problem.

This is hard if people only see themselves as involved in their direct surroundings. We have to think about the world and not remove ourselves from nature so much. Wherever I go there is a different perspective towards nature. There is no common thread and every culture and every place has a different attitude. I think we need a common vision.

If we consider ourselves a powerful species, an intelligent species, we should have the power to protect the weaker species. And in the end, everything, even tigers, are weaker than man. 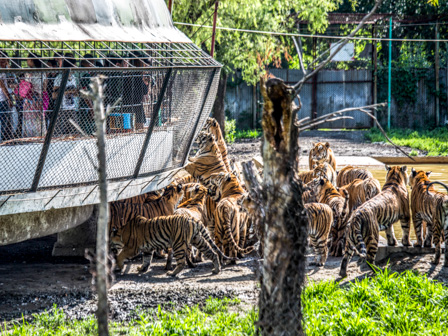 Yes, we all need a common vision.

A great article with gokunming and even a greater quest. I agree solving the problem is threw marketing, but sometimes when there is money involved, marketing might not be enough for some people to stop. The rumour has it that the tigers get transported van Burmese border to China (Yunnan), so that some chinese are able and willing to spend a lot of money to go to a restaurant to eat the tiger meat. It is not all about the Chinese medicine anymore.