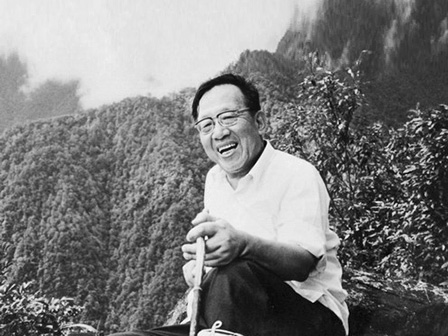 Wu Zhengyi (吴征镒), known in China during his life as a "living encyclopedia" and a man who participated in the identification and naming of hundreds of plant varieties, died in Kunming last week at the age of 97. The Kunming Institute of Botany (KIB) announced the scientist's death on June 20.

Born in 1916 in Jiangxi province, Wu would eventually receive his PhD from Tsinghua University. The university moved twice while he was attending in attempts to avoid the Japanese army — first to Changsha and then to Kunming. When the university migrated to the Spring City, Wu walked from Hunan to Yunnan to continue his studies.

He was appointed head of KIB in 1958, and when he died 55 years later, left behind an enormous body of work. During his seven-decade career as a botanist, Wu published 140 papers on the flora of China, researching and helping name a total of 1,766 plant species.

He was perhaps best known for compiling the massively comprehensive Flora of China (中国植物志). The compendium, which took Wu 45 years to complete, is comprised of 126 volumes and is more than 50 million characters long. 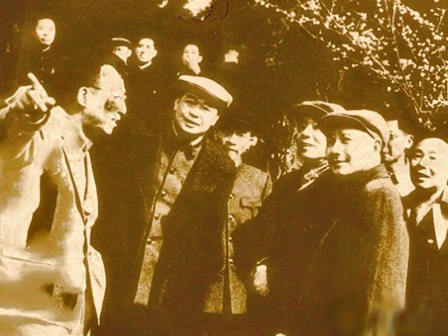 The Flora of China catalogues the distribution, characteristics and economic uses of more than 31,000 different plants native to China. Upon completion of the work, Wu would go on to compose similar botanical surveys specific to Tibet and Yunnan.

In 2008, Wu received China's top scientific honor, the State Supreme Science and Technology Award (国家最高科学技术奖). His career and accomplishments were recognized in Beijing at a ceremony presided over by president Hu Jintao.

In addition to his codification of China's plant species, Wu is credited with making two recommendations that had a large impact on the preservation of Yunnan's rich array of plant species. The first was a 1956 proposal to establish a series of 24 nature reserves in Yunnan, which eventually led to the establishment of China's first national park.

Wu's second suggestion, made in 1999, was that the country should establish a seed bank as a means of protecting the world's plant species from extinction. That idea was realized five years later and today the Germplasm Bank of Wild Species (中国西南野生生物种质资源库) at KIB is the largest seedbank in China.

A great man who selflessly dedicated his life to botany and nature, life that man so easily exploits and takes for granted. His compilation of the Flora of China is a fruitfion of countless hours of painstakingly toil and unglamorous tedium. We in Yunnan and beyond will miss him.

On similar topic, anyone have any suggestions for finding 'non-professional' information (books, websites, etc.) in English on flora and fauna in Yunnan?