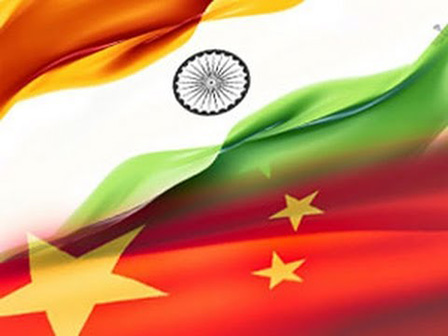 China and India appear to be strengthening bilateral ties through a series of soft power initiatives. The world's two most populous nations have recently engaged in cross-border exchanges designed to generate goodwill, with the primary focus of connecting Kunming and the Indian city of Kolkata.

The two met March 6 in Kunming to mark the end of another goodwill event — the 2013 Bangladesh, China, India and Myanmar Road Rally (2013 BCIM). The 3,000-kilometer race, which began this year on February 22 in Kolkata, had its inaugural run in 2008. Not coincidentally, that same year marked the first time Kunming and Kolkata discussed a sister city partnership.

Relations between China and India have had high points since then, such as when the two countries held joint military drills in 2011. However, the two have also been unable to agree on rebuilding the World War II era Stilwell Road and border disputes have, in the past, led to the cancellation of cooperative military exercises as well as the BCIM race.

Despite the recent warming of relations, establishing city ties is by no means guaranteed. According to The Times of India report, India has no formal policy regarding such relationships and all proposals must first be approved by officials in New Delhi. Nevertheless, Chinese administrators appear hopeful. Lü Tianyun (吕天云), director of the Kunming Office of Foreign Affaris, was quoted as saying:

Sister city status allows us to better economic and cultural ties beyond the constraints of the federal or national government. From training of civil servants to sharing of best practices in civic management to cooperation in healthcare and investment in city-specific projects, there is tremendous scope for exchange between the two cities.

Relatively small bilateral cooperation such as the BCIM rally and subsequent sister city discussions may be connected to the upcoming China-South Asia Expo. The trade and cultural exchange expo will be held in Kunming from June 6-10. It aims at expanding trade and improving economic ties between China and neighboring countries while positioning Yunnan as a "South Asia Gateway" for the rest of China.

They've been on about this for years. Impediments to meaningful land links include the ongoing conflict in northern Burma with the Kachin people, the American-supported pro-western swing of the Burmese government, and the touchy subject of historical relations between Yunnan and northern Burma's own historic powers of old such as the Nanzhao, Shan and Mon kingdoms who at times dominated not only all of Yunnan but also struck further afield. Nanzhao's links to the Brahmaputra valley (eastern India's Assam region) and Bengal to the south are significant; to this day you can see obviously Hindu influenced rock-carved sculpture at sites like Shibaoshan in Dali prefecture. The Chinese government presumably avoids highlighting these historic links for fear that they have the potential to detract from the ongoing process of unification of Yunnanese peoples under Chinese governance in this still very young border region (sections of which were meaningfully placed under Chinese administration until around a hundred years ago... some may argue such pockets persist today).

I've been telling my students for years that one reason to study English is that business with India is bound to grow. One need only look at the map to notice that two of the fastest growing countries in the world are almost side-by-side, and that Kunming is well-placed to benefit from that. English will almost certainly be how Indian and Chinese businessmen communicate.