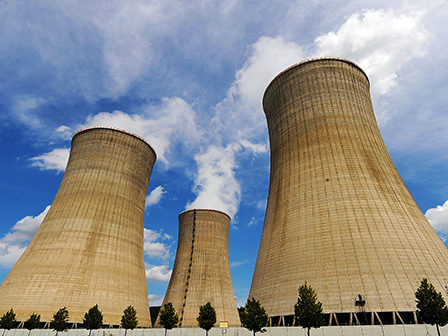 Burmese government representatives tacitly acknowledged a homegrown nuclear program earlier this week. A senior military official declared the project would be used only for peaceful purposes.

The military will not develop nuclear technology to produce weapons of mass destruction, but will conduct studies and experiments for peaceful purposes in accordance with international standards to use in the medical sector—in laboratory research for science and in the electrical energy sector.

The general's remarks may have been a somewhat slow response to Japanese accusations that Myanmar is colluding with North Korea. In late August, a ship from North Korea destined for Myanmar was seized by the Japanese navy.

Onboard the vessel were materials Tokyo claims can be used for uranium enrichment. The general's comments may be an attempt to assuage US and Japanese concerns regarding the influence of Myanmar's military on the country's policy-making.

The Myanmar government is attempting to recast itself as a reformist regime rather than a military pariah state. In a move emphasizing transparency, Burmese president Thein Sein hosted US president Barack Obama in November.

In the run-up to the visit US trade sanctions were lifted in advance of normalized relations between the two countries. In return, Myanmar was expected to disclose the nature of its nuclear program to United Nations inspectors and cut military ties with North Korea.

As US influence in Myanmar grows it may bump up against the long-standing relationship the Chinese and Burmese have built over the past decade. Yunnan has been at the forefront of up and down Chinese links to Myanmar.

China is the largest trade and investment partner with the former military junta – having spent 87 billion yuan (US$14 billion) on infrastructure and power generation projects alone. Much of the trade ensuing from these investments crosses the Yunnan-Burmese border.

In addition to trade, Myanmar is a strategic energy partner. Last week construction on the Chinese terminus of a 16 billion yuan (US$2.5 billion) pipeline connecting Anning to oil and gas fields on the Burmese coast commenced. Crude purchased from Middle Eastern countries will also be shipped through the pipeline, thus bypassing the US-controlled Strait of Malacca.

It remains to be seen how the disclosure of Myanmar's nuclear ambitions will affect its burgeoning relationship with the US. Chinese officials have been largely quiet on the subject but they are no doubt watching expectantly to see how growing US influence in Myanmar will affect Yunnan and greater China.