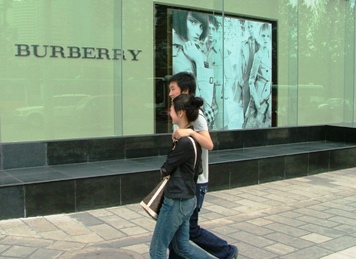 It's no secret that foreign companies are waking up to the potential of China's second-tier cities and provincial capitals such as Kunming, but what may be surprising to some is how quickly global luxury brands have caught on to the rising purchasing power of these boomtowns.

In 2006, Kunming municipality's per capita disposable income broke the 10,000-yuan mark for the first time, reaching 10,070 yuan. Given the relatively low cost of living in Kunming, city residents are increasingly able to afford high-end items. 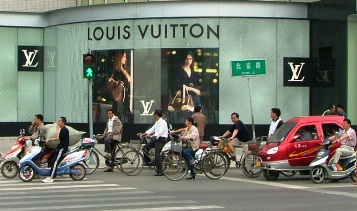 Louis Vuitton recently opened an outlet in Kunming, one of 16 nationwide, in the high-end Gingko (金格) Shopping Center on the southeast corner of the intersection of Dongfeng Lu and Beijing Lu. Gingko is also home to Salvatore Ferragamo, Chanel, Versace, Mont Blanc and Burberry. France-based luxury brand Hermes even chose Gingko in Kunming as the location for its first mainland retail outlet two years ago.

There's more to luxury than clothing, fragrances, pens and watches - luxury automobile companies are also making their presence felt in Kunming. Big names including Mercedes-Benz, Maserati, Lexus and Porsche have dealerships in Kunming, with more rumored to be considering setting up in the Spring City.

Surprisingly, the major vacuum in Kunming's luxury market - one of China's biggest cities for tourism - is the hotel sector. Last November, Thailand-based TCC Group bought the Bank Hotel with the stated aim of addressing the luxury travel market, but at present it's arguable that there are no bona fide international five-star hotels within the city limits.

Kunming's high-end hotel shortage, which will likely change in the coming years, is primarily due to a too-early entry into the city by international hotel chains like Hilton and Marriott, who made ill-advised bets on the 1999 World Horticultural Expo in Kunming. After the Expo, international hotels pulled out of Kunming one by one.

As a result, luxury hotels have been more likely to select cities like Lijiang or Shangri-la (Zhongdian) in recent years than Kunming. Singapore-based Banyan Tree has villa-style accommodations at the foot of Jade Dragon Snow Mountain near Lijiang and Tibetan-style lodges in the Ringha Valley. Amanresorts, also based in Singapore, is building a luxury hotel in Diqing County. One of Asia's top golf resorts, Spring City, is located near Yangzonghai, about two hours south of Kunming.

What does it all mean? Kunming's spending power is increasing and the infrastructure for wealthier travelers is steadily being built. Overnight gentrification of the city or an invasion of high-end tourists isn't likely in the cards for the short term, but pronounced socioeconomic differentiation such as that seen in Shanghai or Beijing appears possible over the coming few years.

Interesting reading about the high end class rise in Chengdu and China's second-tier cities in general, even if an old post. Is there a more recent update to this posted somewhere? And do you have similar statistics, trends, speculation for a city like Chengdu?