By Patrick Scally in Features on December 31, 2012 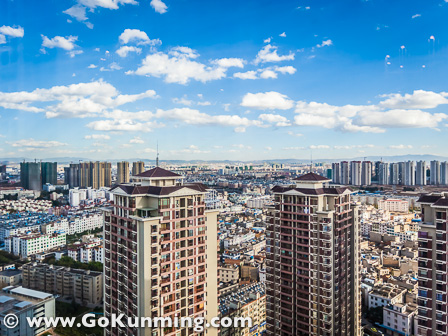 The end of the year is a special time in which editors and writers around the world recycle content from the previous twelve months and repackage it as new content. We at GoKunming are not above this practice, so here's our look at the people and events that shaped 2012 in Kunming and Yunnan. 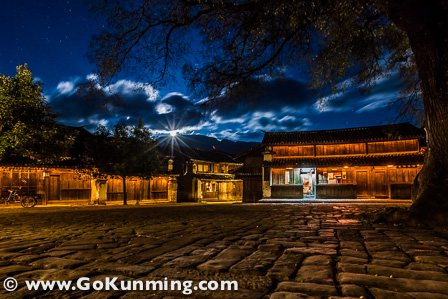 The year began with us attempting to track down the origins of Kunming's name and city officials wondering how to tame Spring City drivers. We tried to leave cars behind and traveled to one of the province's more photogenic places. Renowned director Chen Kaige attempted to emulate another accomplished filmmaker and, in the end, didn't do a very good job. Underwhelming stage performances did not keep fancy international hotels from once again inking construction deals. Yunnan was working hard to upgrade its railway infrastructure and hook up with Vietnam. We spoke with another hard worker about Kunming's wonderful lack of pretentious wank and then everyone stopped working as China welcomed the Year of the Dragon. 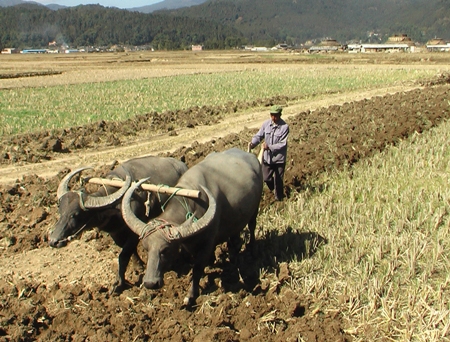 In a clash of personal styles, Colin Flahive reminded many of us why we are here while the Dear Leader ruined football. Kunming got thirsty and then the province warmed-up to the idea of coffee. Yu Jian explained his hometown homage, Shanren punched their ticket out of Yunnan and Jiang Li told us why she has spent the past six years of her life in the company of prostitutes. Village Progress got by with a little help from its friends. We took a break in Laos and watched a movie. Yunnan demoted its golden-boy, promoted others not so familiar and then got down to the business of making it harder for Kunmingers to shower. News of a pre-Olympic chicken scandal broke. Shopping for used everything became easier. 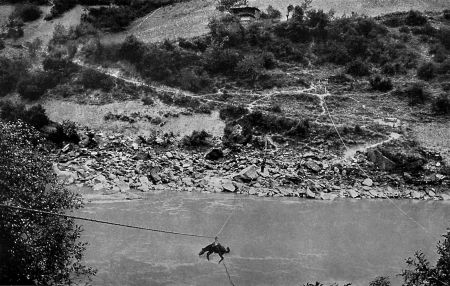 Most of Yunnan's historic ropeways came down in 2012 (photo: Joseph Rock)

Water was alarmingly disappearing around the province. Also disappearing were some rugged icons in Yunnan's northwest. Pandas invaded and conquered the Spring City. Curse you, pandas! Lijiang opened up to the outside world and Yunnan tried to make its neighbors play nice. Kunming Mayor Zhang Zulin set the record straight. Scientists began keeping track of dust and a group of poets lost track of their wine. Gibbons and forest fires made headlines, although thankfully not together. We hiked to Dragon Gate before finding time to rock out in Wenshan. Dams, dams and more dams threatened the livelihoods of millions. A Swede tried to make Kunming a football-relevant city and brave men and women from three countries were remembered after 70 years. 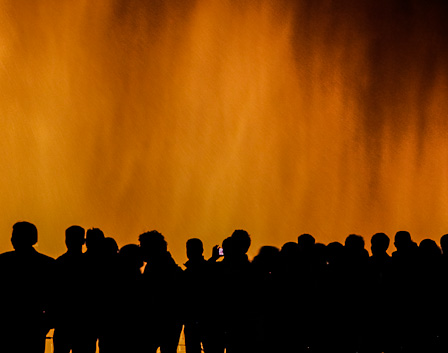 The month began with GoKunming under new management. Thanks again to Chris and Matthew for their foresight and tireless efforts. Diet supplements were potentially making people sick while Puzhehei was doing its best to make people dance. We got our Dao on with Zhang Yongzheng and then headed west to check out a fast-changing gem. Paleontology in Yunnan got fishy as we made dinner and wondered over the constantly changing price of pu'er tea. Cavemen were found near Jianshui, Yunnan couldn't care less about economic downturns and a local foody couldn't care more about rice noodles. Two homegrown studs wanted to save the earth and Kunminger's came together to save Lassie and 500 of her friends. Tengchong got busier, no doubt because of GoKunming's write-up of the place. The Lahu language got glossed and Kunming had the pleasure of hearing Swedish jazz one more time. 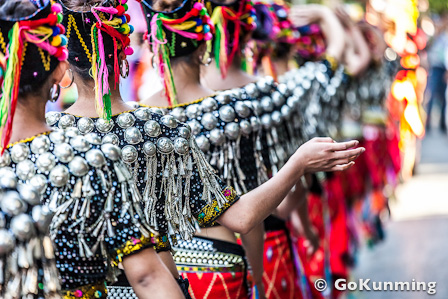 A parade at the Kunming Carnival (photo: Yereth Jansen)

The Spring City turned out en masse to strut its stuff but the lunch menu for kids was not so good. We rode a hot air balloon through the skies over Vietnam. A string of kidnappings in Jinning turned incomprehensibly gruesome while Xishuangbanna fell in love with Starbury. Myanmar made headlines not once but twice, as a drug kingpin was nabbed and the blind had their sight restored. Howard Dyck shared some truly amazing memories and hoped to create a few new ones. Drastic measures were enacted when Kunming turned off the tap. Jim Goddman took us anywhere and everywhere South of the Clouds which led to an opportunity for us to stop to take photos along the Angry River. Yuxi couldn't have enough to drink and DragonSK8 kickflipped into the Spring City. Meanwhile, Yunnanese college students wanted to know more words. 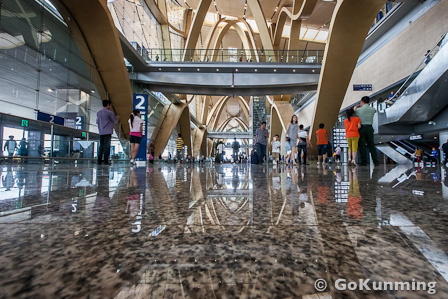 Canadians refused to give straight answers, Village Progress had its heart in the right place and litigious environmentalists fought against hexavalent chromium. Tom Kirkpatrick climbed to 4,800 meters while Dianchi Lake experienced its first booze cruise. Money was flying around everywhere. There was no end in sight to Kunming's decade-long construction binge — but the new airport looked poised to open. The Bard made us laugh while a wandering camel explained more than ten years of business in Kunming. We wandered the forest on a little-explored mountain near Lijiang. The province-wide drought continued, largely unabated and tragedy struck far northwest Yunnan. We glimpsed the future. 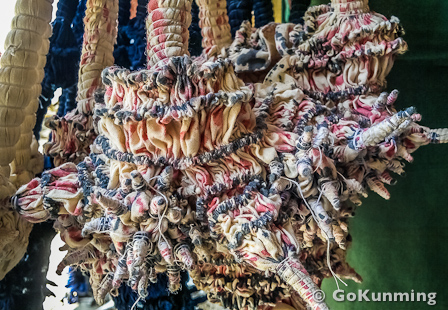 A bundle of complex, hand-tied knots used in Dali tie-dying

Two men took their dam spat public while a female yak began to tell secrets. We put the dye in tie-dye. Contributor Sander van de Moortel ate his weight in mixian. Yunnan's economic goose stopped laying golden eggs which might be alright because when we looked closely, gold wasn't so pretty. Luckily, the province found its new gold — natural Viagra. The Kunming government was looking to aid the homeless. In a search for something to eat, Colin Flahive went to great lengths. Yunnan suffered yet another natural disaster. We went north to bet on the ponies and rare animals got rarer. A madman had his quick day in court. 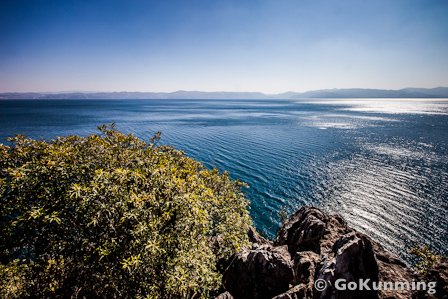 While China and Myanmar bickered over oil, two Kiwis happily drove halfway across the earth to Kunming. Yunnan couldn't stop being golden. Tourists were in an uproar over paying to stay in hotels. China invaded Thailand. A teenager decided a new iPhone was more important than living and Kunming residents decided to yell at the government — anonymously. We had water on the brain in both Myanmar and Fuxian Lake. Unregistered vendors, which were popping up all over the city, lost their stuff for a night. The solution to traffic problems was to add more cars and we did the math with the Irish. It was time to go shopping. For everything. Really. You say goodbye, and I say hello. The world ate staggering amounts of Yunnan fungi, rice flexed its new muscles and Chinese scientists were hoping to stare at the sun. 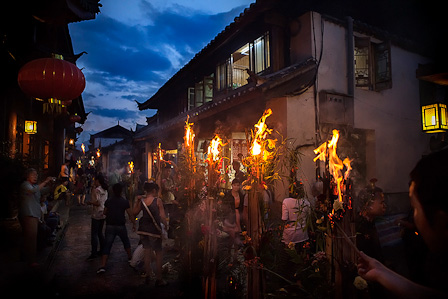 Roz Weitzman, GoKunming's resident chef, gave it the beans, the Lancang River became treacherous and a Kunming man elevated welding to an art form. Cold medicine was being used for evil purposes. We took a trip to China's most popular circus and found it wasn't so bad. The Yunnan government saved 9 million tons of coal and federal authorities spent one billion yuan to help some incredibly unlucky people. Kunming's old airport was quite ingeniously made useful once again. Noodles threatened to tear a family apart but lotus root soothed the soul. Governor Li Jiheng (李纪恒) wanted more airports and more trade. Murderous bastards were once again making headlines. We went to a monastery built into a cliff, it was announced people living in Chenggong could soon more easily travel to Chenggong and Diandongosuchus fuyuanensis terrorized Gondwana. A mute dwarf entertained children in far-flung areas of southern Yunnan. A stroll through a park in the middle of town contained more history than we thought possible and taught us about China's Machiavelli. Green Lake found new ways to be obnoxious and, perhaps not coincidently, water became more expensive. 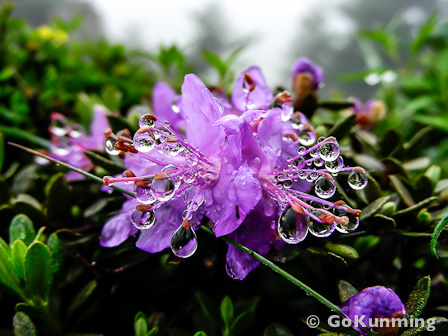 Rhododendron impeditum at 3,800 meters elevation in the mountains of Lijiang (photo: Robbie Hart)

Millions travelled for Golden Week while one man kept a watchful eye on the province's alpine flowers. College freshman were getting fatter which inspired us to go hiking in the hills of Vietnam. While Chinese literature was garnering international acclaim Wenshan farmers tilled dangerous soil in obscurity. A local singer explained the absurdities of televised talent shows and people were happily dumping fish into a lake. GoKunming checked out the amusement park time forgot and older people worried about the future. COART was a resounding success but we found aviation officials had dropped the ball. At the same time Laos was putting on its big boy pants efforts got under way to stop Yunnan from becoming a desert. We accidentally stumbled into a crematorium in western Yunnan while needy kids had health checks. Marauding pachyderms were on the loose and so were the city's urban planners. The Spring City banded together to help a friend in need which led to a more civilized Kunming. Songming was rolling in Malaysian cash. Library cards were expensive but worth it and the taro was cooked just right. Kunming played the numbers game and Hell Yeah! looked to strike it rich. Weishan decided it should go green, we went shopping for exotic animals and a Chinese novelist was very publicly sent to the hospital. The once rock solid housing market appeared shaky. Proving that no place, no matter how remote, is immune to construction, one of Yunnan's most pristine lakes got what was coming to it. Little Tyson got his long-awaited day in the sun. We discovered a new and delicious way to prepare chicken while the province tried to tackle two ongoing and little-discussed problems. The Kuai River near Dongchuan

Like much of the rest of Kunming, Haigeng Park went under the knife. A controversial form of energy extraction arrived in Yunnan and one that has been around for a long time wreaked havoc. With our expert guide we went in search of the perfect tea. Online, Xinhua got a bit of a comeuppance. There was apparently no end to what ancient marvels lie buried beneath the soils of Yunnan — some of it newfound and some of it very, very old. The city considered making cigarettes more difficult for children to buy while the end of the world came and went, signified only by a tongue-in-cheek party. The Flying Tigers got a new home that hopefully won't collapse. Having children got easier. We dusted off our bikes and headed north. In the meantime, scientist debunked a murder rap and left questions unanswered. Roz made us a salad and Myanmar tried to split the atom.

All of us at GoKunming wish you and yours a safe and happy New Year.

"Cavemen were found near Jianshui" .. actually the location was more like "the lower Yunnense Red River" .. south of the river .. closer to Dienbienphu in Vietnam.