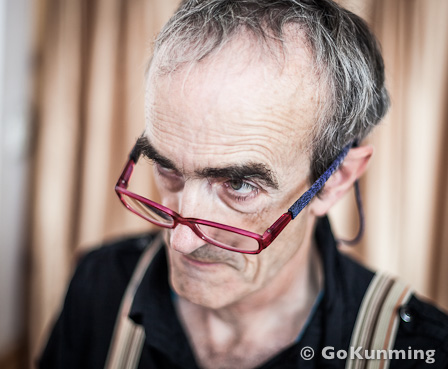 Street performances are not an uncommon sight in cities around China. On any given day you can see a variety of musicians playing various instruments around Green Lake Park. A bit more rare are roadside stage performances or plays. Dutch-French street theater artist Jean-Marie Bevort is looking to change that as he makes plans for a performance tour of southern Yunnan.

This year Bevort plans to take his show to some of the more remote places of southern Yunnan. GoKunming spoke with him on the phone to find out about his unique China endeavor. 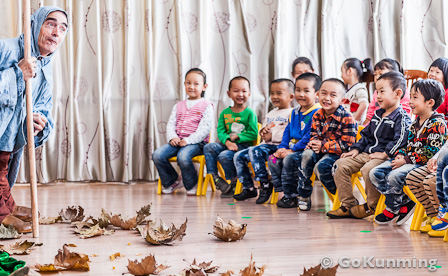 GoKunming: Can you tell us about your performance?

Jean-Marie Bevort: I've been working as a clown for over 30 years. The piece that we are going to bring to China is called The Dwarf [requires proxy]. The main character of the play is of course a dwarf — a true creature of the forest. The play centers around the dwarf and his interactions with a few other friendly creatures.

In China, we'll be experimenting by adding new characters to the play — a phoenix and a dragon. We started playing The Dwarf in 1990, and since then it has slowly evolved into an intimate, poetic and sensitive piece of family theater.

GK: You don't speak Chinese. Are you worried the language barrier will be too much of an obstacle between you and your audiences here?

Bevort: No, I don't speak Chinese. But the piece is suitable for an audience in any country because it is essentially without language. The dwarf communicates in an incomprehensible language that we humans can't understand.

The style of acting that I use to portray the dwarf character is called bouffon. The audience has to closely follow and interpret the dwarf's gestures and actions to stay with the story. 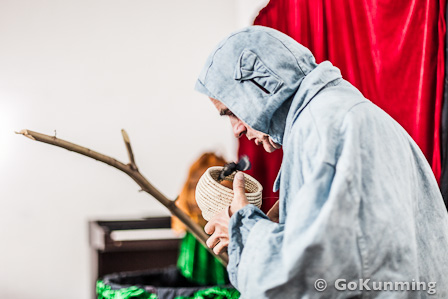 GK: Can you tell us about your work in Europe?

Bevort: During summers, my assistants and I tour the many European street theater festivals. In the winter, when there are no such festivals, we tour primary schools and kindergartens and try to transform a part of the school building into a platform where the children can freely dream away into the mythical world of the dwarf. Because I perform an intimate one-man show, we mostly have audiences of 100 to 200 people.

GK: And how did you get the idea to bring this show to China?

Bevort: My son moved to China a few years ago. While visiting him, I was keen to learn about the country and had the idea of developing and experimenting with performances there. This is a very good way to learn about local sentiments. I also have friends who are involved in Chinese education and they have been pushing me to perform my shows in kindergartens and primary schools.

Chinese kids are starving for some extra-curricular freedom. Theater in schools is a very new thing in China and we are currently looking for a Chinese partner to investigate possibilities in this area. The trial stagings in Kunming kindergartens last year were a resounding success. 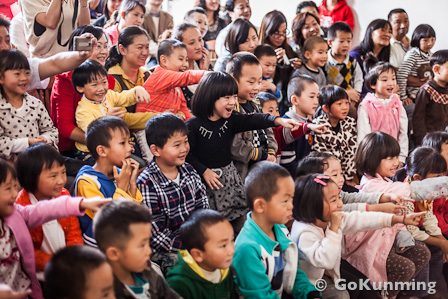 Bevort: The plan is to go to Honghe Prefecture (红河州). The focus is on the upper Ailao Mountains (哀牢山). In particular we want to visit areas where Hani people live. We have been researching their culture for quite some time now.

We'll take the windy roads up those mountains and enjoy the magnificent terraced landscapes and primary forests. We're going to do several performances for the children at Jiache (架车乡) township's primary school.

In Jiache we're planning to do a bit of jungle trekking and arrange a mule caravan towards Lüchun County (绿春县). From Lüchun, we'll make our way further south and tour the Hani tea mountains in Xishuangbanna. 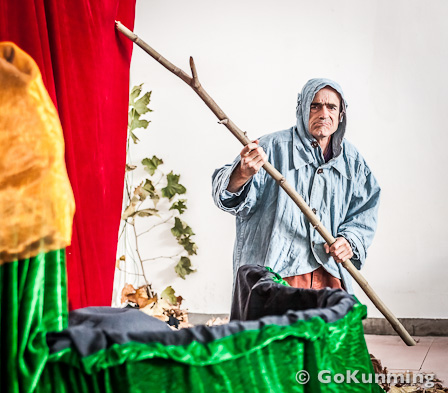 GK: Are you planning to perform everywhere you go?

Bevort: Yes. Actually, we'll do the complete show in Jiache. From that point, our driver returns to Kunming with the stage and we'll load the rest of our stuff onto the mule caravan.

A very special thing we'll take is a handmade wooden organ from France. A friend of mine is a composer and he arranged a version of a popular Hani love song onto one of the organ cartons. So we'll go from village to village with our classical European instrument, playing traditional local music.

I went to Barcelona with an organ in the 1980's, and made a very successful living with it. The Spanish musician's guild had prohibited street performers from taking organs into the countryside as a type of protective cultural measure.

The people had never heard an instrument like this and they all started dancing and laughing as soon as I began playing. I'm very curious if the effect will be similar with the minority tribes in Yunnan. It should be an interesting social experiment. 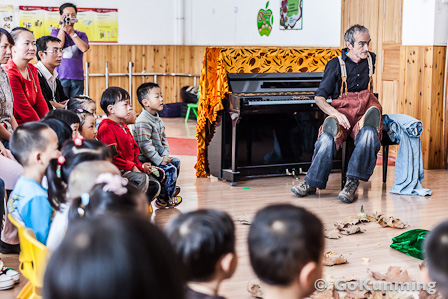 GK: How do you hope to affect your audiences?

Bevort: The Dwarf provides the audience with a chance to dream for a while. The reaction of the audience is strikingly similar in Europe and China. The children are swept away immediately and the adults typically really get into it as well.

Mostly, we try to present a kind of window through which city people can grasp the beauty of a mythical character in a natural setting. The charm of our China trip this year is that we are going to experiment with an audience that is far closer to nature than our usual crowd. I think it will be a very educational experience for me as a performer.

GK: Any interesting stories from your previous trips?

Bevort: Well, we also went into remote areas of the upper Ailao Mountains last year, and were introduced to beautiful stretches of primary forest on Huanglian Mountain (黄连山) in Lüchun. Our Hani guides were pretty rough-and-ready.

The trek turned out to be an extremely difficult expedition of jungle hiking through trackless terrain. We didn't take any provisions and had to live on frogs, birds, mushrooms, wild vegetables and fruits that we found on the way. It was a very eye-opening journey. 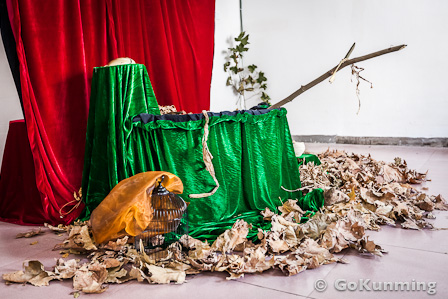 GK: Will you spend any time in the more urbanized parts of China?

Bevort: We'll use Kunming as a gateway for the trip and are planning to organize some intimate family performances there to fund our travel to the mountains.

The 40-minute shows will be held on October 13 and 14 at the Livstone House in the Loft Jinding 1919 complex. They will be held twice a day at 4pm and 8pm. We will only sell 60 tickets to each performance. Tickets are on sale at Salvador's Coffee House and cost 35 yuan.