Paralympians return to Yunnan with 24 medals 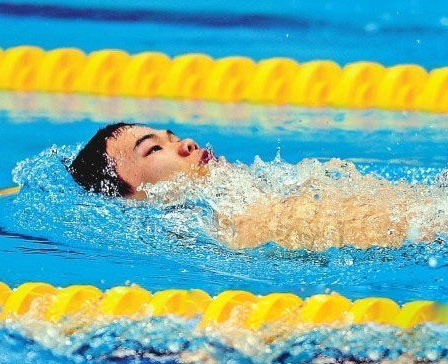 Zheng Tao, from Yunnan, competes at the 2012 London Paralympic Games

The 2012 Paralympic Games wrapped up September 9 in London and China once again ran away with the medal count. Athletes from Yunnan returned home yesterday with 24 medals. They had spent the past 11 months outside of China training and competing, according to an official report.

Twenty-seven athletes from the province participated in the London Games, which ran from August 29 to September 9. All told, Yunnan athletes won nine gold, eight silver and seven bronze medals. If Yunnan were a country it would have finished nineteenth in the medal count out of 170 participating nations and territories.

Perhaps the biggest star from Yunnan was swimmer Zheng Tao (郑涛), who won a gold, silver and two bronze medals. He set a Paralympic record in the 100-meter backstroke despite having no arms.

Wang, who won a gold and two silver medals in swimming, was asked by reporters what he would do now that he was home in Yunnan. Wang responded, "Of course I'm going to eat mixian, I missed mixian so much."