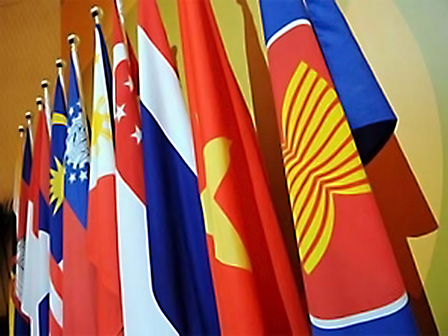 Yesterday representatives and aviation officials from all ten Association of Southeast Asian Nations (ASEAN) member countries met in Kunming with Yunnan provincial authorities to discuss their collective vision for the future.

Yunnan apparently figures into that vision very prominently. Governor Li Jiheng (李纪恒) announced during his keynote speech that Yunnan would build and finish upgrading four airports in the next three years. He also laid out plans to double the number of international flights into and out of the province over the same period, Yunnan Net is reporting.

Li explained that reaching these goals would involve accelerating work on the under-construction airport near Lugu Lake, upgrading existing facilities in Lincang, and building new airports in Mengzi and Cangyuan.

When construction of these new airports is completed in 2015, Changshui International Airport will anchor a province-wide air transportation network. According to Li, the main hub in Kunming will be serviced by seven mid-sized airports and eight smaller, regional ones.

Li said that by 2015 Yunnan will raise the number of international routes departing the province from the current 18 to 40, with most servicing ASEAN destinations. He also said air traffic will increase from 74 to 150 international flights per week.

China Eastern Airlines, which currently has 14 routes to five ASEAN countries, was also mentioned by Li during his address. Between now and Spring Festival the airline will enlarge its fleet of planes.

The new planes will fly direct routes from Kunming to Luang Prabang and Phnom Penh. Additional new China Eastern flights will originate in Chongqing and have layovers in Kunming before continuing on to Danang, Hanoi and Jakarta, according to the Yunnan Net report.

Li also proposed increased cooperation in terms of air safety and flight coordination, encouragement of cross-border trade and tourism and the establishment of a visa on arrival system.

Although not an official member of ASEAN, China often hosts summits and sends representatives to meetings outside the mainland. China is part of ASEAN Plus Three, which also includes the original ten member nations, Japan and South Korea.

Well then - I guess the local services industries need to brush up on their English and the city had better start properly regulating those expletive taxis and e-bikes.