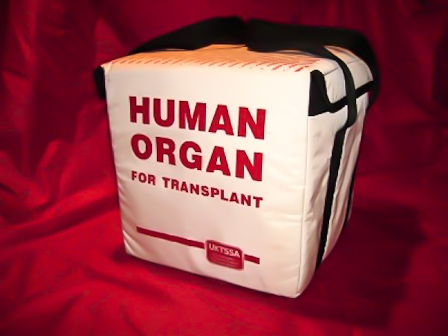 A doctor from Kunming Third Affiliated Cancer Hospital is awaiting sentencing in a Hunan court for removing a healthy teenager's kidney for money. Doctor Song Zhongyu allegedly received 52,000 yuan (US$8,175) for illegally harvesting the kidney and transplanting it in another patient in Hunan last year, Wenzhou Net is reporting.

Dr Song and eight others, including the attending anesthesiologist and nurses, were tried over the weekend on intentional assault charges as well as illegal trafficking in human body parts. The victim's family is seeking 2.3 million yuan (US$360,000) in damages based largely on the boy's rapidly deteriorating health.

The "donor" from Anhui was recruited in March 2011 to give up one kidney on an internet chat site. The seventeen-year-old, surnamed Wang, did not donate his kidney to an ailing family member or out of a sense of altruism, but instead so he could buy a new iPhone, laptop and PSP, according to the Wenzhou Net report.

After being discharged from the hospital, Wang was paid 22,000 yuan (US$3450) for his kidney while the nine defendants split more than 200,000 yuan (US$31,400) paid by a black market fixer. The boy's mother did not know about the surgery for more than a week until she noticed her son's new electronics as well as an 11 centimeter cut on his torso.

Wang has been diagnosed with renal failure and has lost almost 20 kilograms since the surgery. He has stopped attending school and is confined to his home due to his condition.

In his defense, Dr Song claimed he was told the boy was 23, and unaware that the organ donation was illegal, according to People's Net. His trial concluded August 9, and a sentencing hearing has yet to be scheduled.