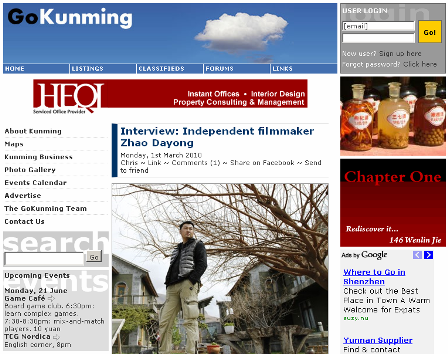 After nearly seven years and more than 1,300 blog posts, founding editor Chris Horton and techie Matthew Sills have handed GoKunming over to a new team.

GoKunming is now managed by graphic designer and photographer Yereth Jansen and entrepreneur Adrian Golobic. Your correspondent is now editor, and Aaron Bono is online manager.

For those unfamiliar with GoKunming's history, Horton started the website in early 2005 after leaving his job at a media company in Shanghai the year before and moving to the Spring City. 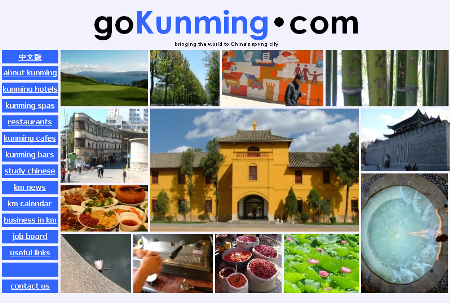 GoKunming was a lo-fi HTML listings site for a year before Horton teamed up with his former Shanghai colleague Sills in the summer of 2006. Their collaboration resulted in a much improved site featuring a blog, classifieds, forums and an events calendar. Sills moved to Kunming to work in the Spring City full time in October 2007. 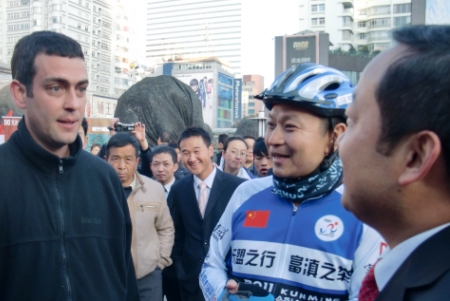 Horton, Jin Feibao and Mayor Zhang Zulin get ready for a bike ride in 2011

From humble beginnings, GoKunming began to grow and take on a life of its own. Apart from being a source for local information, GoKunming provided the first online platform for the English-speaking community in Kunming.

In 2007 GoKunming and CinaOggi organized the BigScreen International Film Festival in Kunming. The free event screened 94 films from more than 20 countries and was a major milestone in the site's development. The success of the festival drove more people to the website. 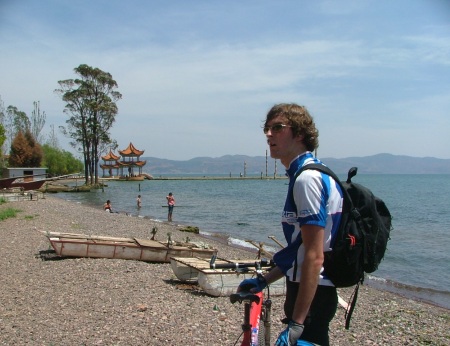 Sills after cycling to Fuxian Lake in 2008

Also in 2007, GoKunming was added to Google News as a source for Yunnan news articles. The site steadily built momentum and its readership rose. Five years ago GoKunming was averaging 49,000 page views each month. Today that number is nearly 190,000.

The current version of the site went online in July 2010, with updated user profiles, personal messaging and an improved search function.

When not banging out code and articles, Horton and Sills tried to get out and explore Yunnan as much as possible. With an expanded team, GoKunming looks to build on that tradition while continuing to provide informative and thoughtful content.

The new GoKunming team would like to thank Chris Horton and Matthew Sills for having the forethought and perseverance to make GoKunming into the essential resource it is today. We would also like to thank GoKunming's readers as well as the many contributors who have written articles over the years.

Lastly we wish Sills all the best as he finishes his 8,000km cycling trip to Singapore.一路平安!

Is this a day late april fools? kekekeke...

All the best for the future to both the old and the new!

all the best for the future fellas, thanks for providing us with this platform to meet new people, opportunities etc. take care

All the best to the dynamic duo! It's been real.

For many of us here, there is little doubt that Chris and Matthew have made Kunming a better place. They've shown us where to find adventure, great food, interesting news and even a little culture every once in a while. Their creativity and sincerity have given many of us opportunities to see Kunming in a different and more colorful light than we would have without them. I wish both of you the best and look forward to what the new GoKunming team brings us. Cheers

Chris, good luck with your next project!
Matteo
www.cinaoggi.it

thanks for keeping me in touch with the happenings out there. -Foy

Chris & Matthew, my sincere thanks to you for your dedication & fine work. GoKunming has made my life much easier in Kunming. My best wishes to the new team in carrying out the invaluable tradition!