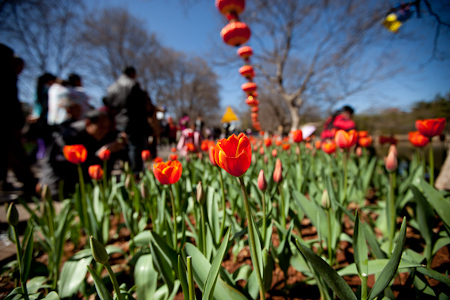 During Chinese New Year, red lanterns and red tulips announced the arrival of spring to visitors to Green Lake Park. The park was one of the few places in town that has spent most of the holiday filled with people. Lanterns and flowers could be found everywhere at most parks and temples throughout Kunming over the holiday. 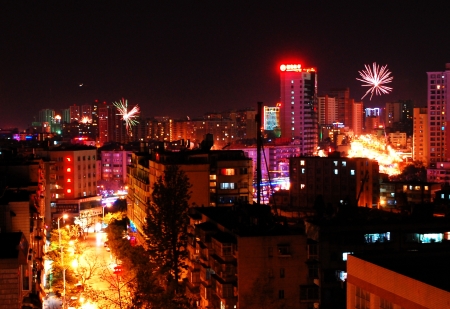 Another kind of flower was ubiquitous at night. Yanhua (烟花), literally 'smoke flowers', is the Chinese word for fireworks, an integral component of the celebration of the lunar new year. Finding a high rooftop in the late evening afforded us a great view of the city lights and the countless DIY firework shows across Kunming. 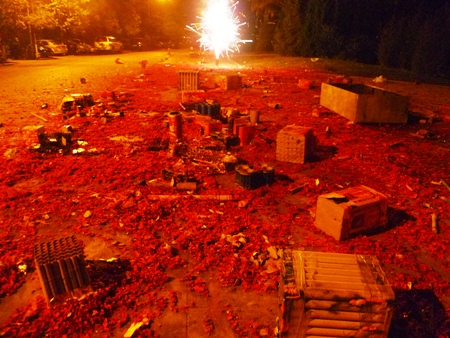 The massive amount of fireworks detonated during the holiday produced a substantial amount of garbage. This small street in north Kunming was just winding down from a night of serious pyrotechnics. As if by magic, the mess was gone the next morning, ready for the next night of cannons, bombs, rockets and firecrackers. 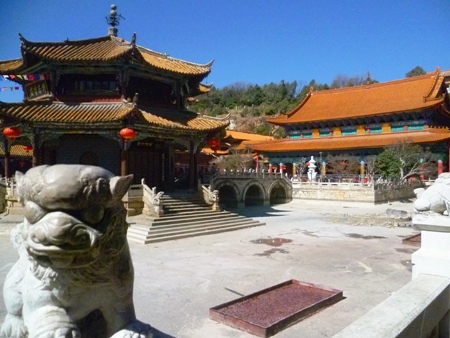 Yuantong Temple didn't seem to be prepared for this year's Chinese New Year festivities. The first main prayer hall was still under construction and the charming pond area in the center of the compound was completely drained. This nakedness of sorts offered a different look at the 1,200 year-old Chan (Zen) Buddhist temple. 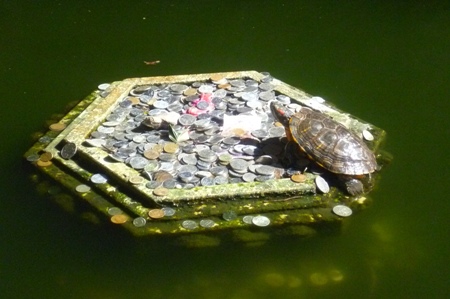 The hundreds of turtles that once inhabited the pond in Yuantong Temple were almost as much of an attraction as the temple itself. Now there are but a few turtles in a very small pool in the rear of the temple compound. After struggling for several minutes, this turtle made it to the top of a pile of money – an ideal sunning spot away from temple visitors. 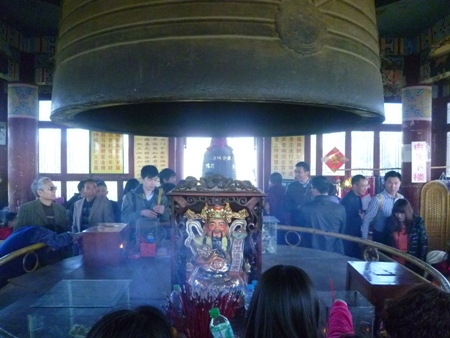 Turtles weren't the only ones at Kunming temples with their minds on piles of money. Some visitors to the top of the bell tower at Golden Temple burned incense and said prayers to Caishen (财神), the god of wealth. Other visitors rang in the new year, paying two yuan to batter a supposedly lucky bell with a large wooden fish. Many ignored the accoutrements of auspiciousness and fortune and just took in the nice city views from the balcony. 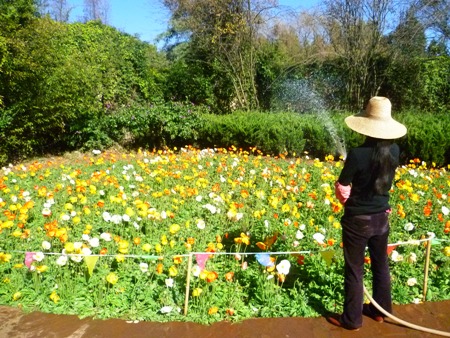 Elsewhere at Golden Temple, throngs of people were taking photos of the displays of Kunming's city flower, the camellia, while our eye was caught by the vibrant colors of a poppy patch being watered. 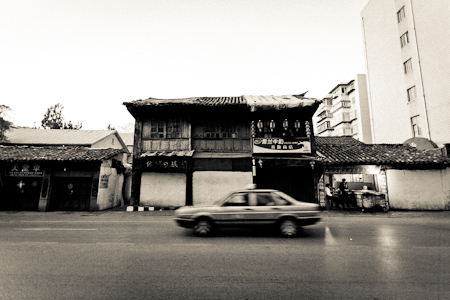 A taxi speeds down Wenlin Jie unimpeded. Parts of town including Wenlin Jie that are normally traffic nightmares were temporarily free from congestion and sometimes completely carless for long stretches of time. 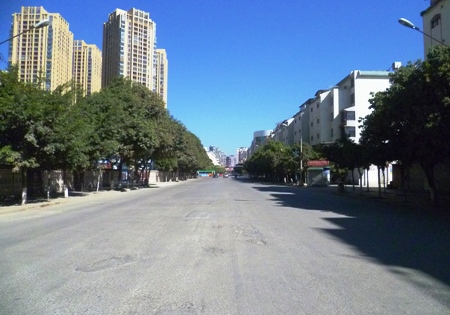 In addition to less traffic, construction throughout the city has ground to a halt, which has translated into beautiful clear blue skies and highly breathable air. This photo of Wanhua Lu (万华路), typically one of Kunming's dustiest roads, shows what happens when the dust and exhaust produced by large construction projects and heavy car traffic are eliminated. 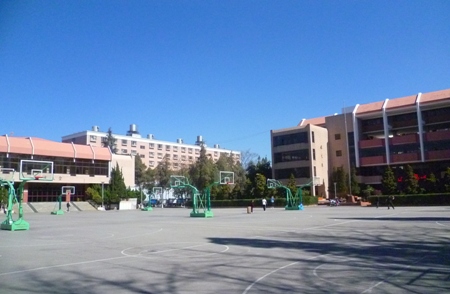 Getting a basketball court on a sunny afternoon at Yunnan University almost always involves a wait, but this last week the normally crowded courts have been eerily quiet while most of the city's university students spend time at their families' homes. 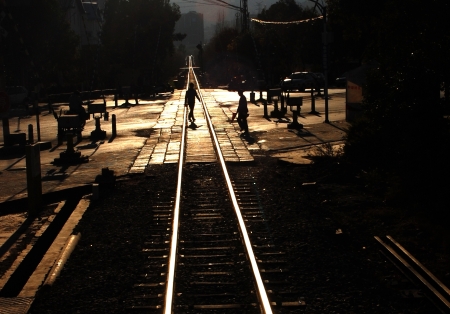 Kunming's narrow gauge passenger train offered a unique way to enjoy the feeling of desolation and emptiness that descended upon the city. Just before 6pm the sun was hanging low, lighting up the tracks. Seeing the man slowly crossing the rails behind us, we imagined he was headed for a family feast with the TV turned up loud, followed by endless games of majiang.