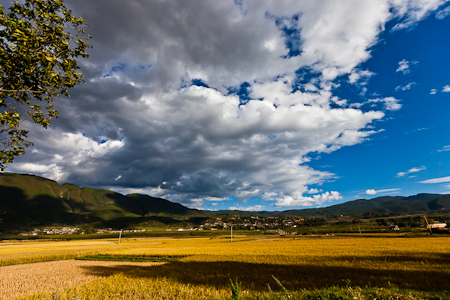 As the Chinese New Year holiday approaches, northwest Yunnan is preparing to receive a record number of visitors. Traditional package tour favourites such as Lijiang, Dali and Shangri-la will once again be packed with tourists, but an increasing number of travelers are venturing off the beaten path.

One of the more interesting 'second-tier' travel stops in northwest Yunnan is the old town of Shaxi (沙溪), located in Jianchuan County in northern Dali Prefecture.

Rustic and welcoming, Shaxi has few modern buildings or tour groups - for now. The following is a look at some of the common sights around one of Yunnan's up-and-coming travel destinations: 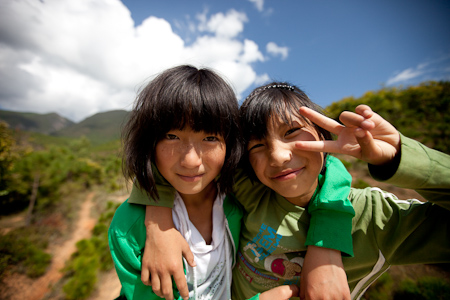 The vast majority of locals in Shaxi and other villages in the valley are Bai, the dominant minority in Dali and Xizhou, but there are also a few villages of ethnic Yi in the surrounding hills.

Regardless of their ethnicity, people in Shaxi are friendly, outgoing and accustomed to seeing visitors from far away. These two local Bai girls showed us around their village and were obviously proud of their small, charming community. 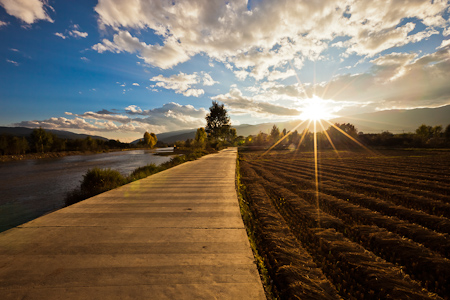 The Heihui River (黑惠江) flows past the eastern edge of Shaxi and is crossed by many scenic old bridges. Paved and dirt paths wind along the curves of the river's path on both sides and are ideal for a stroll, jog or bike ride. Sundown is one of the most pleasant times of day to enjoy the Heihui and its accompanying scenery. 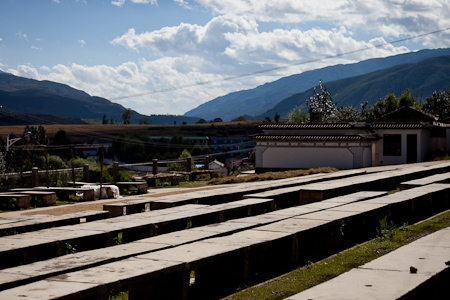 On Fridays the Sideng Market (寺登赶集) is a vibrant mix of ethnic Bai from Shaxi and neighbouring villages as well as many Yi, who come down from the hills. Produce, livestock and items for daily use are sold. On our last visit we were content to enjoy the silence of the market on an off day. 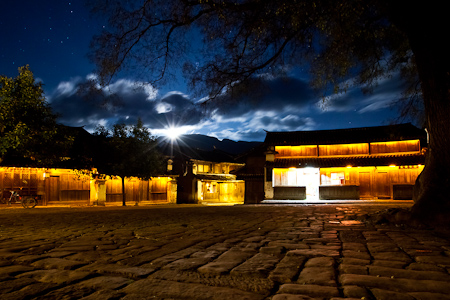 Unlike its neighbours Dali and Lijiang, there is no nightlife in Shaxi, where most people return home by sundown, except for maybe a few lingerers in Sideng Square (寺登四方街) the main public gathering space in the old town. On a clear night, the moon rising behind the mountains can resemble a sunrise in an eerie but beautiful way. 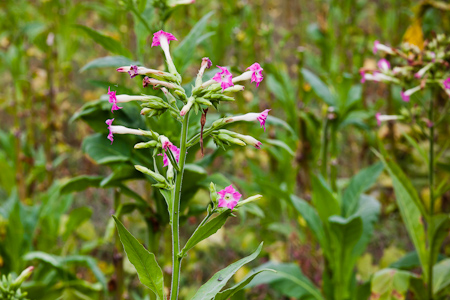 In the Shaxi valley, as in much of Yunnan, tobacco is a popular cash crop. Tobacco generates almost half of the Yunnan government's tax receipts, and it also causes or aggravates four of the top five causes of death across the province. 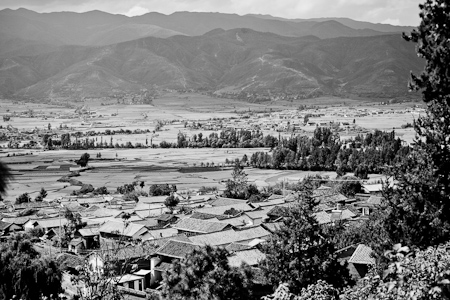 Walking up into the hills surrounding Shaxi, one immediately notices that most of the buildings in the villages dotting the valley below are rather old and no more than two stories high. Flipping your camera into black-and-white mode, it's quite easy to take a shot reminiscent of the photos taken in northwest Yunnan by Dr Joseph Rock in the 1920s. 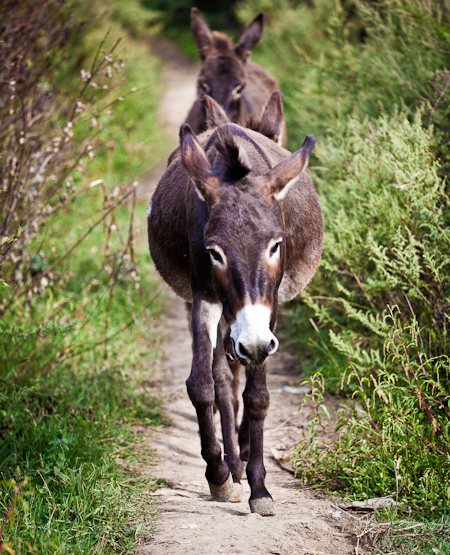 As a stop on the old Tea and Horse Road, Shaxi served as an important link in the trade route that connected Tibet and Yunnan. Tibetans would sell traditional medicines and yak furs while traders coming up from as far south as Xishuangbanna would bring tea, cloth, alkali and other items.

Shaxi wasn't merely a meeting place, it also sold salt harvested from wells in nearby Misha (弥沙) that was popular with traders coming from either direction. Today, the area's elders are the last living links to one of Asia's most influential and unknown trade routes. Although the Bai have a very distinct culture with its own language, religion, cuisine, clothing and architectural style, they are also one of the more sinicized of Yunnan's minorities. Here a Bai man draws upon more than a half century of experience as he practices the very Han tradition of calligraphy. Shaxi's spiders, out in full force toward the end of every year, have a delicate but standoffish beauty. Shaxi has modern guesthouses, cafes and restaurants, yet outside of the small-but-growing traveler scene, life tends to go on as it has for generations. For all of Shaxi's history up until the middle of the last century, horses and mules were the main mode of transport. For many people in the area, animals are still a vital partner in daily chores. Here a local Bai man loads his mule, which has just spotted us.

Our preservation team is renovating the 300 year-old Ci Yin An temple in Shaxi. When finished it will have a Shaxi Visitor's Centre, teahouse and vegetarian dining terrace. We're also renovating the Old Theatre Inn (formerly Dragonfly Guesthouse). Our website is www.shaxichina.com.
Looking forward to hosting cultural and ecotourism visitors soon!

Some very nice images here. Are there any photo groups in Kunming? Any galleries involved in photo fine art??

Shaxi makes an excellent stop on an adventurous bike riding loop starting in Dali Old Town. From Dali, ride north along Erhai to Niujie (牛街), then cut west on a dirt road over a 3200 meter mountain pass and descent straight into Shaxi. A little over 100 km, it's doable in one day. From Shaxi, you can ride south along the Yangbi River Valley to the county-level city of Yangbi, also a little more than 100 km, in a day. From Yangbi, it's only a few hours back to Dali, up the canyon next to the highway.

I did this bike ride in July 2011. I've got pictures and maps and more details; if you're interested contact me.

It's a very significant Nanzhao-era Buddhist site with beautiful carvings, temples and monkeys, right above Shaxi in the mountains.

Why so many people seem to go to Shaxi and miss Shibaoshan I have no idea...

I'd have included photos of the grottoes in that post, but as you know, taking photos there is not allowed.

As the "Snapshot" in the title of this post suggests, this piece is more of a short photo essay than it is a comprehensive travel feature.

Oh, no photos? Had no idea, I'm sure I snapped. Well, fair enough!