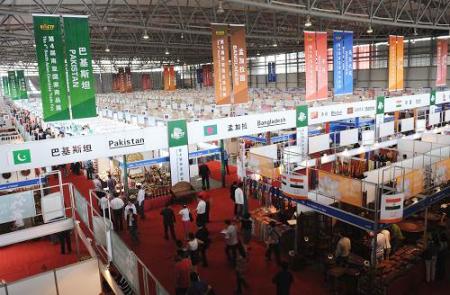 Will SACTF get a promotion?

The 19th Kunming Import and Export Fair wrapped up last Friday on a high note, setting a new record with more than US$6.9 billion in completed transactions made during the weeklong trade exhibition.

According to a Yunnan Net report, the value of deals made at this year's fair exceeded last year's record total by US$4.5 billion, an increase of 180 percent.

The fair attracted a total of 1,855 enterprises from around China and the world, an increase of roughly 20 percent over last year.

The Kunming municipal government was one of the more active participants last week, inking five deals worth a total of US$97 million with companies from Hong Kong, the UK, India and Poland.

Once again, Hong Kong was the largest source of contractual investment from outside of mainland China, signing seven agreements worth a total of US$398 million.

The Kunming Fair is one of Kunming's most important trade and soft power platforms, and it has proven itself useful in building the city's reputation as China's gateway to Southeast Asia vis-à-vis intense competition for that title from nearby Nanning, capital of Guangxi.

Southeast Asian countries were well represented in this year's fair, the second since the launch of the first phase of the China-ASEAN Free Trade Area, which went into effect on January 1, 2010.

Geographically speaking, Kunming is the closest viable Chinese metropolis to most of South Asia, but due to a variety of factors, South Asian traders and vendors have favored the larger markets of Guangzhou and Shanghai over the past two decades.

But it has become clear in recent years that the governments of Kunming and Yunnan are placing growing importance on building strong trade ties with South Asian countries. Existing ties are only expected to grow after the launch of Kunming's new international airport.

Recent comments from local officials suggest that the time has come to leverage SACTF into something bigger. Last week Yunnan Governor Qin Guangrong (秦光荣) suggested to a Kunming Daily reporter that SACTF be elevated to a "South Asia Expo" that would not play second fiddle to the Kunming Fair.

I was visit this fair last week, the clothes and exotic goods, jewelry.. attracted a lot of chinese people.