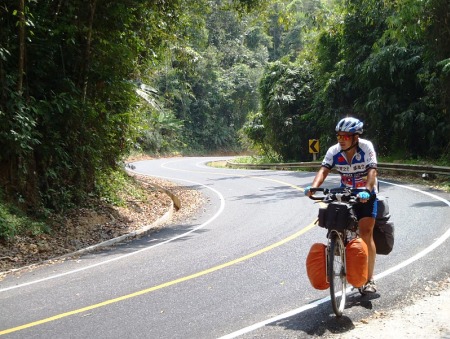 On the road near Krabi

Editor's note: American Jesse Millett is cycling from Kunming to Singapore as part of a group led by explorer Jin Feibao that will deliver letters of friendship from Kunming Mayor Zhang Zulin to mayors and other leaders around Southeast Asia. Millett will be sending us dispatches from the road to share with GoKunming readers as the cyclists make their way to Singapore. More of Jesse's writing about the journey is available on his personal blog, which requires a proxy or VPN connection to visit in China.

The Chinese team handed off the friendship letters in Myanmar but was unable to receive permission to leave the border town. They were taken in by the poverty of the country but also the distinct peacefulness of the people. All through southern Thailand we met migrant workers who had fled Myanmar to seek asylum and work. I was also struck by their kindness and lighthearted character, despite what they had been through.

The road heads south from Ranong along the coast winding up and down some steep but small hills. The scenery is wonderful with the ocean to your right and untouched national parks to your left. There is a bridge about 70km into the ride where we spotted some local boys jumping off to into the cool river below. We had no choice but to join them. 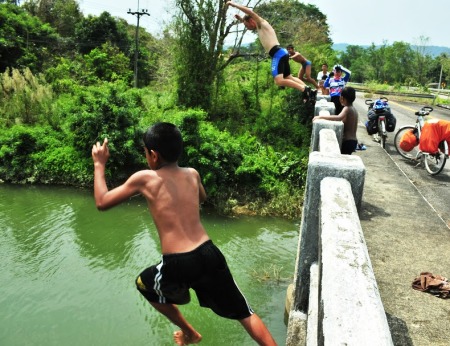 Just past the small town of Suk Samran take a right to Pra Phat Beach, which is 3km down the road. This beach is completely pristine and stretches several miles with only a few local kids wandering the empty sands. There are some very nice restaurants in Suk Samran, as well as guesthouses if you'd like to be closer to the town. 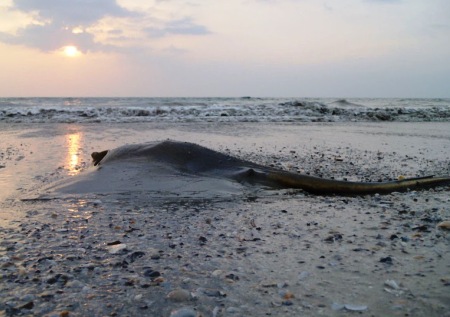 There is a small restaurant, which was closed, and a marine research center that has a small cheap hotel. Walking the beach we collected sand dollars, spotted some jelly fish, a sting ray, and nearby some monkeys and snakes. In December 2004, a massive tsunami destroyed most of the area, with an estimated 8,000 people killed in Thailand. 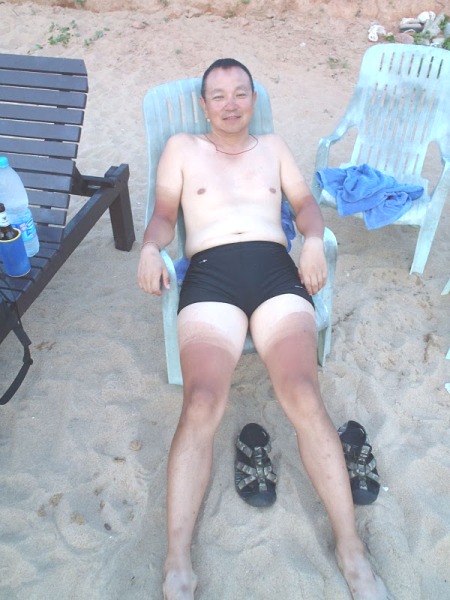 We continued south on Highway 4 until Takua Pa. Then we took a right to head towards Khao Lak, a totally different kind of beach town from where we were the night before. The area of Khao Lak has over 40km of beaches and is covered with resorts and foreign tourists. Make sure to check out the tsunami museum and the 20 meter police boat that was washed 2km onto shore by the massive wave.

From Khao Lak you can continue south to Phuket, or take a shortcut towards Phang Nga and Krabi, taking a left through the hilly region on 4240 and then a right on 4090. Taking a left once back on Highway 4 brought us up our biggest mountain since we'd entered Thailand, rising over 250 meters. Doesn't sound so bad, until you factor in the 38° Celsius (100° Fahrenheit) weather. 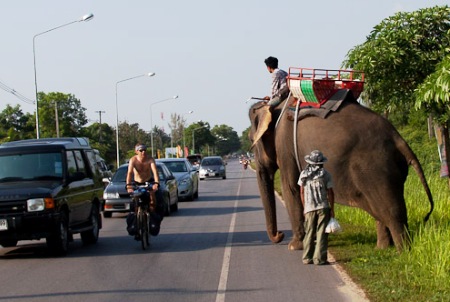 Needless to say, the first river we saw we jumped in to cool down. The geography had already changed from large rolling forested hills to the large limestone pinnacles spotted with calcium carbonate deposits that characterize Krabi. We were quite exhausted from the heat and hills, so once we arrived in Ao Leuk, still some 40km from Krabi, we decided to rest for the night.

From Ao Leuk we weaved through the large pinnacle mountains southward past the Krabi area. 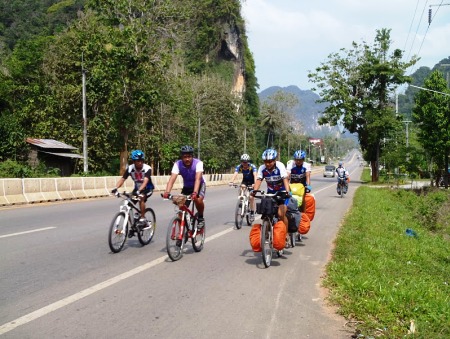 Riding with the Krabi cycling club

We met a large group of cyclists from a club in Krabi who rode with us for 40km, and even called a friend to bring some tools to help us repair our ailing bikes. Before we departed we gave the club leader one of our jerseys. 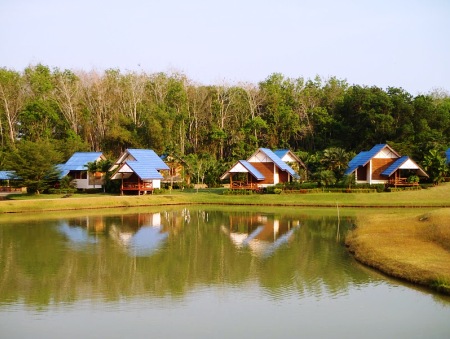 Waree Park Resort is around 1km after the intersection going right towards Sikao. Just 2km north of Highway 4, it has beautiful villas on a lake with a park, a restaurant, and collection of animals.

We headed back to the last intersection from the previous day and turned left (south) towards Sikao leaving the highway behind for the rest of our trip in Thailand. 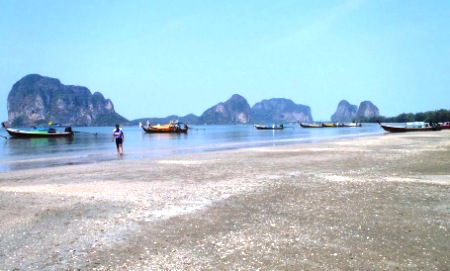 In Sikao, continue towards Pakmeng Beach for a detour that brings you along some beautiful beaches and national parks. The water is crystal clear and perfect for swimming.

From the beach it's 32km to Kuntang, a big town with plenty of lunch options. From Kuntang head north 1km until you exit left onto 4261, which heads under the highway to Yanta Khao. It's another 25 kilometers to Palian from here, but unfortunately there are no places to stay, despite what people told us, and we had to continue another 10km to Yong Star Cape. 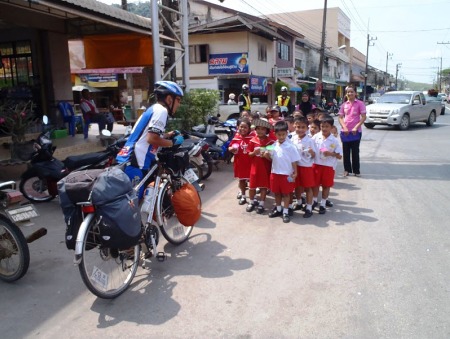 Yong Star Cape is a stunning point that sticks out into the ocean with a few restaurants and only one basic place for accommodation. Even though it is the high season for tourism in Thailand we have seen no tourists since leaving Khao Lak and have experienced some of Thailand's most beautiful places.

We had coffee on the pier while watching the sun rise, and then backtracked about 10km to get back onto our route, heading south, weaving through small towns all the way to Satun.

At Chalung you can take a left to go about 25 more kilometers to the land crossing to Langkawi, Malaysia, or take a right to Satun where there are regular ferries. 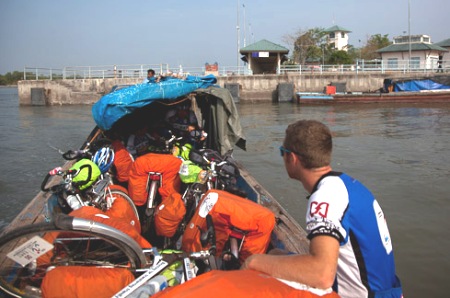 On the boat to Malaysia

We were able to charter a long-tail boat for only 2,000 baht (about 430 yuan) to make the 45-minute journey to Kuala Perlis, Malaysia.

Cycling from Kunming to Singapore, that's quite a ride!

May I inquire about their journey? Did they make it to Singapore? Still had 850km to go. I'm having difficulties accessing Jesse's blog.