Yunnan in the house that Kodak built 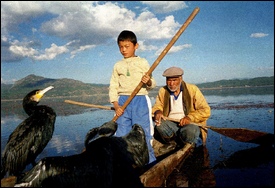 The George Eastman House in Rochester, New York, USA is hosting a photographic exhibit entitled Voices from South of the Clouds, a collection of 51 photographs of northwestern Yunnan province taken by local villagers. The photos are the result of the Photovoice project, which was sponsored in Yunnan by the Chinese government, The Nature Conservancy and Eastman Kodak Co.

Photovoice was conducted in northwestern Yunnan in conjunction with The Nature Conservancy's Yunnan Great Rivers Project, which is focused on preserving biological and ethnic diversity in northwest Yunnan, which is arguably the most biodiverse region on the planet. 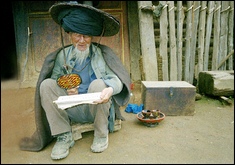 The roughly 250 villagers, farmers and herders and fishermen that participated in the project were given Kodak point and click cameras and asked to document the things they saw in their everyday lives in 2002. The 50,000 images that resulted from the project were combined with commentaries by the photographers, most of who had never held a camera before let alone used one.

The photos in the Voices from South of the Clouds exhibit document the lifestyles found in northwestern Yunnan, which are characterized by their agricultural modes of production, religious beliefs, unique food and drinks and musical traditions. The photos also offer women's perspectives in these patriarchic societies.

The Eastman House will feature Voices from South of the Clouds through May 28.