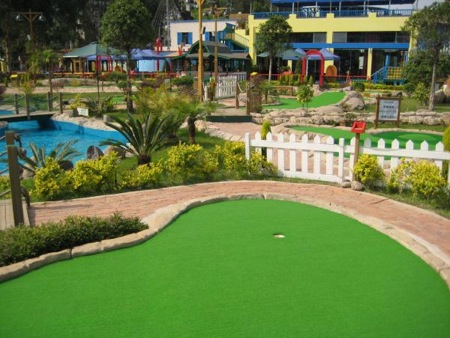 Great weather, top-ranked courses and cash-prize tournaments have established Kunming as one of China's top golf cities. What is less known is that the city is quietly building a reputation in Asia for minigolf as well.

Though often thought of only as a leisurely diversion, minigolf is a serious affair for its most dedicated players and has its own international officiating bodies and professional tournaments.

One of the biggest tournaments of the year will be held in Kunming this weekend with teams from Japan, Iran, Germany, Thailand, the US, the UK and others converging at Hello! Haigeng Minigolf for the Asian Open Championships 2010.

Located in the Haigeng Olympic Training Base, Hello! is one of Asia's largest minigolf courses, with two 18-hole courses. The tournament will take place from Friday through Sunday and feature different categories of team and single play based on age and sex. 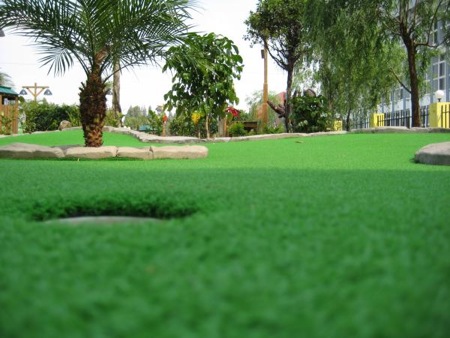 "The lure and excitement of carrying the Union Jack during the opening ceremony, as well as competing at such a high level were too much to turn down," wrote UK team golfer Oliver Florence on his blog in explaining his decision to make the 8,000km trip to Kunming.

Kunming resident Colin Flahive offered a less patriotic and more personal reason for representing his own country, the US, in the tournament. "I suck at golf," said Flahive, "but I've been playing minigolf ever since I could walk. So I plan on smokin' some fools."

Anyone wishing to catch the action can head down to the course over the weekend, with play taking place from 9am onward Friday through Sunday. Schedule details can be found at Minigolf Sport News.