By Chris Horton in Features on September 8, 2010 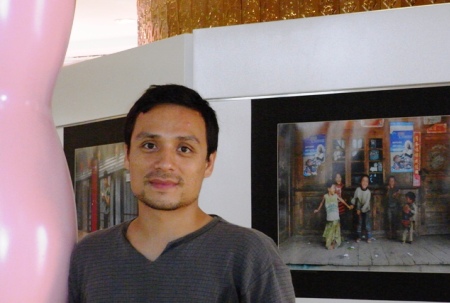 For the last two and a half years, most Kunming residents have known Eddy Kneefel as a musician playing guitar and singing around town. Unbeknownst to most of the people who have seen the Amsterdam native perform, he is also a photographer.

An exhibition of Kneefel's photos from around Yunnan, Guizhou, Guangxi, Shanghai and Hong Kong was on display in August in the Dutch pavilion at the World Expo in Shanghai. Kneefel has also published his first photo book, simply entitled China. The book is now on sale in Kunming at Cat's Cradle, Wheatfield Bookstore and Mandarin Books.

GoKunming sat down with Kneefel and a couple of extra strong mugs of coffee on a sunny Monday afternoon to find out more about his (formerly) lesser-known passion for photography: 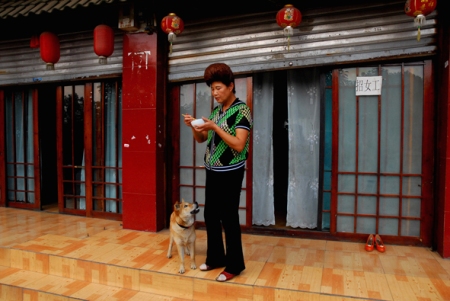 GoKunming: How did this book come about?

Eddy Kneefel: In 2006 I came to China to attempt to study Chinese in Kaili and ended up with lots of time for photography. I took many photos while I was there, but of my favorites I noticed a common feature, which were taken with a frontal point of view, creating a feeling almost like that of a stage.

I had all of these photos and decided to get in touch with the Dutch pavilion at the Shanghai World Expo. In May I went to Shanghai because I felt there was an opportunity for me there. I showed the pavilion staff my work and within a few minutes they said that they liked my work.

In June I was officially invited to show my work at the pavilion, along with two other artists. One of the people at the pavilion said it would be best if I made a book to accompany the exhibition, so I did.

GK: How did you find the experience of making your first book?

Kneefel: It was really, really hard. In Shanghai I met a Dutch photographer whose stuff was great. I was given one of his books and bought another and looked to it to see how to do things as simple as how and where to place a photograph's title.

Design and layout aside, the other hard part was choosing the pictures – you have to be quite selective, but it's fun once you're satisfied with your choices.

GK: Do you have any favorite themes when taking photos in China?

Kneefel: I don't have any particular themes that I focus on, I just try to shoot things that make me curious - I like to find normal situations with an element that isn't so normal. 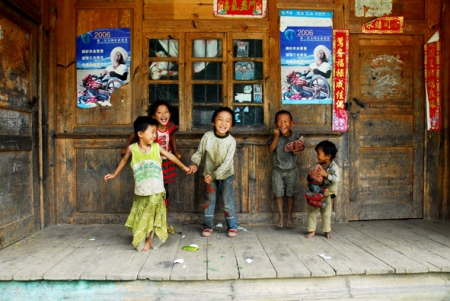 GK: What areas of China do you find most interesting from a photographic perspective?

Kneefel: I've taken a lot of my favorite photographs in Yunnan, but I like taking photos everywhere. Even with just a few days in Shanghai, I took some interesting photos.

GK: How has the response to your exhibition at the Dutch pavilion been?

Kneefel: A lot of people really liked it, it was really positive. I like how art can be a starting point for talking about important topics. 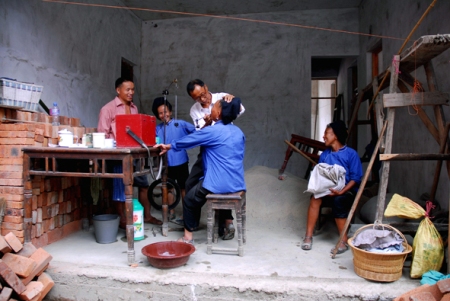 GK: The photos in China tend to focus on individuals or small groups of people, why is this?

Kneefel: In the years that I've been shooting in China I wasn't really focusing on groups... I think an individual or small group is much more comfortable for the viewer.

GK: How do you find subject material?

Kneefel: It's important to simply look around yourself and see what's interesting. When I'm with my camera I'll take a lot of photographs and look through them later to see what I've got, but there are some that I know in the moment I shoot that they're special.

GK: What are your plans for your book?

Kneefel: I'm looking to put on an exhibition to promote the book, but I want to collaborate with Chinese people on this. 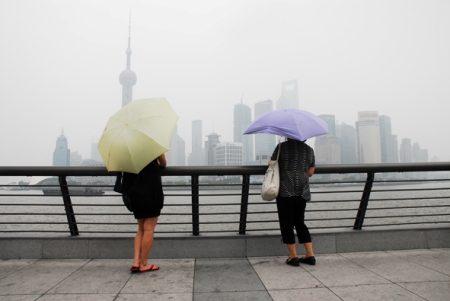 GK: Do you have any upcoming projects?

Kneefel: If this book is well-received I'll start to work on my next book, which is about India – I've been living there off and on for two years and have a lot of good material from there.

GK: What advice do you have for photographers thinking about publishing a book for the first time?

Kneefel: Look at your work and find out what it is you like – that's the starting point. It's not about what others think. From there you can figure out what it is that you want to show people. Most importantly, you have to stand behind your work with confidence.

I have a copy of Eddy's China photos. I love them and plan on taking the book with me next time I go to my motherland. Congratulations! and look forward to your next collection!

I love this interview because it gets right to the point. Eddy's answers to the questions roll out in a simple and precise way — and I like his perspective on his art and the insights he reveals about being a photographer...

The photos that he has chosen to present, in this interview, are interesting and perfect for relating how he has chosen to approach his art and pthotography for his exhibition and his book... this time...knowing that Eddy can, and probably will move in many many more directions in the future.

Hey, it's nice to see Eddy as a photographer and show his works in Shanghai Expo Dutch pavilion, I mean through gokunming.com. Actually when I see he has cut his long hair, he looks cleanlily besides a guitar musician, looks like another person,haha....

And congratulations to your first published photography book. :)

Hi Eddy congrats 4 ur beautiful exhibition in Shanghai... Ur mum was so happy about u when she saw ur pics in shanghai. I wish u lots of success in ur Arts n also as a song writer....... c u may b next year in Srinagar.... All the best

Hey Eddy,
Can you please make a book about Amsterdam?
We miss you here!

i can not agree with Sander more! I hope to see your China book soon.
Right on!

April 15, 2021 "We are looking for a part-time English teacher to work at our partner public school. Work days are Wednesdays from 9:50 am to 3:30 pm. Requirements …"
Travel Yunnan JanJal