Getting away: Bamboo Temple 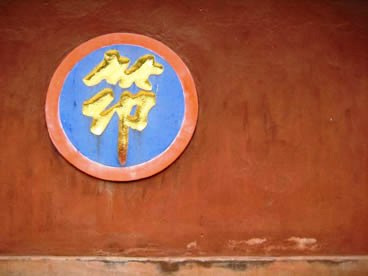 As more old buildings are demolished and urban sprawl creeps throughout the Dianchi Basin, it can be easy to feel that Kunming is a city that has lost its connection to history. But there are still some places that can still make one feel the presence of the past.

Earlier today we were feeling like the daily grind (and maybe the World Cup) was sucking the life out of us, so we decided to hop in a cab and head for the tranquility of the Bamboo Temple (筇竹寺) on Yu'an Mountain (玉案山), just above the western outskirts of Kunming.

According to the legend of Bamboo Temple, in 639 AD during the Nanzhao Kingdom, Shan Chanhou (鄯阐候), the highest official in Kunming at the time, and the brothers Gao Guang (高光) and Gao Zhi (高智) were hunting in the Western Hills when they spotted a rhinoceros. They followed the animal to the north side of Yu'an Mountain, when swirling clouds and fog began to change into fantastic shapes and a group of white-haired monks with cherubic faces emerged from the mist before disappearing without a trace.

The monks left behind several bamboo poles stuck in the ground, which Shan and company were unable to pull from the ground. When they returned the next day, they were shocked to find that the poles had become a bamboo forest overnight. They realized that spirits had revealed to them that they were in a sacred area and so they built a Zen Buddhist temple there. 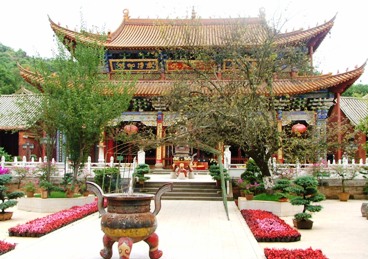 Today there are no rhinos wandering around Bamboo Temple, but there are other reasons to go, namely the 500 statues of arhats (罗汉) located within rooms on the perimeter of the temple's main courtyard. According to Buddhist teaching, arhats are spiritual practitioners who have attained nirvana and are not reborn after physical death into any world.

The collection of arhat statues is one of the greatest cultural treasures available for public viewing in Kunming. Sculpted by famous Sichuanese woodworker Li Guang (黎广) from 1883 to 1890, the statues average around one meter in height. As with the Terracotta Warriors in Xi'an, each statue is unique.

Some of the arhats depicted are riding giant carp on a massive wave, others are eating the peach of immortality or are accompanied by animals such as frogs, tigers or deer. A few of the arhat statues are fantastic or even grotesque: one arhat has an arm reaching nearly three meters, another is ripping his own face off only to reveal another face inside and another is pulling his own chest open to reveal a seated Buddha. 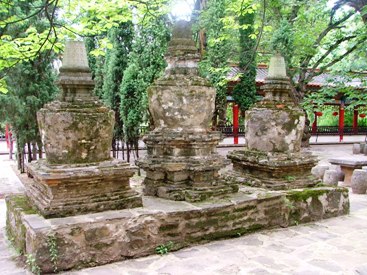 Further up above the main courtyard, there is a smattering of stupas near a pond with a small statue of a rhinoceros sitting in the middle of the water. 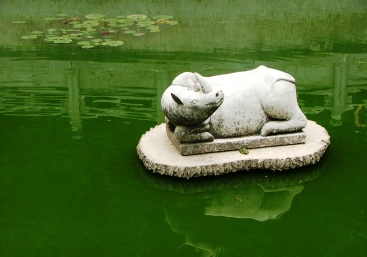 Back in the main temple complex, the smell of incense hangs heavy while Buddhist chanting and the sound of finger cymbals ward off the modern world below. In addition to the arhat statues and the parts of the temple that survived its several renovations, there are some living residents of the temple that are more than a century old, including several massive cypress trees that are supposedly 600 years old and a pear tree that is reputedly a century old and is currently full of fruit.

We don't doubt that the trees are old, they look it. But when the manager of one of the temple's two vegetarian restaurants told us that the eight tortoises wandering around the yard outside his restaurant were all at least 200 years old, with one 300 years old, we had to take it with a grain of salt.

After plenty of wandering around, hunger began to set in. We sat down outside the restaurant with the tortoises, perused the bilingual menu and ordered a light feast of tofu and tomato, shiitake mushrooms and chilli peppers, a Yunnan-style hash brown and stir-fried bamboo shoots, which seemed appropriate given where we were. 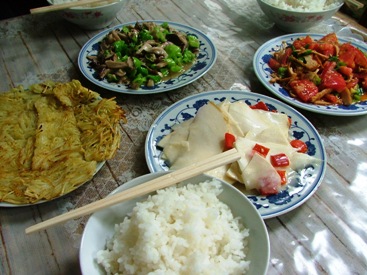 All in all, it was a light, healthy meal, with the tofu and tomato the standout dish and honorable mention going to the bamboo shoots, which were fat slices that almost looked like turkey breast cold cuts. The meal was 56 yuan total – a little pricey for four veggie dishes but reasonable enough given that there aren't too many restaurants in the area.

After settling the bill, we descended the mountain on a wooded path, feeling much fuller of life than when we had headed up.

Getting There: Bamboo Temple can be reached by cab (25-30 yuan from the Green Lake Area), bicycle (around 60-90 minutes from Green Lake) or bus (lines C62 and C63). If you take a taxi up but want to walk down, there is a trailhead by the bus stop across the road from the temple that leads downward to western Kunming – once at the bottom it may take some time to find a cab.

Kunming versus the cold snap

I went this weekend with some other students (via cab - approx 40 yuan from 东风东路).

I really enjoyed the setting, as it is extremely peaceful, and the surrounding hills look ideal for exploring - if one has a bike (scooter / mountain bike).

Spent approx 90 mins exploring the temple, looking at the arhats, and talking to a Chinese woman who was learning Japanese, accompanied by her Japanese teacher.

Sadly, we didn't have the opportunity to eat the vegetarian food - although I am a vegetarian - because my class-mates had eaten previously.

I much preferred this temple to Yuantong; and it is nice to be occasionally reminded of Japan (in terms of temples, shrines, etc - and women, let's not forget ;)).

Half a morning / afternoon trip, so would recommend combining with another activity in the vicinity.