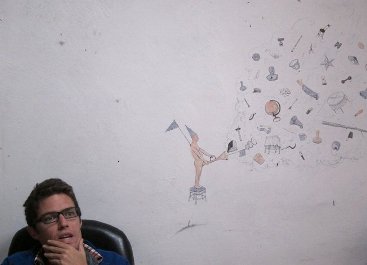 Long before the arrival of today's hordes of domestic and international tourists, Lijiang was a quiet but important town on the Ancient Tea and Horse Caravan Route (茶马古道), also known as the South Silk Road. The local Naxi traded with Han Chinese, Tibetans and Southeast Asians, creating a dynamic and diverse marketplace of both goods and ideas.

Since 2004, Lijiang Studio has been working to revive Lijiang's tradition of exchange with faraway cultures through unorthodox interactions that, ideally, leave all participants looking at things a little differently afterward. GoKunming spoke with Lijiang Studio founder Jay Brown about his experiences doing something totally different in the mountains of Yunnan:

GoKunming: What initially brought you to China?

Jay Brown: I had been curious about China since high school - in 1995 I went on a study abroad semester in Beijing and that's when the current dragged me from the beach into the ocean, so to speak. After I graduated from college in 2002 I was very lucky to get a job working for The Nature Conservancy. I was based in Kunming and being paid to visit protected areas around Yunnan, so naturally I fell in love with Yunnan.

GK: When and why did you found Lijiang Studio?

JB: The idea behind Lijiang Studio was to test the way artists make art by putting them in unfamiliar circumstances, then help them make new work that is based in those circumstances. I had been studying the history of art but had not worked directly with artists making new work, so, personally, that was the experience I was aiming for. A residency program somewhere in rural Yunnan seemed like a good place from which to ask how art might work in a society quite different from the international, western, ultra-mobile contemporary art world. I was struck by the relative autonomy of villages in Yunnan, and tried to imagine a way to use that autonomy to question some assumptions in the society where I was coming from. 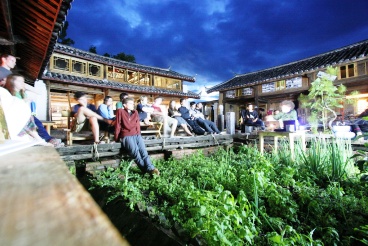 Those questions took root in a certain atmosphere in Kunming. Many of the people I was hanging out with at the time had lived, worked, studied in bigger cities or abroad, but they had come back to Yunnan and brought some interesting ideas back with them.

In 2003 there was a group exhibition of Norwegian artists at The Loft called Choice by Heart. Several of those artists - Kenneth Langaas, Kalle Grude, Jana Winderen - had known the Kunming artist Mu Yuming when he lived in Norway. They had such a good time working in Kunming, were ready to do more, and so I proposed to start a rural residency in Yunnan. Kenneth got so steamed up by the idea that it just seemed inevitable. Their excitement legitimized the idea for me, and I quit my job and started on this project. By the end of 2004 we were starting to have artists applying and coming to visit us.

GK: Why did you choose Lijiang?

JB: Most of the people I knew at the time were from Lijiang or had connections to Lijiang. I was traveling there for work very often, so it was an easy choice. I was also intrigued by Lijiang as a market town without its own military defenses, which meant it had a history of cultural exchange, the echoes of which could be appropriate for a new project involving cultural exchange. At the time I did not understand how intense the tourism would become - I think I was still filtering my impressions of Lijiang through an impression I had when I had gone hiking in the area in 1996.

GK: What would you consider the highlights of Lijiang Studio's existence thus far?

JB: There've been some good art works made so far, but I actually prefer the ones that were more problematic, I think I learned more from them. The first example of that would be the whole series of Jianghu events we made in Kunming in 2005. This was proposed by Mu Yuming, to a large group of Kunming artists most of whom had relationships with the Yunnan Art Institute, and these guys engaged with a pent-up enthusiasm I could not believe. It was a huge mess but really activated a community, pushing everybody to make new work, take risks, and have a lot of fun... uniquely suited to Kunming. The fact that Lijiang Studio could do this and survive, made it clear that we could continue experimenting however we wanted. 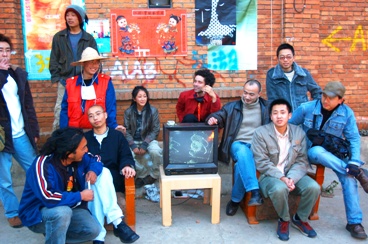 For me, the World Heritage Beer Garden Picnic project we did in 2008 really opened my eyes. This was proposed by an American collective called Katalog, which tried through research, agriculture, and performance to connect the farmer's life around the studio with a history of critical, utopian, rural activism in the US that is suddenly getting a lot of interest in China these days. That project was relevant both to village and to where Katalog had come from, and actually turned Lijiang Studio upside down, questioning the autonomy of the rural Yunnan village. It changed my understanding of a residency, from repeatedly producing projects to a kind of 'study group', where a group of people have a chance to be together and build up knowledge of their choosing.

GK: Most people visit Lijiang as tourists, what is life like as a resident of Lijiang?

JB: Haha, yes, you get a lot of visitors, and the stuff in the stores is expensive! The studio is based in a village 13 kilometers from Lijiang, in another valley, so tourism has only reached us fairly recently. Watching the tourism come to the village, and the commodification of the subsistence farmer's basic resources, is an opportunity to witness a fundamental process of capitalist development that separates people from their land and their traditional values. Living there, you can see in high resolution how that plays out for people and families and try to think of ways to deal with it.

GK: How does Lijiang Studio interact with the local population?

JB: We mainly interact with local artists and neighbors, and some other people like scholars or shamans. Our interaction is largely based on what project is underway at the studio - if Eric Van Hove is researching Naxi love suicide, then we contact He Limin, a scholar of Naxi culture, and interview He Shufen, the grandmother in our neighbor's family whose sister committed suicide with her lover about 40 years ago at the age of 22, and so on. By the time the work is completed there is a group of people who have participated and we find a way to celebrate. At that point the process of making a work seems to take on its own social form in the community.

We have been able to bring some of the local artists we work with to exhibitions abroad or in other parts of China, but this is expensive, laden with bureaucracy, and when you finally get there it is easy for the interactions to get bogged down with exoticism. 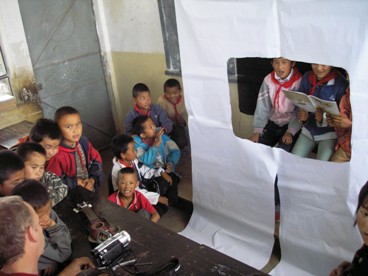 When we first came to the village we found that working with kids was a great way to introduce ourselves, so we've done all sorts of things from story telling, photo booths, workshops where the kids make their own TV shows, making stuff out of trash, sound workshops, you name it. Now we're painting murals in the village, which is a way to put different ideas about what looks good and why to the test. In fact, Liu Lifen and He Libin just brought their classes from Yunnan Art Academy in Kunming to the village to paint.

GK: When you look at the art scene in China, what do you see?

JB: The professional side of the Chinese art world astonishes me for how quickly it has agreed to become part of government's 'creative economy' program, how deft that move was on the government's part and how readily artists accepted such a status. It was not very long ago that a place like 798 Art Zone was considered avant-garde, and now it resembles a shopping mall. It was not very long ago that conventional art in China was academic and political, and now it is neither.

Considering China's huge population, there are still very few artists in a conventional or professional sense. There is vast creativity among people, though, and often the most marginalized or demented people do the most extraordinary and interesting things, as you know from reading the news. This amateur work is the real art world, as the professional art world has been acknowledging for the last few years now. These projects are problematic, but there have been some that seem to work equally well for the amateur and the artist, such as Song Dong's collaboration with his mother in Waste Not and Cai Guoqiang's collaboration with peasant inventors in Peasant da Vincis, currently on view in Shanghai at the Rockbund Art Museum. 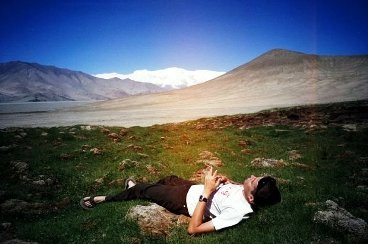 GK: What is Lijiang Studio up to for the rest of the year?

JB: In Lijiang, I think we will start to do some casual exhibitions presenting people's recent work or even their proposals for their next projects. A French record label will publish a recording we made at that studio, I'm hoping that will come out by the end of the year. I'm also trying to arrange for two Chinese artists Na Yingyu and Li Lisha to work in Nicaragua this fall, part of an ongoing effort to develop new works from the network of Lijiang Studio 'alumni'.

Documenting change: DV in the PRC

Hey!!! Jay!
Such great things you are doing!! and thank you so much for these wonderful sharing evening! Glad to know you!
see you soon!